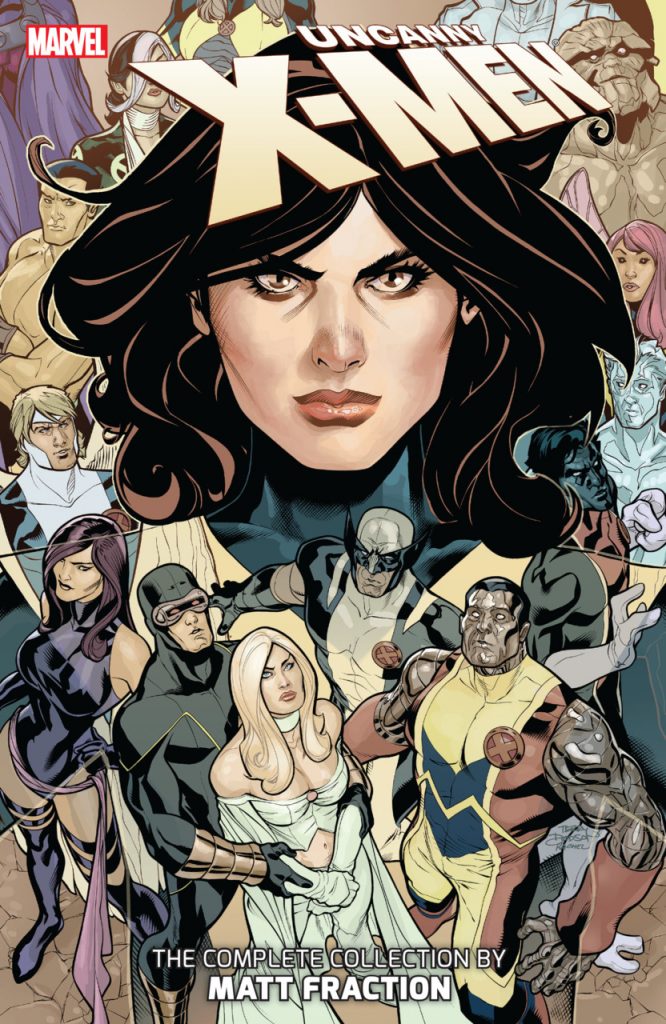 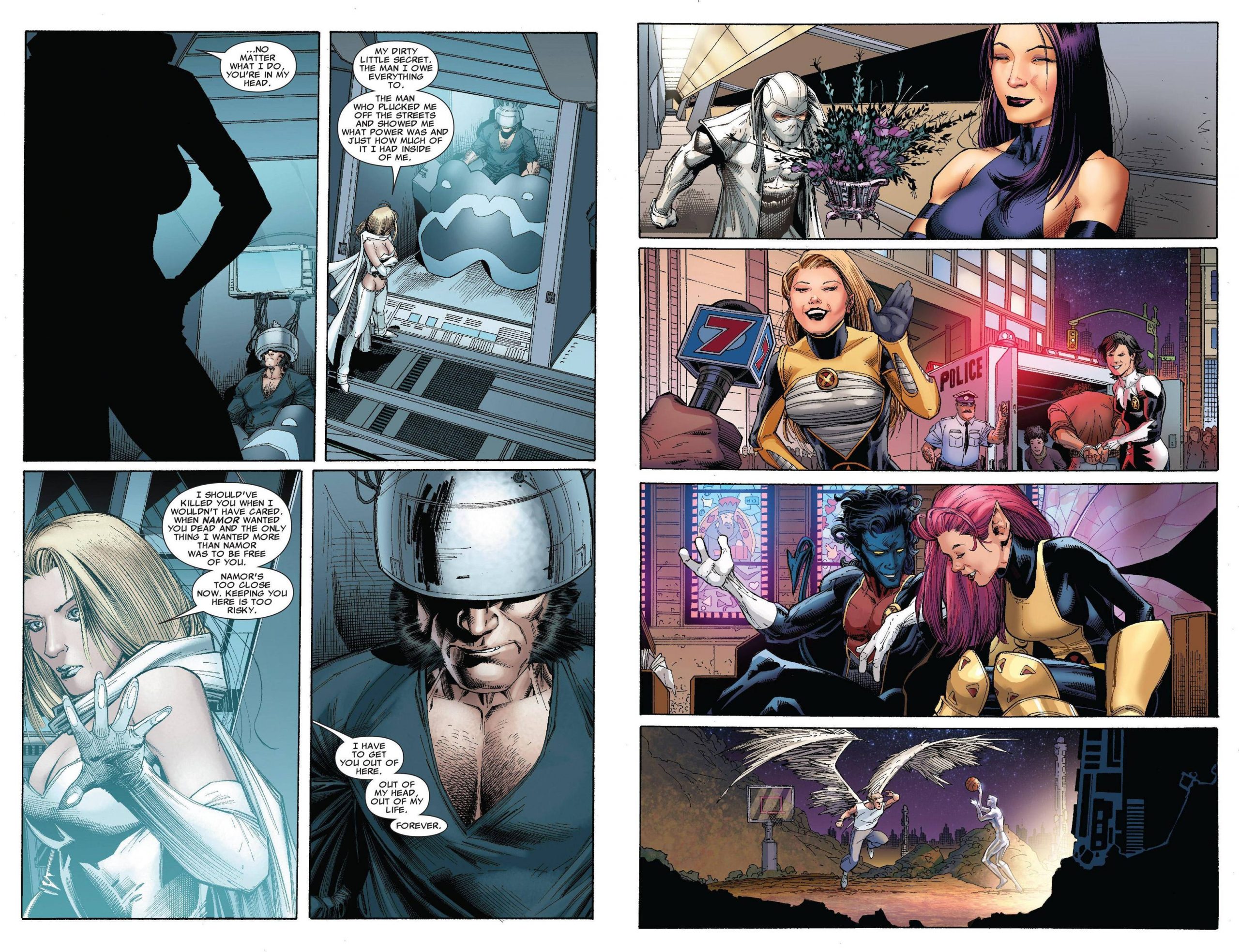 It’s perhaps picky to note this isn’t the Complete Collection of Matt Fraction’s later work as it omits three chapters of the Second Coming crossover he wrote. Had they been included, though, this review would have moaned about the lack of value to three isolated chapters from a larger continued story. By way of compensation there are three solo stories starring Cyclops, Beast and Hope Summers.

Matt Fraction’s run isn’t held in the highest regard by hardcore X-Men fans, and perhaps they’re under-rating the writing. Many don’t like primary artist Greg Land, the superficial gloss all too rapidly descending into exploitatively posed and skimpily dressed women inappropriate for the title. Fraction, though, produces page-turning plots, interesting character-based drama, and clever solutions to the problems he’s set up. Three primary plots run through this selection. There’s the machinations of the Sublime Corporation and their attempts to subvert the X-Men, Hope Summers activating the first new mutants in several years, and what Emma Frost has on her conscience. All three plots play out enthrallingly, during their course there are several surprises, and Fraction takes the cast in interesting directions. Within that there are a few dips, but more highs overall.

Other than Land, the artist drawing the most pages is Whilce Portacio, a somewhat low key return for an artist whose previous X-Men work made him extremely popular. He’s not at all impressive on the Cyclops solo story, serving up angular figures and unambitious layouts, but the subsequent pages of Hope Summers searching out and powering up new mutants are fine for a story that doesn’t work as well as it should overall. It has moments, including the introduction of interesting new characters, but fails to sustain the better elements. Paul Renaud and Harvery Tolibao only draw a couple of pages each, while Steven Sanders and Jamie McKelvie draw the Beast and Hope Summers solos respectively. They’re both very good, and McKelvie would rapidly develop further, becoming stronger with what are sometimes awkward expressions and poses here.

Unlike the other material, the solo stories aren’t included in the paperbacks Nation X, The Birth of Generation Hope or Quarantine, but inform the remaining material, which references some events. It spotlights three characters at the crossroads, needing to decide on a direction and finding it in the course of conversations with surprising people. Like in the main stories, Fraction’s dialogue doesn’t always quite fit preconceptions of the X-Men, but the interest he generates in the plots and the people overcomes it.

If you’re not a fan of the art, try looking past it for some quality X-Men plots and character moments, although it’s appreciated that may not be possible.