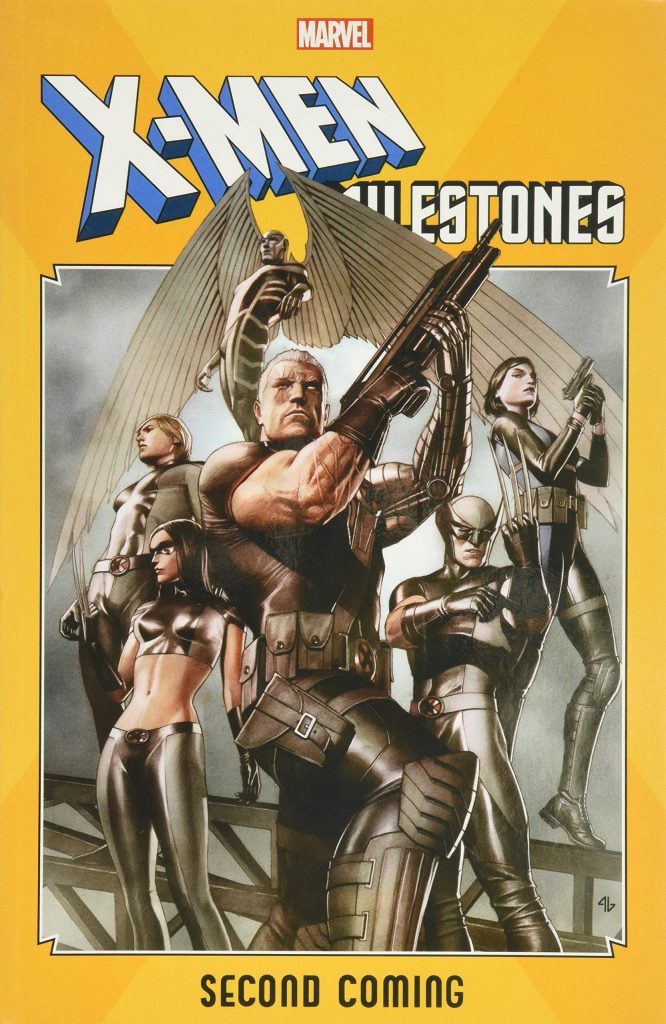 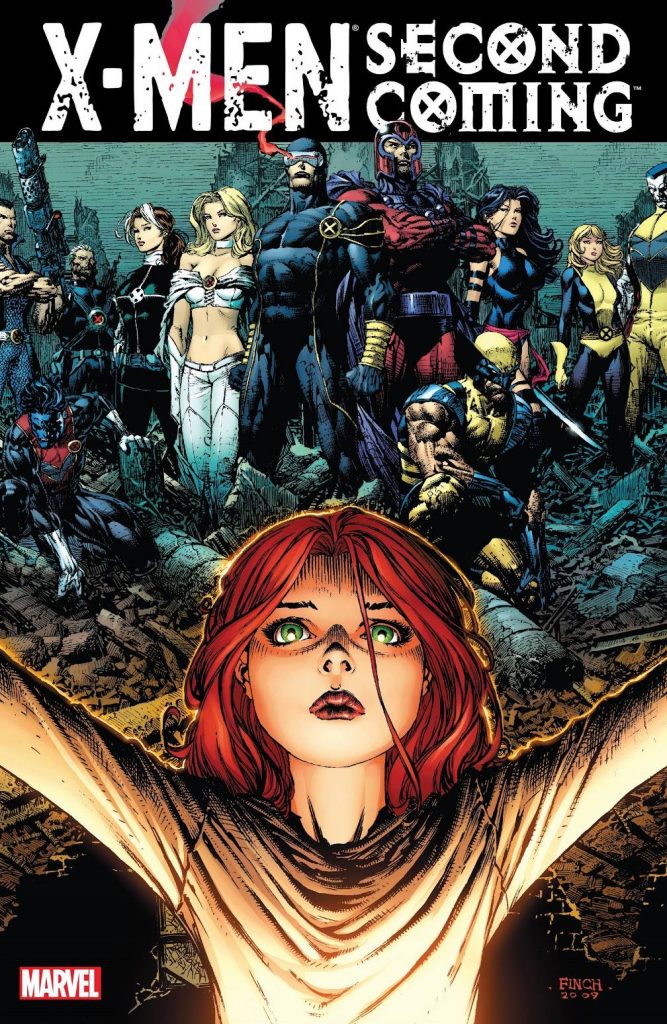 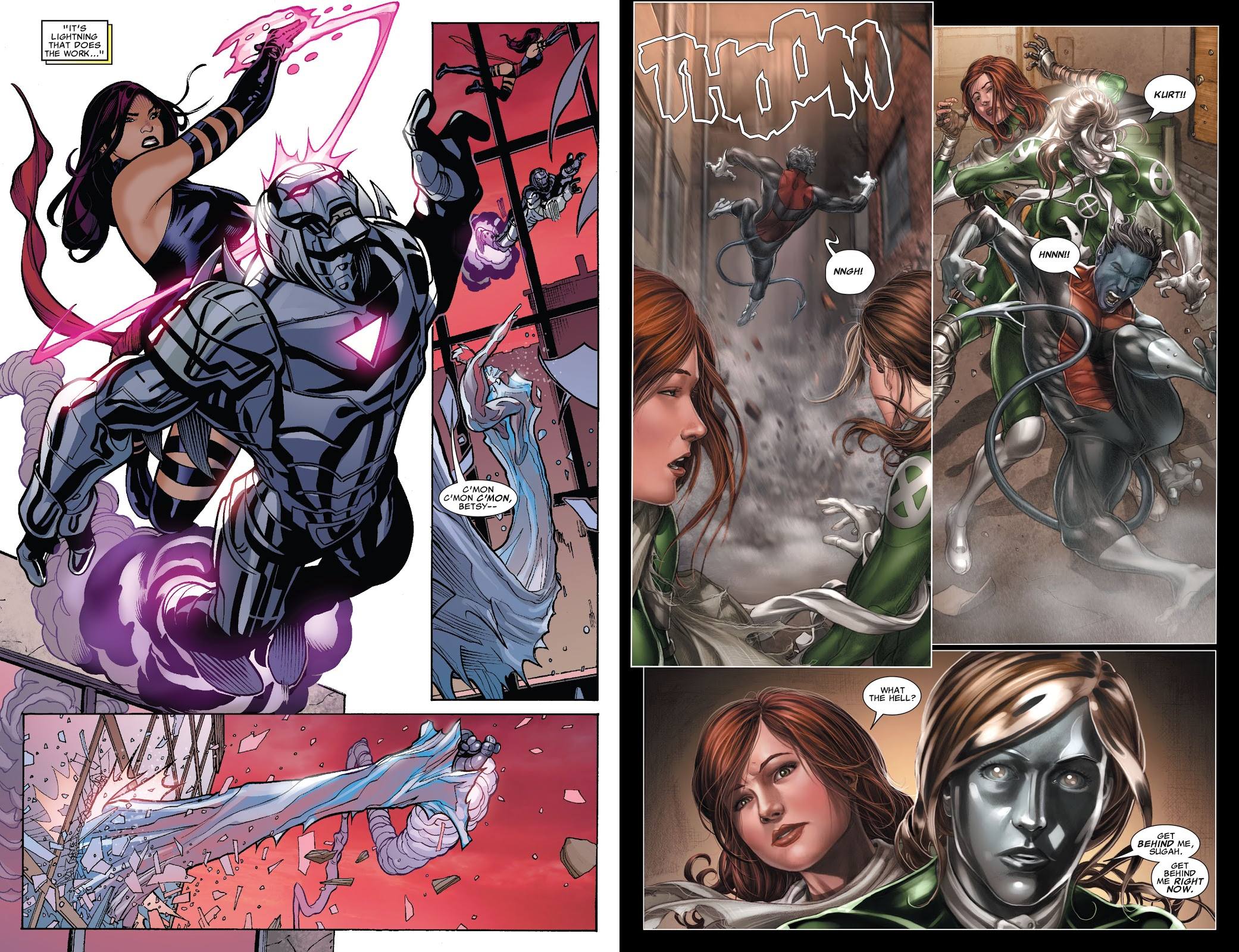 Second Coming is an X-Men event, originally crossing over between all the mutant titles, yet lessons have been learned from the past. This isn’t the usual patchwork where various creative teams prioritise their characters. Instead a priority is given to telling a continuous story maintaining a chapter to chapter continuity despite the changing creative teams. When Mike Carey and Greg Land pick up from Zeb Wells and Ibraim Roberson they’re continuing directly in most cases.

The event is the return of Hope Summers, the one mutant born since the mutant population of Earth was reduced to under two hundred. She’d previously been sent to the future as a baby to be raised by Cable, and when they return to the present day Hope is a teenager. Their return alerts both the X-Men and the forces opposing them with an agenda of wiping out all mutants, and the assorted creators take it from there.

While the writers are credited for individual chapters, there has to have been collaboration for Second Coming to read so smoothly, and for the story to be an escalating series of different threats rather than a single threat running on too long, which is often the crossover case. This is further used to address points of contention, an early one being Cyclops having sanctioned X-Force, a team of X-Men led by Wolverine who kill if necessary, and later a hostile undercurrent. Some mutants on Utopia don’t conceal their view of Hope not being worth the trouble they’re put to. Moreso than the usual X-Men outings, the initial battles are presented as a war involving cars and planes alongside powers, and the way the anti-mutant faction always seems a step ahead is neatly written, as is the desperation it produces.

Terry Dodson and Michael Choi supply the sample pages, but most of the art is of high standard with the proviso being a tolerance of Greg Land’s photoshopped modifications, and the strange expressions and poses produced. Although some artists dip nearer cartooning than others, a form of realism is the priority.

While the continuous plot is lesson learned, one still not taken on board is that a character death is lazy writing, not a massive shock. Marvel have long considered an event has no meaning unless someone dies and there’s much soul-searching and hand-wringing thereafter, even though everyone but the X-Men themselves knows said character will be resurrected in a couple of years. It happens here.

A few bugs apart, Second Coming is considerably better than your average X-Men crossover, a high-octane thriller that keeps moving from start to finish and has an impact beyond the story. Well done.

Having united here, the two X-Men titles go their separate ways again, continuing in Aftermath and The Birth of Generation Hope, with a new version of X-Force picking up in Uncanny X-Force. Second Coming remains fondly remembered, and has been reissued under the X-Men Milestones title.