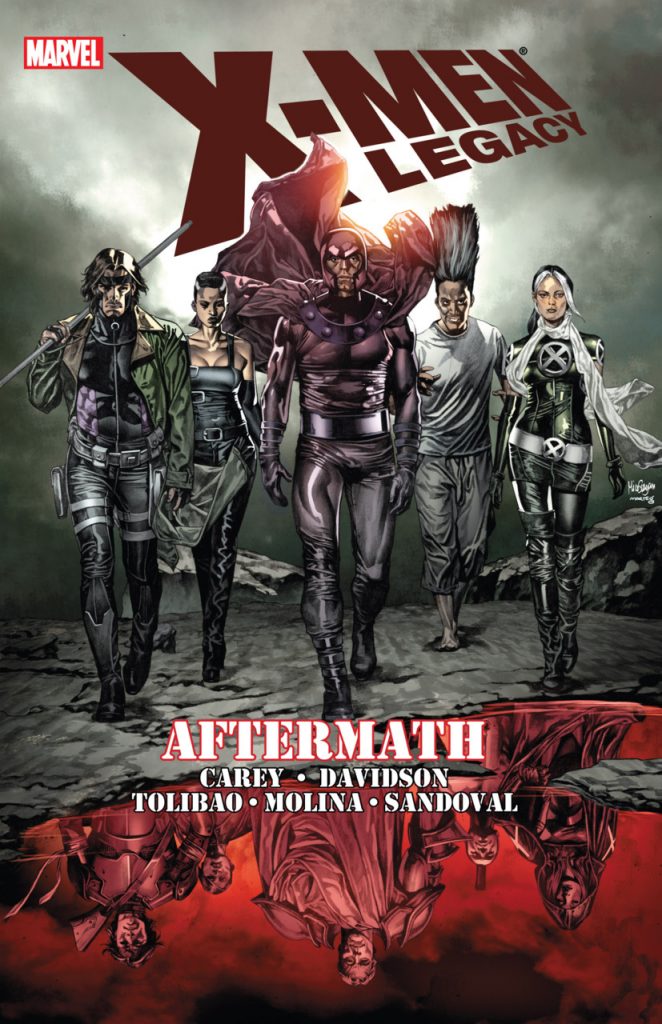 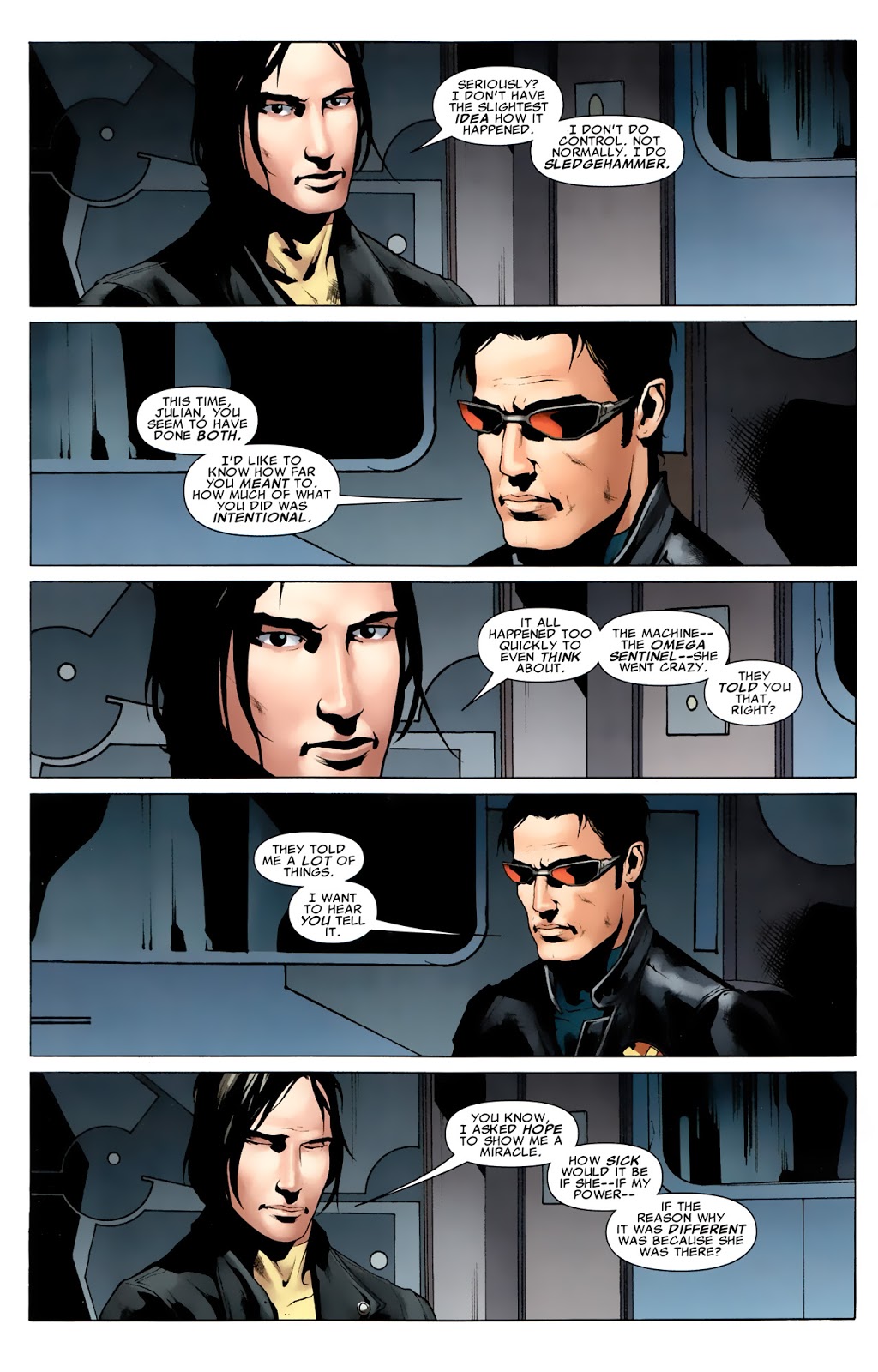 Having finished his story set in India, Mike Carey takes his team back to Utopia island outside San Francisco to deal with the devastation caused during Second Coming. Over the opening chapters he sets some suspense by relating a tale of civic reconstruction in hindsight. Debriefing pages perpetuating a tension about a disaster after it occurred are placed between those telling the story as it happened. Carey toys with readers, leading in one direction when the threat is actually something else altogether, and the result is ultimately a well plotted tragedy in two respects. Carey’s story is one of two halves, the first teasing and interesting and the conclusion a ho-hum coda to the Emplate story.

The artist responsible for the sample page, Paul Davidson, isn’t on top form. His layouts are limited to some degree by the story construction, but the figures and faces are very flat, not standing out from the background adequately in places. On the following episode Harvey Tolibao’s art predicts the future more than Blindfold in-story, his being the sort of efficient European action art that a couple of years after Aftermath would be Marvel’s standard house style. It’s technically a cut above Davidson’s work, but lacking any emotional depth.

There’s a leap between the third and fourth chapters because yet another X-Men crossover has intruded, the sixth during Carey’s run. Age of X has by now run its course, and the way assorted X-Men were transformed and what they did has scarred them. Over the past several Legacy graphic novels Rogue has been the core for Carey, and something he’s been teasing with is the relationship she once had with Magneto, which he seems keener to restore than she does. It’s not been Carey’s most elegant sub-plot, and at first it seems the opening chapter is a springboard for bringing it to an end in the second, but that’s not the case. It does feature a chilling look at a young Magneto and several more cameos before heading to what will continue in Lost Legions. Legion’s fractured personalities were the basis for Age of X, and now a method of controlling them has revealed a flaw. Jorge Molina and Rafa Sandoval each draw one of the closing chapters

Aftermath is a collection that shines for a few brief moments, but frustrates for a lack of consistency. Part of that is being a victim of quality. Carey’s good with so many characters, when some seem to be discarded like so many old chip boxes, it’s disappointing. Don’t look for the likes of Blindfold, Hellion or Paras in Lost Legions either.