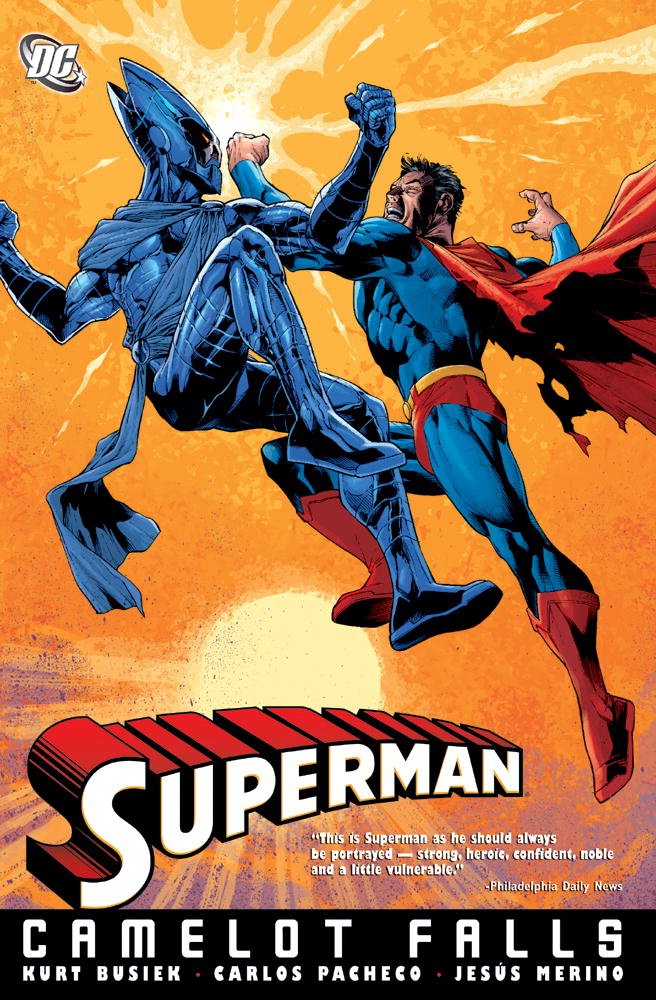 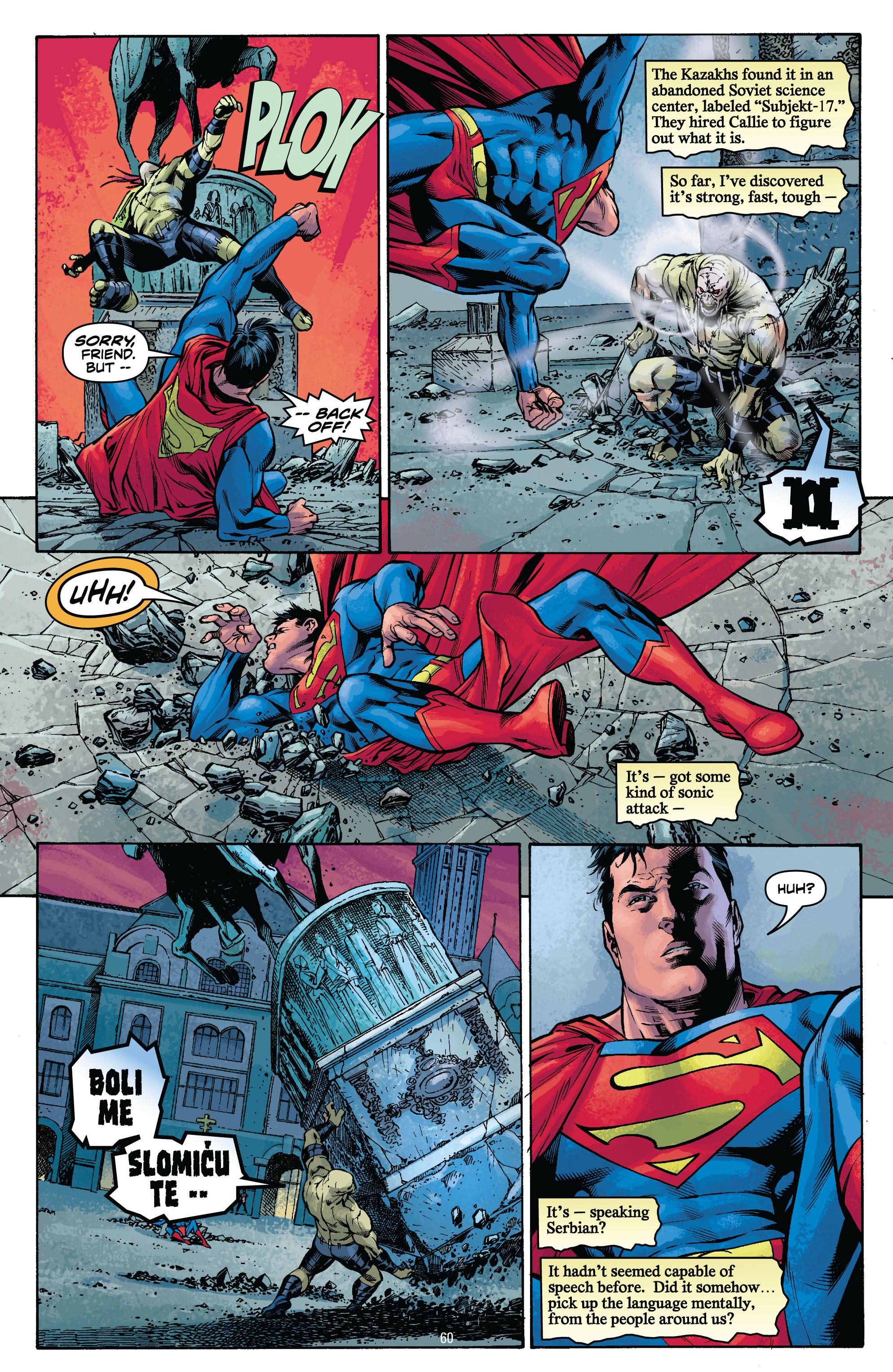 There’s a constant sense of wonder about Camelot Falls, and that’s the way it should always be with Superman. Kurt Busiek envisages him as the hero capable of dealing with threats that no other superhero can, and with Lex Luthor disgraced and out of the picture there was an opportunity to re-establish this in 2007. To this end Busiek constructs enemies living up to his ideal of Superman, new foes able to go head to head with him, given credible backgrounds showing how they can do this. As if that’s not enough, Busiek includes a sorcerer from ancient Atlantis at the midway point laying out the future in great detail.

Busiek’s ideas about Superman are clever and plentiful. These aren’t all connected with Earth shattering events, but build colour via figuring out how his powers work to his advantage in other situations. One concerns Clark Kent’s in-flight reading, which is salted with microdots, each containing a complete book enabling him to read several dozen in the course of a flight. More prominent is an ability to consistently focus in on a single voice talking to him somewhere in the world no matter what he’s doing at the time. The Superman who clobbers Doomsday has always been around, but these small ideas coalesce into a greater appreciation of what Superman actually is.

With an average artist the effect would be diminished, but Carlos Pacheco is well above that level. For someone who’s almost exclusively concentrated on superhero comics, he’s extremely thoughtful about the small moments, the interludes that contrast what Superman’s doing in moments of crisis. His everyday people have a natural quality, if almost all having an unnatural glamour about them. Their expressions and movements are the natural aspects, and there’s never been any doubt about Pacheco as a first rate superhero artist. The action scenes live up to that.

In presenting disasters yet to come in considerable detail Busiek has a greater purpose, but what’s rolled out is engrossing, so there’s no time to wonder about that. A book that begins with the well pitched sentimentality of Clark and Lois’ anniversary, takes several swerves before reaching a surprise ending leading into Camelot Falls: The Weight of the World. This opening is thoughtful and surprising. More of the same please. 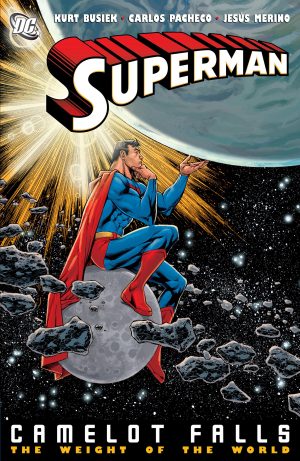