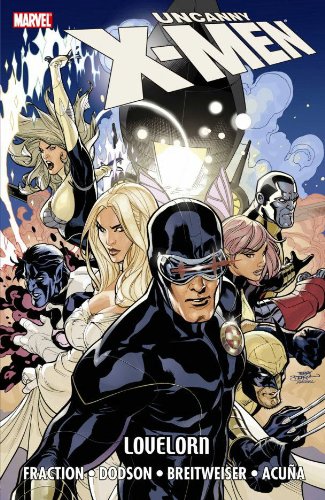 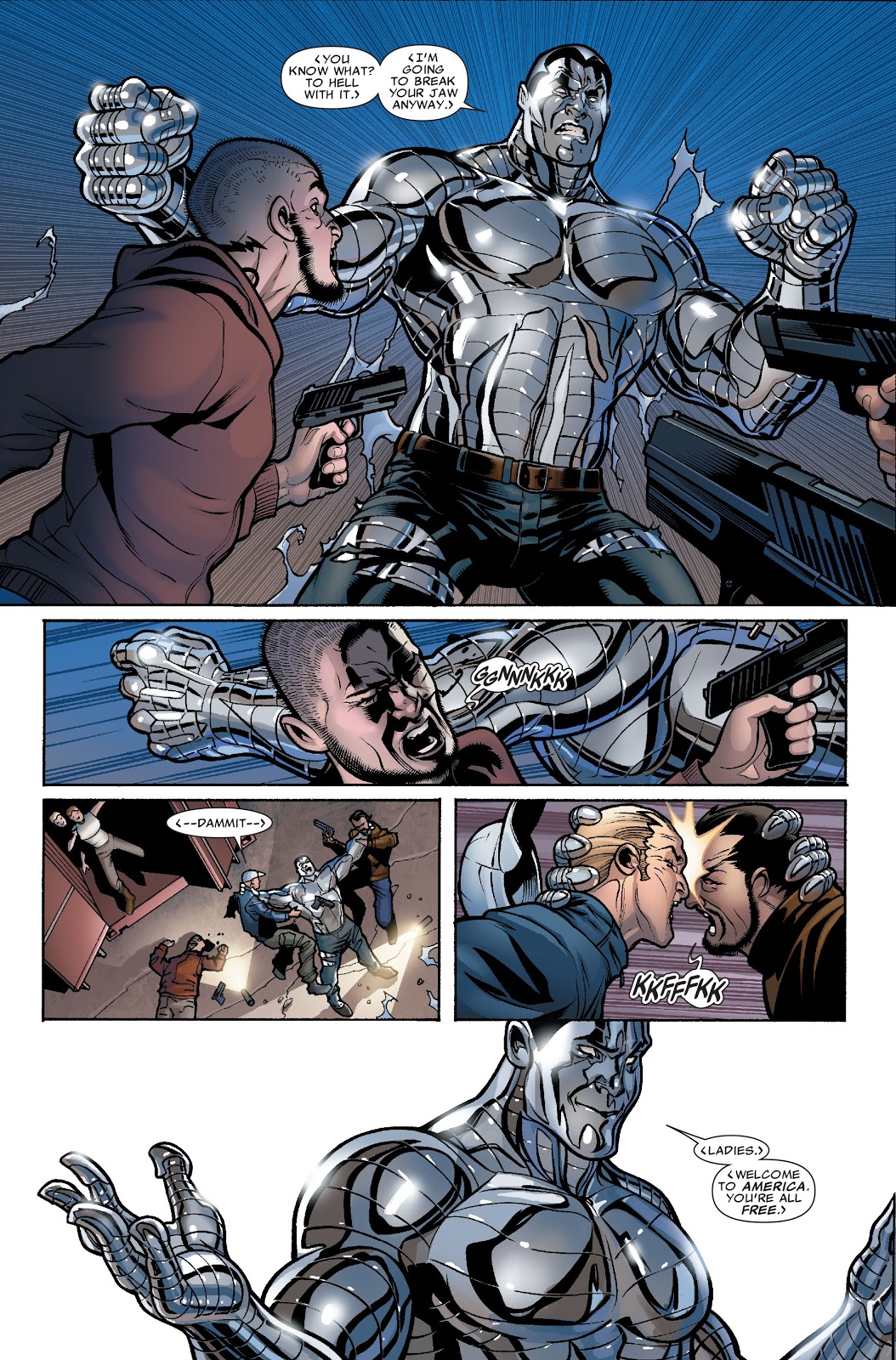 The past hangs heavy over Lovelorn, but then that’s the case for so many X-Men graphic novels. Although she later returned, as is the case for so many X-Men, over the opening chapter we see Colossus really having trouble getting over Kitty Pryde’s ‘death’ before a horror from his past resurfaces, spliced with Cyclops repressing his past. There’s also the problem of the mutants that are mutants no longer. All three plots grab the interest, which is Matt Fraction doing his job well, but in mining the past he also looks to the future, repurposing a long-lived scientific genius as Doctor Nemesis. His arrogance and certainty is a highlight of Fraction’s run, but he’s a character no-one has adequately used since. Also pulled from the past is the idea of a highly motivated and politically connected individual with an anti-mutant agenda, which is cleverly tied in with the X-Men’s new San Francisco location, a city with a history of embracing tolerance.

Another of Fraction’s additions is little text boxes for the first time any character appears in an individual chapter. It’s thoughtful, and means that his X-Men can still be easily understood all these years later without having to wonder who someone that’s slipped from the limelight is. At the time, some readers objected to their sardonic tone.

Terry Dodson is an artist who also deals in sexualised portrayals of women, but what differentiates him from Greg Land on Manifest Destiny is a greater reliance on his own artistic skill and a more timeless figurative quality. He pushes boundaries of taste, but his objectification has a classic lineage stretching all the way back to paintings hung in galleries. It’s not only his women that come as classically chiselled, and he tells the story thoughtfully, knowing when close-ups are the best option and when the viewpoint benefits from being pulled out.

Two plots come to dominate, very nicely juxtaposed and cross-cut in the final chapter. One brings a story to a close and the other opens new possibilities from a secret that’s been kept from teammates, with Colossus given a rare outing in the spotlight. He’s so often used as the muscle, and while his sensitive side dates back to his earliest appearances it’s not commonly explored beyond superficiality. Here overcoming one ghost helps him overcome another.

Marvel titles had frequently referred to Namor, the Sub-Mariner as the earliest known mutant, but his connection with other mutants remained distanced until Fraction embraced him for the X-Men. That process starts here with a dip back into the past set at a Hellfire Club event combined with the present day of Dark Reign, where under Norman Osborn the lunatics have taken over the asylum. While the earlier material is good, this is lower on action, but high on the politics of power and a continuity implant introduction to the earliest meetings of Namor and Emma Frost. The past and present are separated by the very different, yet both appropriate art styles of Daniel Acuña and Mitch Breitweiser. It again inserts more adult content into the X-Men, but via a better interpretation of the term ‘adult’, acknowledging how some attractions are complex, and is a glorious insight into both personalities. It’s also a glorious insight into what Fraction could bring to the X-Men once he warmed up.

All these stories are combined with others, including next volume Sisterhood, in Volume 1 of Uncanny X-Men: The Complete Collection by Matt Fraction.