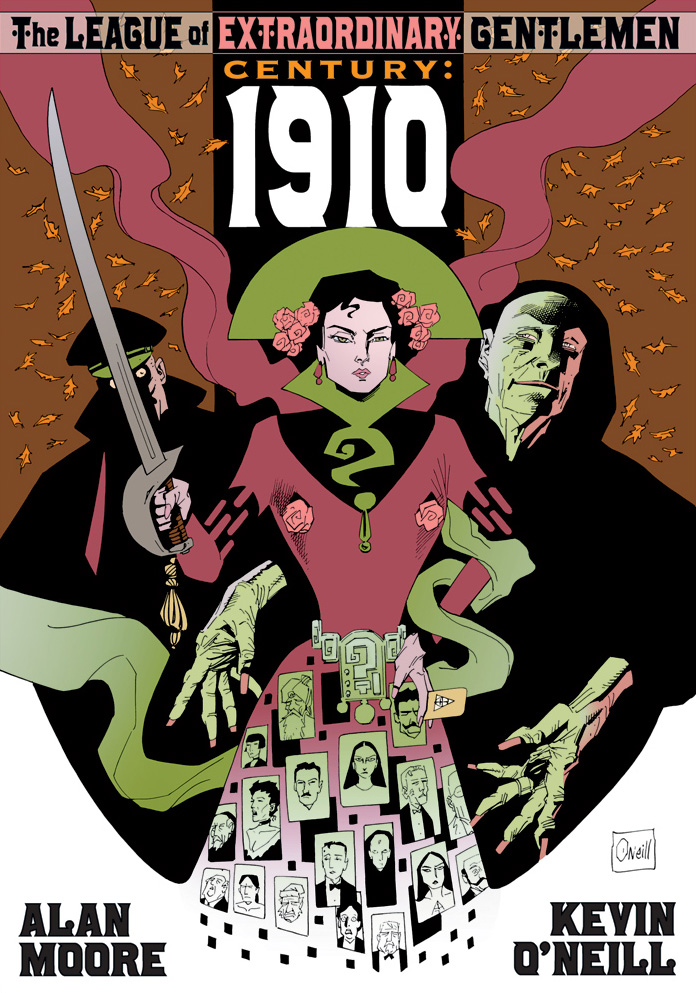 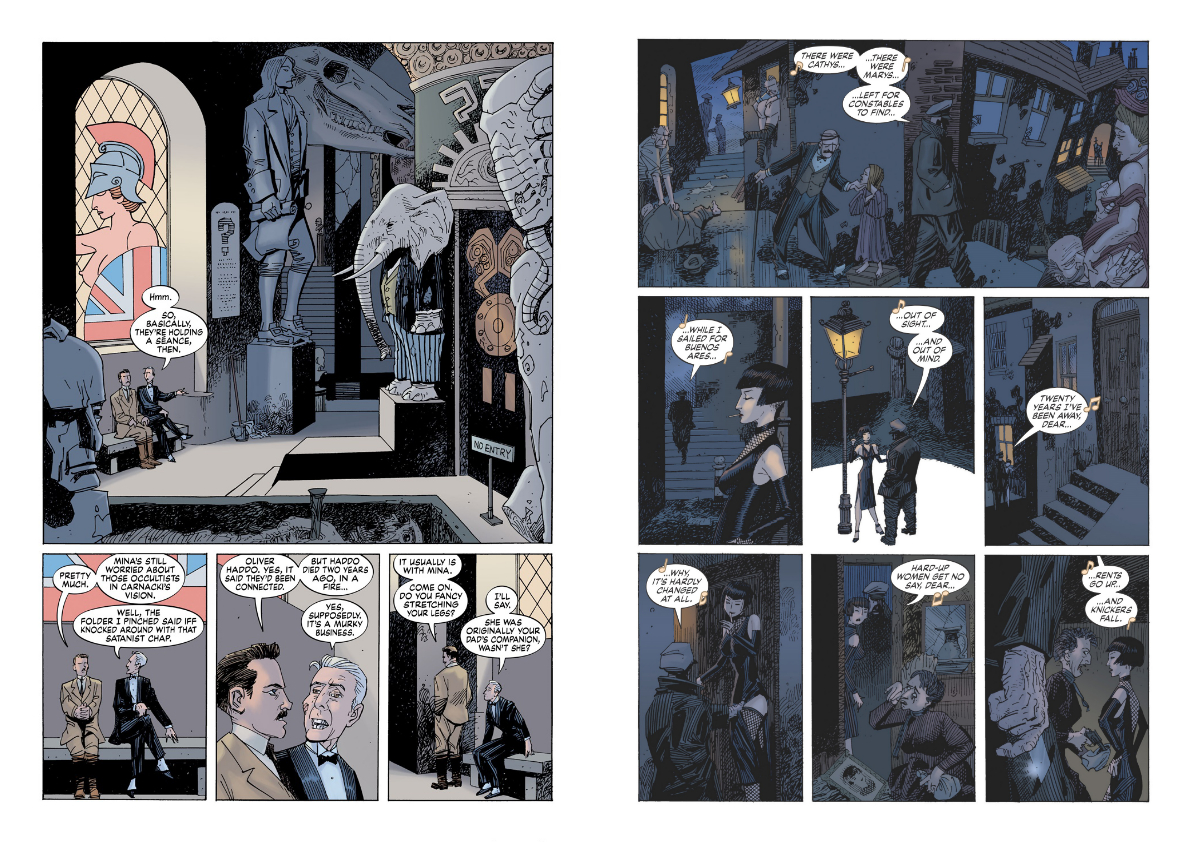 The League of Extraordinary Gentlemen has a brilliant premise: what if all fictional characters could interact in a shared universe?

In the first volume set in 1898. Dracula survivor Mina Murray (aka Harker) assembled a “menagerie” of proto-superheroes, to protect the British Empire “in its hour of need”. Volume 2 continued the story of that team, after which creators Alan Moore and Kevin O’Neill supplied The Black Dossier, described by Moore as a sourcebook. This introduced the ‘Murray Group’ of Century 1910, with immortal transexual Orlando, gentleman thief A.J. Raffles, and occult detective Thomas Carnacki, joining survivors Mina, and Allan Quatermain. While the series should ideally be read in order, each of Century‘s three books satisfies as a self-contained novella, although they were subsequently merged in the single volume Century.

Moore ingeniously extends the characters within their fictional realities. This means that in Century 1910, Captain Nemo, already mature in the 1898 stories, is on his death bed, whereas Murray and Quatermain are now credibly ageless like Orlando. This enables the latter three to appear in subsequent chapters 1969, and 2009, completing a composite novel over the Century of the title.

Century 1910, then, opens with Carnacki amidst a dream of occultist Oliver Haddo and acolytes, plotting “a strange and terrible new aeon”. With the ominous Halley’s Comet coinciding with the impending coronation, the British establishment, represented by one Mr Bond, are glad of the Murray group’s input. The new characters lack the established appeal of departed members, Invisible Man and Mr Hyde, but Moore is adept at hooking the reader, before weaving the required orientation into the plot and dialogue (pictured, left). For example a premonitory dream introduces Carnacki, then a mission to his occultist club introduces the other team members, with Raffles appropriately stealing files, while the others fish for leads. As the team investigate the premonition, other events explode around them.

The book is stuffed with fascinating, if often obscure borrowed characters, like Norton ‘the prisoner of London’, who reappears in the 1969 and 2009 books. However, such intertextual references are like the easter eggs in films and games: an extra treat for those inclined to search for them.

The plot of Haddo and the prediction of a magical child continues into next book Century: 1969. All three parts were later combined as Century.