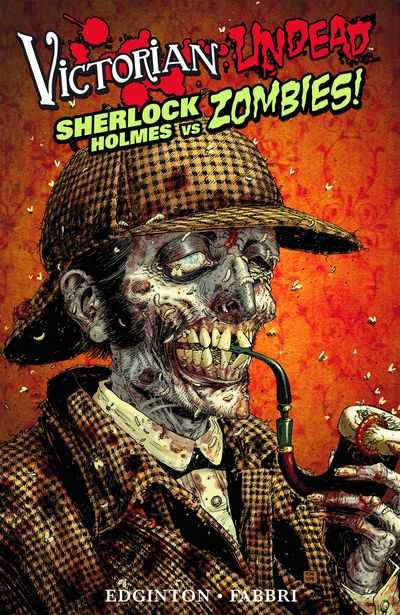 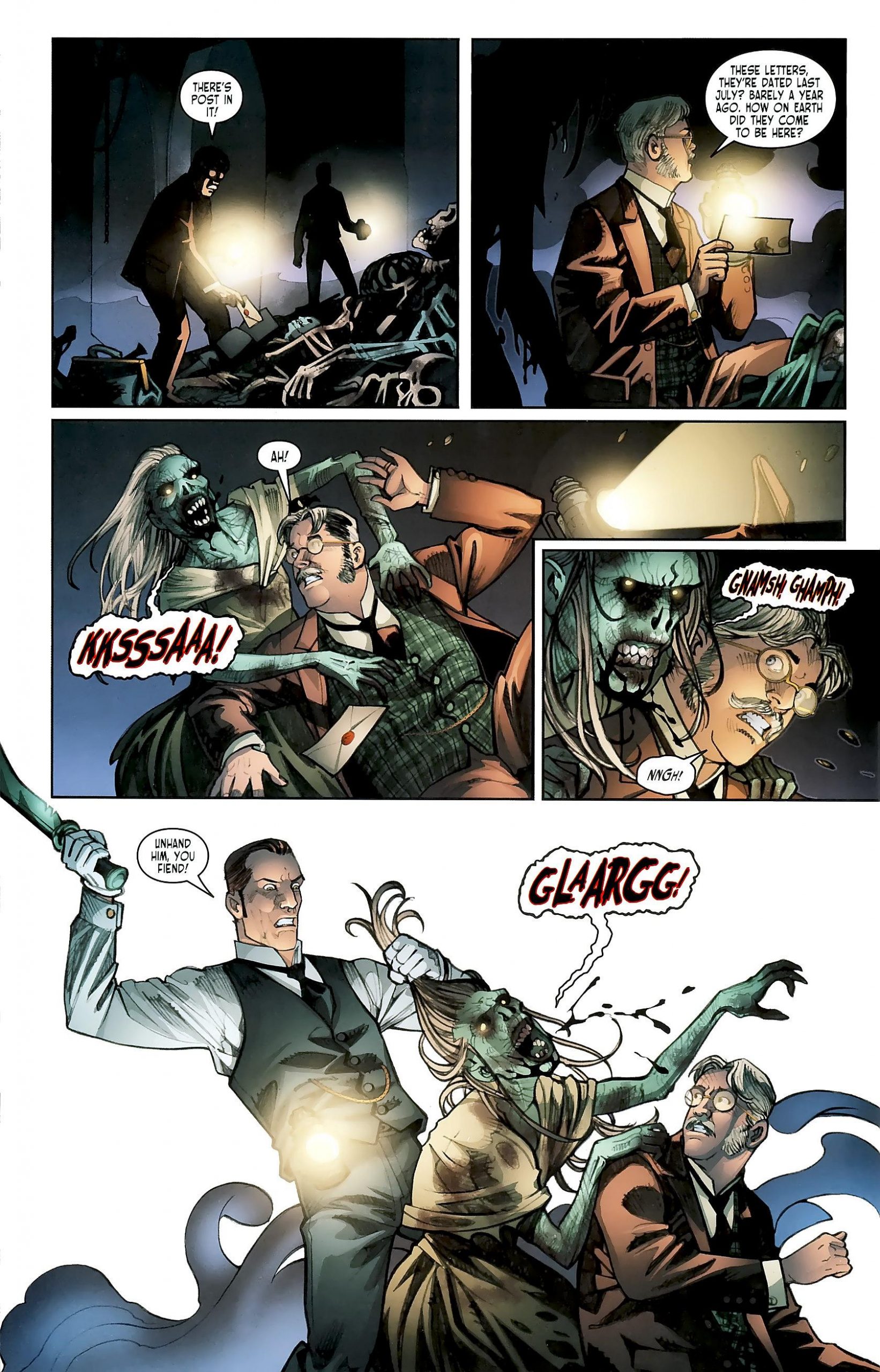 It’s a title that says it all. He may be smart, but how will that famed intelligence protect Sherlock Holmes from a horde of zombies?

For starters, it’s nice to have an English writer on a period piece set in England. Ian Edginton might slightly play up the phoneticised accents, but he provides authentic voices. He takes the actual incident of the Broad Street water pump spreading cholera around a densely populated poor area in the 1850s as the cause of his zombies, referred to as revenants by Holmes, who’s dissuaded from investigating further by secret service agents. That naturally only serves to increase his curiosity about something that appears impossible, just the sort of mystery he likes.

Edginton nails Holmes and Dr Watson, respectful recreations preceding the phenomena of the Sherlock TV series, while Davide Fabbri brings the 19th century to life via contrasting worlds. The opulence of high society is very different from the lives lived by the many, yet there’s further visual invention via the protections of earlier centuries being employed against the zombies. Fabbri puts a lot of effort into every page.

As well as attaching Victorian Undead to actual events of the mid and late 19th century, Edginton latches onto Sherlock Holmes continuity, ingeniously twisting one of Holmes’ most fateful moments to create the primary villain. It’s not going surprise many who immerse themselves in Holmes and his world, but is the crowd-pleasing solution. That really applies to the entire project. It never strays from the core principle of the title, but presents that intelligently and entertainingly as the situation escalates from unknown to universal with the fate of London at stake.

A second dose of Victorian Undead followed, this time Sherlock Holmes vs Dracula.