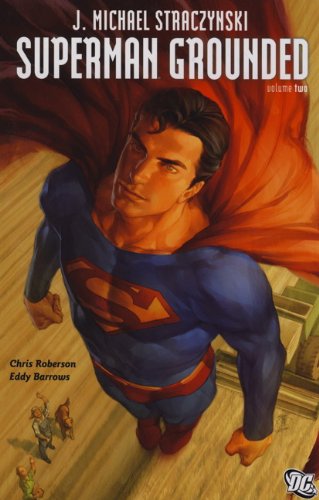 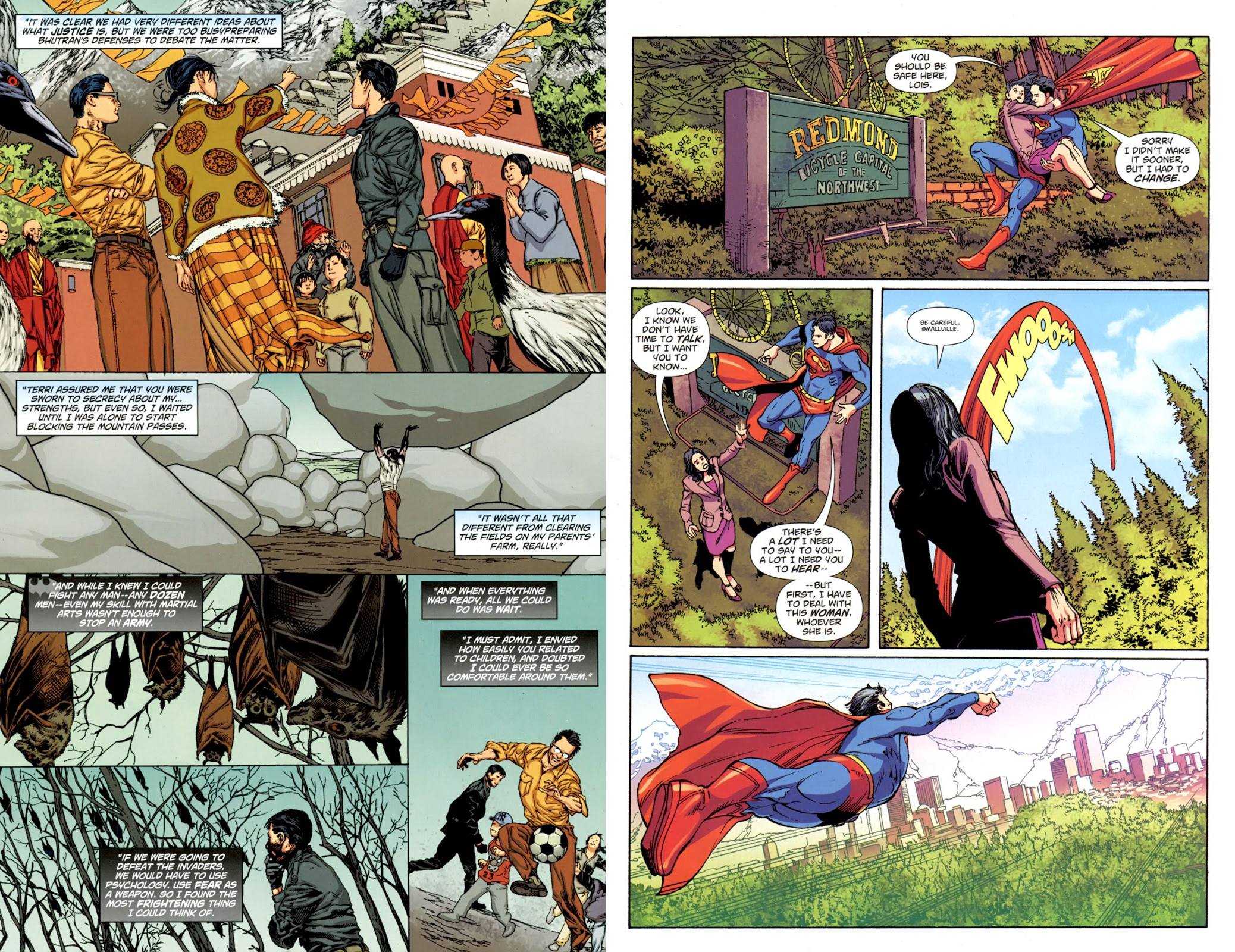 Grounded began with Superman considering he’d become too distanced from the problems of ordinary people, and the solution was to walk across the USA, helping out where he could. It’s a nice idea on J. Michael Straczynski’s part, and the result in Grounded Vol. 1 was charming scenes of Superman sorting out everyday problems that ordinary people weren’t able to. Online sources reveal that for whatever reason he quit the project, leaving only a single page synopsis for Chris Roberson to work from, meaning most of this volume is Roberson’s concepts despite Straczynski’s name prominent on the cover. While having sympathy for his being dropped into an unenviable situation, Roberson’s not as imaginative with either the big picture or the small touches.

In the opening chapter he makes a case for Superman’s journey not being down to concern for humanity, but prompted by a form of depression over events beforehand. It’s followed by the idea that Superman’s being manipulated, which rather besmirches the original idea. That original idea is further compromised by Superman’s heroism in these stories returning to his usual diet, as several other superheroes come for a chat, and super villains also appear. At least the clumsiness of a conversation with Batman Grounded Vol. 1 is recanted, but while the earlier Grounded occurred with Bruce Wayne absent, goodness knows at what point in DC’s continuity Superman doesn’t know Wonder Woman.

Most of the story is pencilled by Eddy Barrows (sample art left), now looking a little more hurried in places, with the final chapters being the work of Jamal Igle. The art generally tells the story well and brings the characters to life as intended. A fill-in chapter by Rick Leonardi spotlights Krypto, but it’s neither his nor Kurt Busieks’ finest hour.

What started so well, finishes as ordinary, with the mysteries of manipulation having greater prominence than Superman’s interactions with humanity. Roberson’s best chapter does restore that contact, via a fan taking him to talk with people, but it’s obvious and something Superman didn’t really need pointed out in the first place. Grounded’s best moments are all in the opening volume.