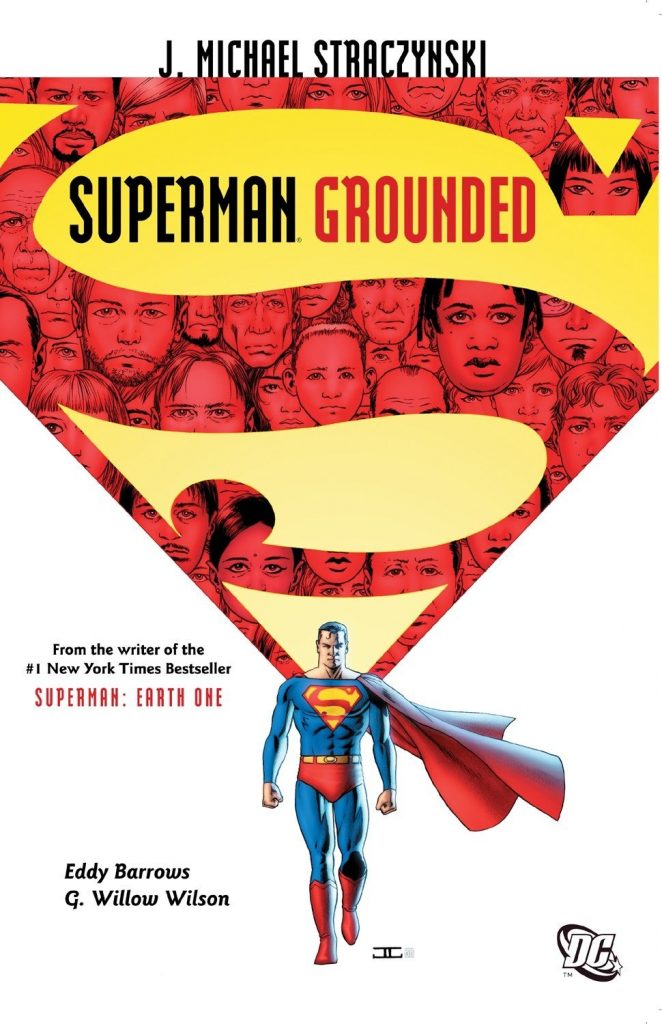 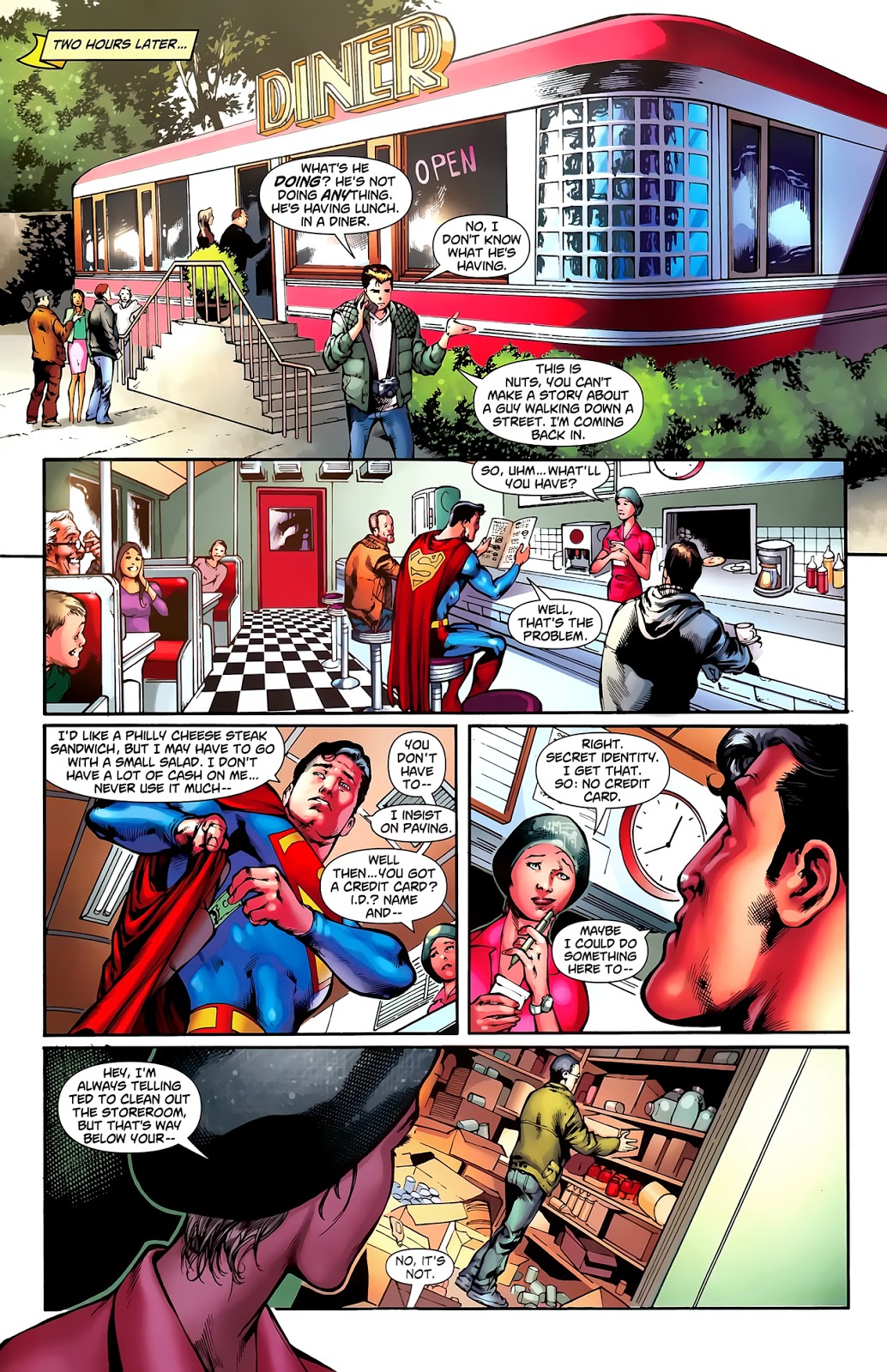 In the 1970s Green Arrow put it to Green Lantern, back when it was only Hal Jordan, that his power ring kept him too distanced from humanity at large, and the pair travelled the USA together getting closer to the concerns of ordinary people. That seems to have resonated with J. Michael Straczynski, as Grounded takes a similar starting point. Superman decides he’s going to walk across the USA, helping out where he can and mixing with whoever he meets along the way. It’s a brilliantly simple idea, and in some ways takes Superman back to his earliest days when he dealt with muggings, gangsters and wife-beaters. Back then Superman himself was a wonder, but in order to maintain that wonder over the years he’s become ever more powerful, and is placed in phenomenal life-threatening situations. Literally bringing him back down to Earth in the 21st century though, offers a new perspective.

An opening chapter sets the tone. Superman is never in any personal danger, but there’s wonder in seeing him just tidy up a diner’s storeroom, advise an old guy to have his heart checked, and clean up a neighbourhood infested with drug dealers. The big tension concerns a young woman on the verge of committing suicide, and that’s just the first of several large real world problems Straczynski addresses. It may not be to everyone’s tastes that he sometimes applies solutions beyond the real world to those real world problems, but why should there be no hope in fiction? There’s no trivialising here, just inventive storytelling.

Eddy Barrows isn’t Norman Rockwell, but his pages sympathetically convey ordinary people in ordinary neighbourhoods. This is in named cities, so sometimes Barrow supplies a civic landmark, in others it’s just ordinary people (for the most part). Just how good Barrows is at this comes into focus when other artists step in, and suddenly the people seem frozen in a pose instead of natural. Allan Goldman is the best of the replacements, but he objectifies Lois Lane.

Having begun Grounded with a good idea, Straczyski doesn’t just provide variations on a theme, but keeps giving Superman more to think about. A discussion with Batman transmits as contrived, Straczynski’s shoehorning it in as it’s something he’s always felt about contrasting methods, but other conversations have a greater resonance. This isn’t just down to Straczynski, as G. Willow Wilson writes two thoughtful interlude chapters focussing on Clark Kent’s Daily Planet colleagues, although, as noted, the art isn’t as polished. The final chapter is written by Chris Roberson and this isn’t as well handled. A disagreement between Superman and Lois is contrived and his behaviour is very different from the Superman finding workable solutions earlier on. Still, it’s the final chapter and Roberson contributes significantly to Grounded Vol. 2, so there may be an explanation.

At its best over the opening chapters Grounded maximises the possibilities of a down to Earth Superman, and is charming fun. 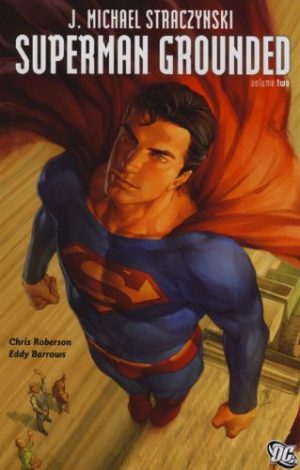