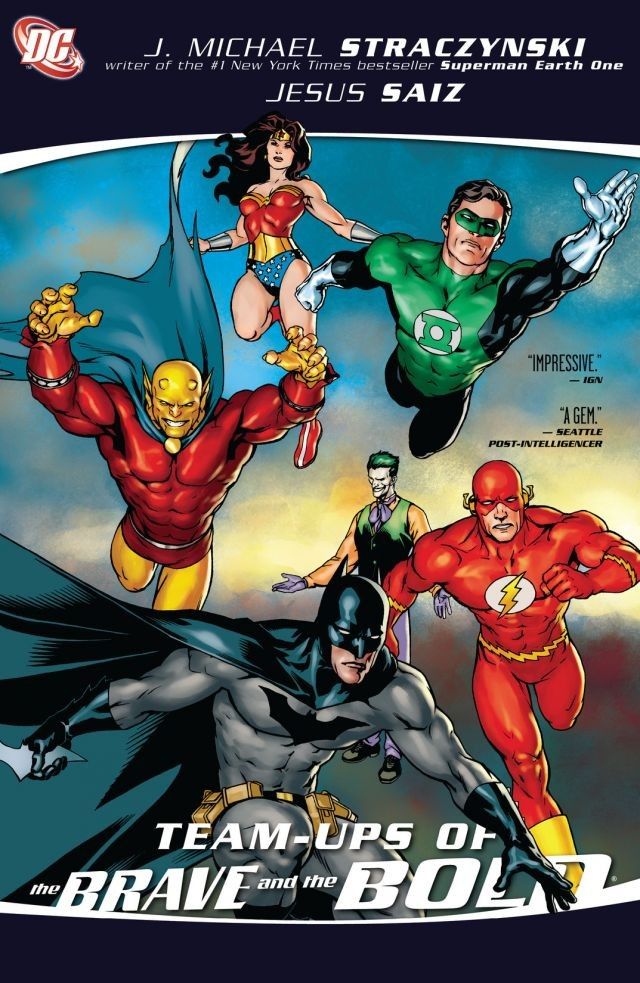 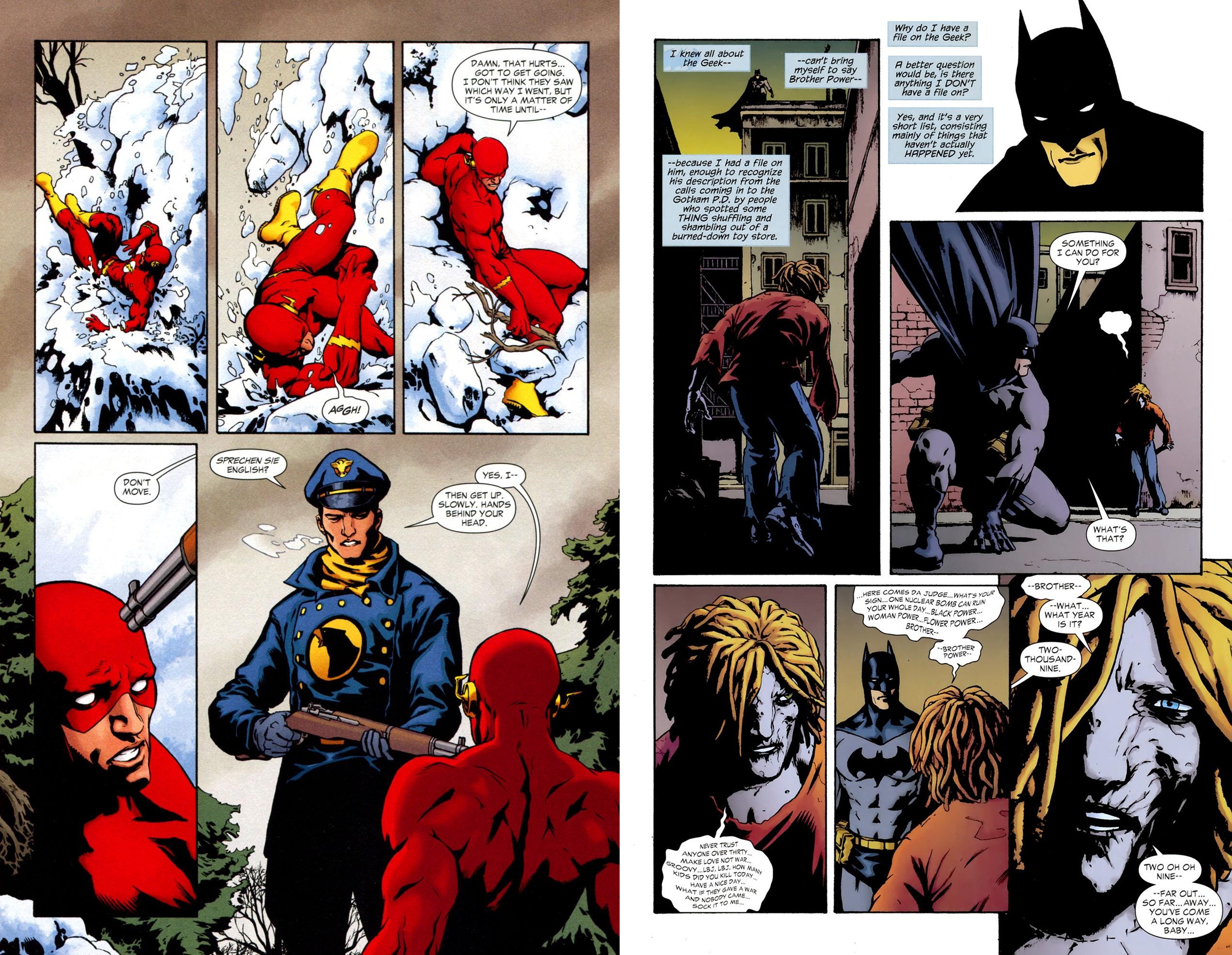 When J. Michael Straczynski had the opportunity to write team-up stories featuring DC superheroes in 2009 he changed the pattern of The Brave and the Bold, deliberately alternating the obscurities of the DC Universe with more popular characters, and nearly dropping Batman altogether. Not everything sparkles, but it’s a technique that lives up to the title as Dial H for Hero and Brother Power feature, while the more recognisable Flash, Green Lantern and Wonder Woman appear on the cover. Sadly this collection ends just before Straczynski completed his run, and his Legion of Substitute Heroes/Inferior Five story is therefore absent.

Using lesser known characters means a lack of restrictions applied by commercial requirements, so there’s greater leeway for originality, and Straczynski delivers on that, but when he’s dealing with the headliners he also comes up with something novel or inventive about the way their powers are used. In the case of the Flash for instance, it’s to curb his movement by giving him a broken leg. Flash can still move parts of his body at super speed, but he can’t run. There’s a humane quality to each of these stories, particularly Brother Power, the symbol of 1960s flower power manifesting in present day Gotham and unsettling Batman’s ideology, and Straczynski factors an ethical, spiritual or emotional problem into the heart of every one. There is a downside, as Straczynski makes his points extensively, and sometimes at the cost of a bigger story. Green Lantern and Doctor Fate discussing the inevitability of fate and destiny pays off with a neat twist, but it doesn’t make for very dynamic comics no matter how colourful their costumes.

Spanish artist Jesus Saiz draws almost the entire book, and is fantastic. He has a very clean style coupled with an innate sense of layouts and a great ability to have the superheroes look natural when in motion. When Chad Hardin and Justiniano take over the pencils for a very unusual teaming of the Atom and the Joker the art is more static. No problems with Cliff Chiang, though, in his teaming of Batgirl, Wonder Woman and Zatanna where foreseeing the future features. Maybe Zatanna also saw that Chiang, drawing Wonder Woman for the first time here, would later be her regular artist (although using a different style). Trish Mulvihill’s colouring is subtle enough that it flies below the radar on a story by story basis, but consider their various moods as a set and she contributes greatly.

Over the entire book Straczynski supplies an admirable variety of tone, with stories ranging from Lovecraftian horror to a poignant girls night out, that one seeming charming but otherwise largely pointless until the final few pages where one hell of tug to the heartstrings is delivered. The only genre absent is out and out comedy, and to be fair to Straczynski he saved that until the end of his run and the absent Legion of Substitute Heroes/Inferior Five story. There’s a lot to admire in Team-Ups of the Brave and the Bold, but it’s scattered about the assorted stories rather than presenting one undeniable classic.