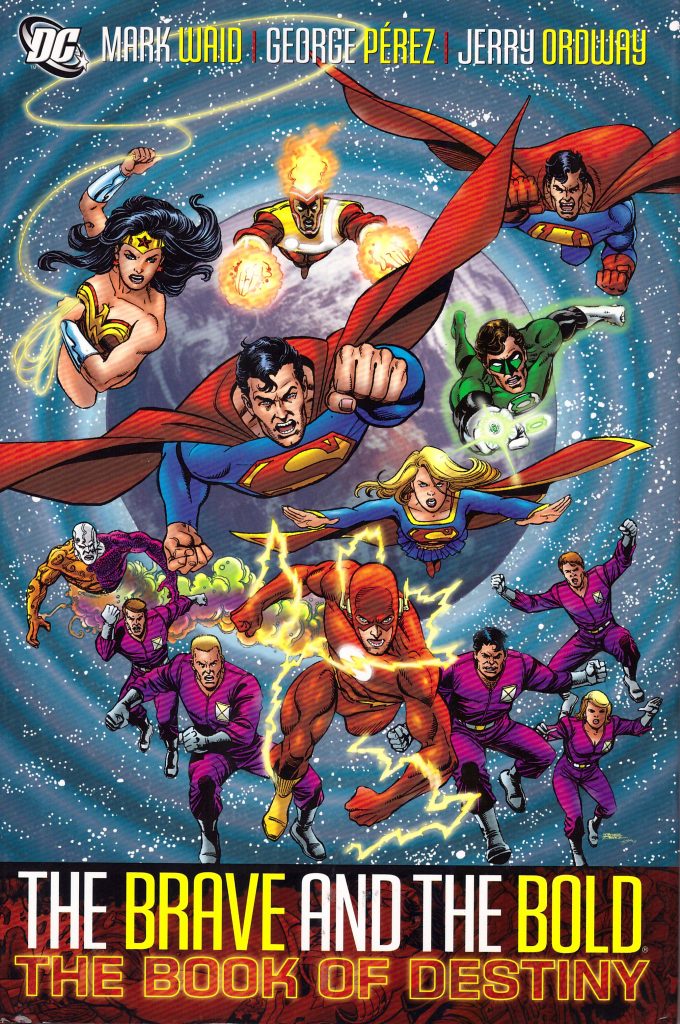 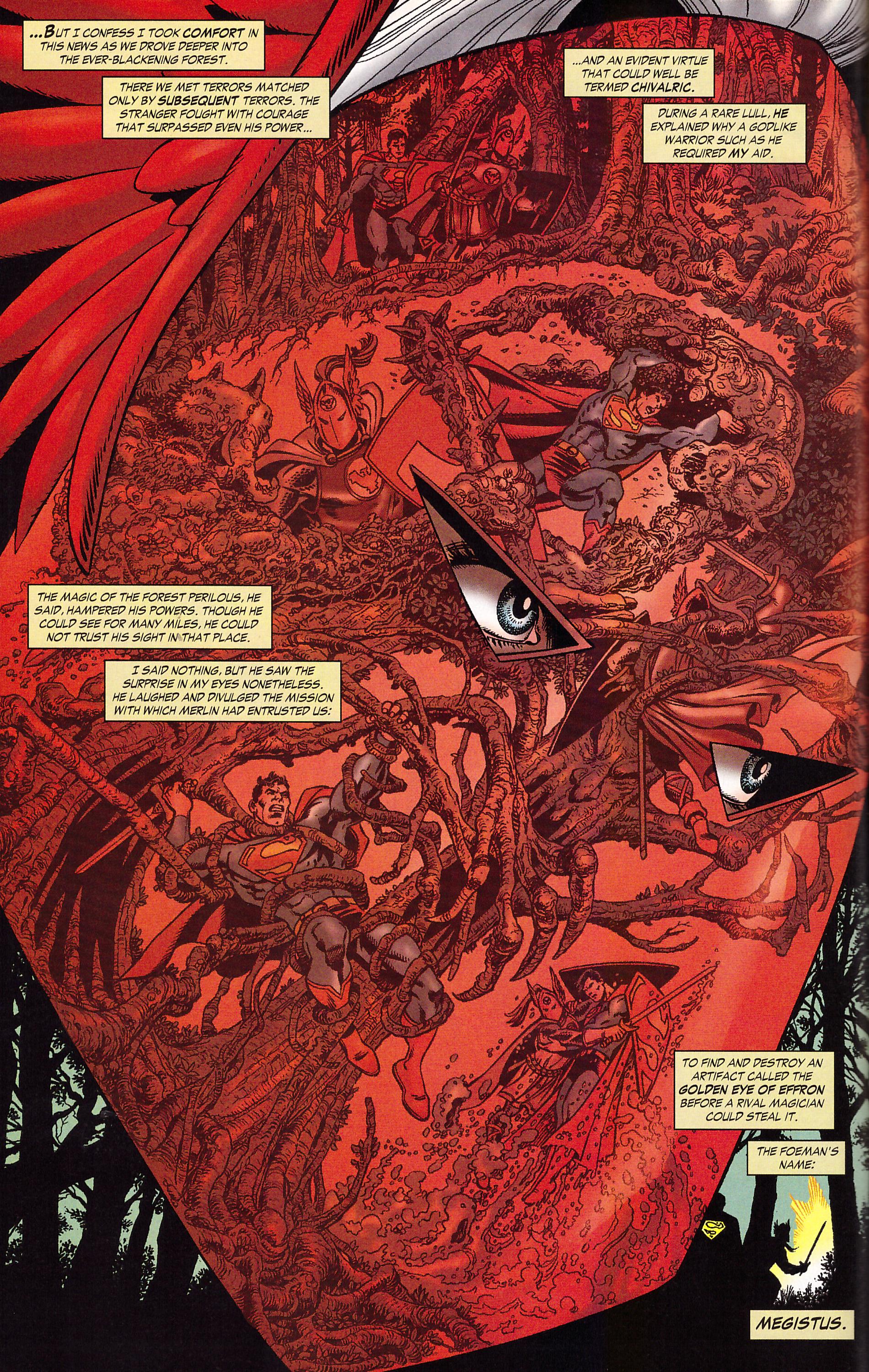 Mark Waid and George Pérez follow up on a clever extrapolation of adventure heroes the Challengers of the Unknown by making them central to a plot that spans the DC universe throughout time. It has plenty of inventive moments, unusual team-ups, and a threat that convincingly ties them all together, but somehow doesn’t thrill as it should, and it’s difficult to figure out exactly why that is.

Behind everything is Megistus, who begins as a single word upon which flesh is gradually applied. The Boy Commandos and the Blackhawks, Aquaman and the earliest incarnation of the Teen Titans or the Metal Men and Robby Reed from Dial H for Hero… they’re all battling manifestations of the same foe, while standing outside history the Challengers of the Unknown are attempting to piece the mystery together while facing their own threat. The Book of Destiny, as introduced in The Lords of Luck, is their reference, containing as it does everything that has been, is and will be. It seems to lack an index, though. Wonder Woman, Power Girl, Metamorpho, Atom, Hawkman… Waid keeps throwing in more heroes, some in very short adventures, but in each an artefact is lost.

The teamings are well considered, but don’t always work. When they do, it’s a real joy. There’s a simple charm to Superman needing the aid of the Shining Knight in the past, and Flash’s repulsion at the Doom Patrol is a nice personality touch, with Waid and Pérez cultivating an effectively sinister atmosphere. Other contrasts don’t work as well, such as Power Girl overly abrasive to the point of being obnoxious in Wonder Woman’s company.

As ever, Pérez relishes producing as much detail as possible on every page, and also manages to work in some great designs, although Waid helps on occasion by plot devices demanding a strong visual. Perhaps the work necessary took its toll, however, as the final two chapters are the work of Jerry Ordway, very good without feeling he has to match Pérez’s insane level of detail.

When revealed, Megalus is rather disappointing, and being an alchemist is slim excuse for the random artefacts and people he’s assembled, which stand revealed as plot devices. He’s also arch, prone to pomposity with pronouncements such as “Permanant transformation. Complete control. Perfect knowledge. Those are the ideals you join me in sacrificing for.” It appears as if Waid has opted for cheap sensationalism as an ending, but he’s better than that, although the idea is dropped for his next story arc Demons and Dragons.

This is still fun, but not as much fun as The Lords of Luck.