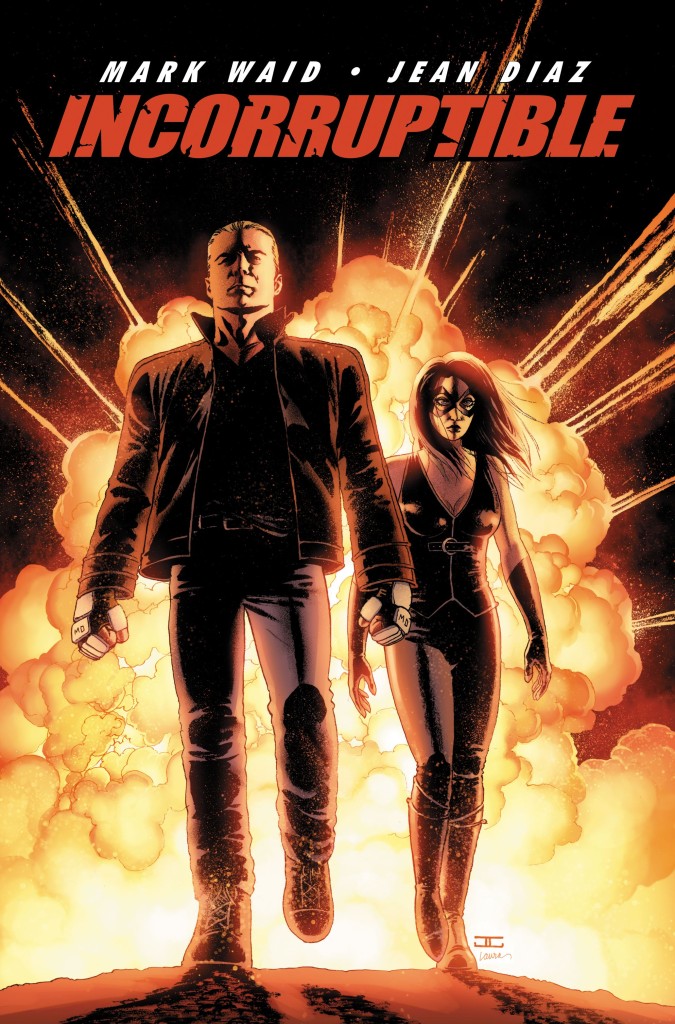 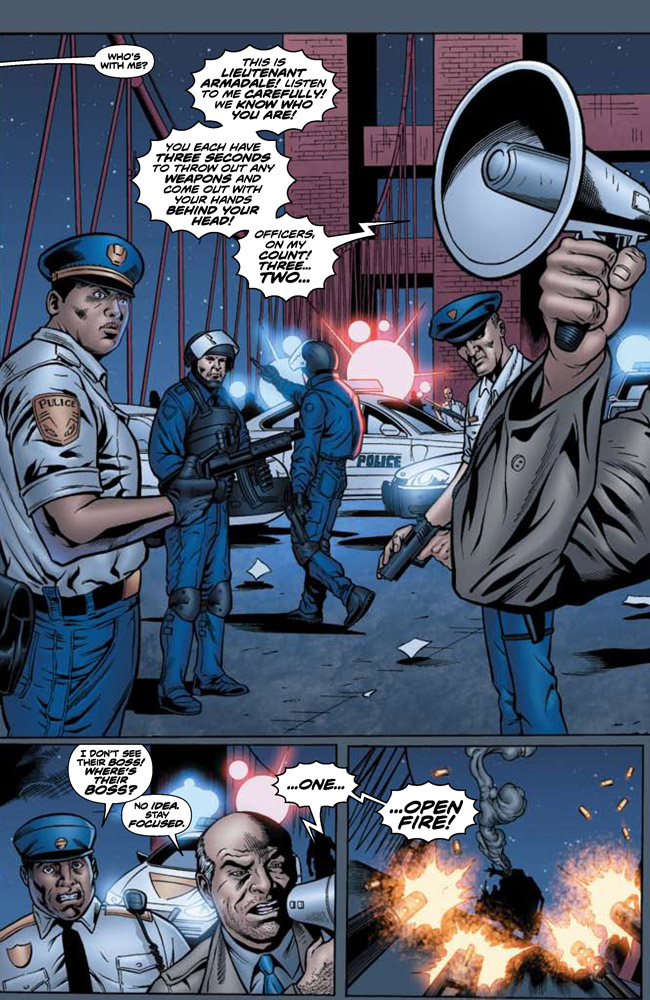 Mark Waid wrote Incorruptible as the flip-side to Irredeemable, his story of superhero the Plutonian’s fall from glory. Max Damage was a career criminal, virtually unstoppable the longer he stayed awake, and a villain with an insatiable love for creating chaos. Just as he is about to commit his most heinous crime he witnesses The Plutonian’s annihilation of Sky City and the 3.5 million people who inhabit it. In that instant Max turns over a new leaf in an attempt to preserve humanity and redeem himself. Set a month after the destruction, Max emerges from a self-imposed exile to begin his new crime-fighting career, but nobody trusts him or believes him changed. Detective Louis Armadale’s professional life has been spent trying to apprehend Max, but he now finds himself the unlikely confidant of the reformed super villain. Likewise, Max’s former sidekick and lover Jailbait has trouble reconciling Max’s new black and white take on law and order, hurt by his notions that heroes just do exactly the opposite of villains. With everybody fearful, and struggling to maintain his new direction, Max is about to discover just how hard it is to be the world’s last hope.

Irredeemable took a bold direction in exploring what might happen if men with god-like powers were corrupted and Incorruptible does something similar by trying to imagine what it must really be like for a villain to change his life’s direction. While not immediately apparent, Mark Waid pens a series that is interesting, compelling and utterly enjoyable by blending all the superhero tropes of gadgets, egos and powers with interesting character interactions. You don’t need to have read the linked Irredeemable to figure out what’s going on, as Max’s story is quite distinct. It is utterly absorbing and never fails to be anything but throughout the series.

Where Waid’s writing is first-rate, he’s let down by Jean Diaz’s illustrations,  which aren’t awful, but neither do they come anywhere close to capturing the quality of Waid’s dialogue. Max’s facial features change every now and again, making it difficult to recognise him without his trademark white streak of hair. The best work goes into the details of the surrounding environment and character close-ups, the only time Diaz really nails the cast. The major sticking point is the artist’s impression of Jailbait. Aged sixteen or thereabouts, she has the boobs and body of a glamour model! Now re-consider that Jailbait was Max’s lover, and let it all sink in for a moment. If you want to shock the reader and create an idea of just how lawless Max was, why decide to soften it by making her look 25 plus? Whether a more accurate depiction would have improved the tale, we’ll never know. Diaz is not the only artist to do this. It’s a look perpetuated throughout this series, and while the dialogue has oodles of emotional content, it’s dragged down by the art.

Despite that, it is definitely worth the effort to track down Vol. 2 and everything after for Waid’s writing alone, because this is a series that only improves in every way. 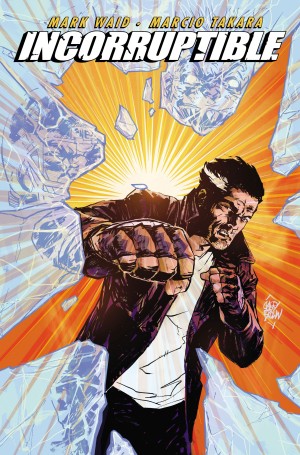