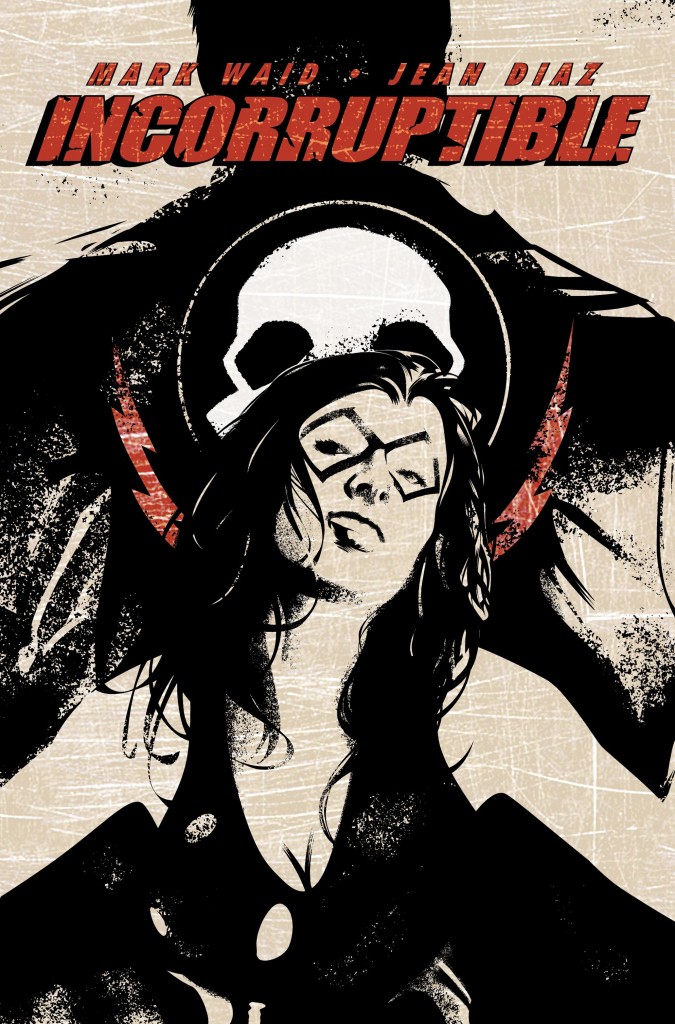 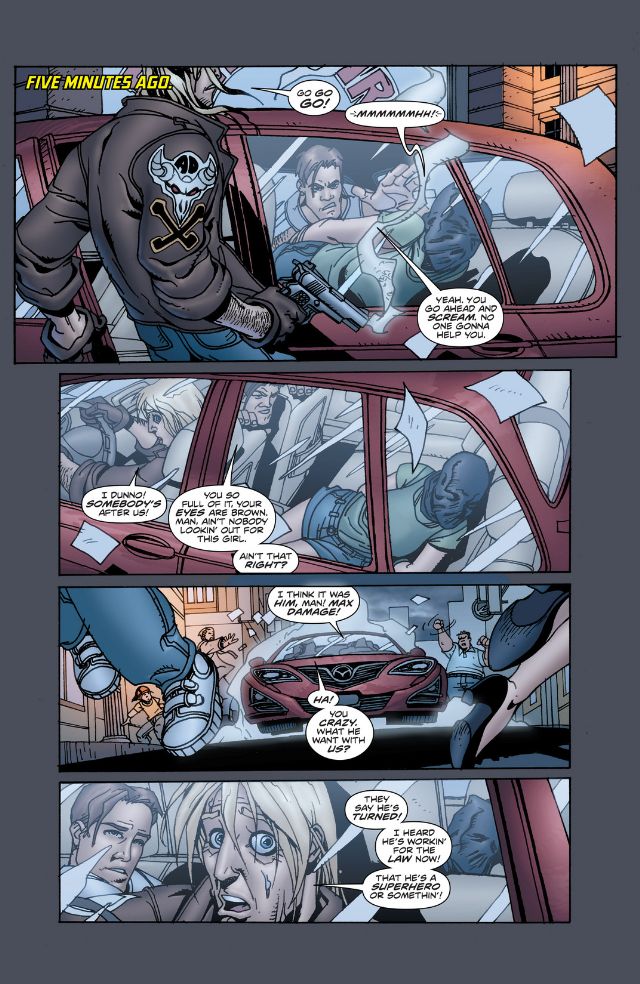 After the dramatic closing moments of Vol. 1 Max is looking for Jailbait (we find out her real name is Terri), fearing one of his many enemies might take advantage of her without him there to protect her. In the process he rescues Annie from would-be kidnappers, asking her to don the Jailbait outfit to throw opportunists of the trail. Unfortunately Death Giver has already captured Terri, so Max asks Armadale to help him rescue her, despite the fact that a white supremacist group named the Diamond Gang is purging the ‘lesser’ races in the name of their new messiah the Plutonian. A terrifying experience for Annie, and her earlier adventures with Max inspire her to wear Terri’s Jailbait outfit even as someone is leaking info on Max’s invulnerability to the Diamond Gang.

Mark Waid continues his exploration of honour, redemption and reform in this companion piece to Irredeemable at a healthy pace. Horatio Domingues takes over artistic duties, his lines cleaner with improved facial and character details, although it still doesn’t match the power of Waid’s storytelling, his style too glossy to convey the post-apocalyptic scenario successfully. Waid’s dialogue is superb, really capturing the essence of each character in the moment. Max’s powers increase the longer he stays awake, but he suffers the effects of sleep deprivation the same as anyone else. Waid displays this by slurring Max’s speech making it confused, laboured as he struggles to concentrate and get the words out. Terri’s pain and confusion, Annie’s panicked adrenaline, Armadale’s thinking on his feet to keep his relationship with Max a secret is all incredibly believable, unfortunately accentuating that the illustration remains sub-par.

However, the writing is so good with Waid’s dramatists instincts ensuring you’ll keep on reading. The original concept was reversing a villain’s role and motivation to create a different story, and while that piques the interest, that interest is sustained by the challenges Max faces. There are the temptations, along with the painful reality that choices made throughout our lives will reap consequences for far longer than anticipated. Max’s pragmatism is refreshing. He expects the backlash, and the drama seeps from the effects his turn-around is having on other characters. And this is Waid only scraping the tip of the iceberg here.

Max and Annie take a road trip to what’s left of Sky City looking for the person divulging Max’s secrets in Irredeemable Vol. 3.