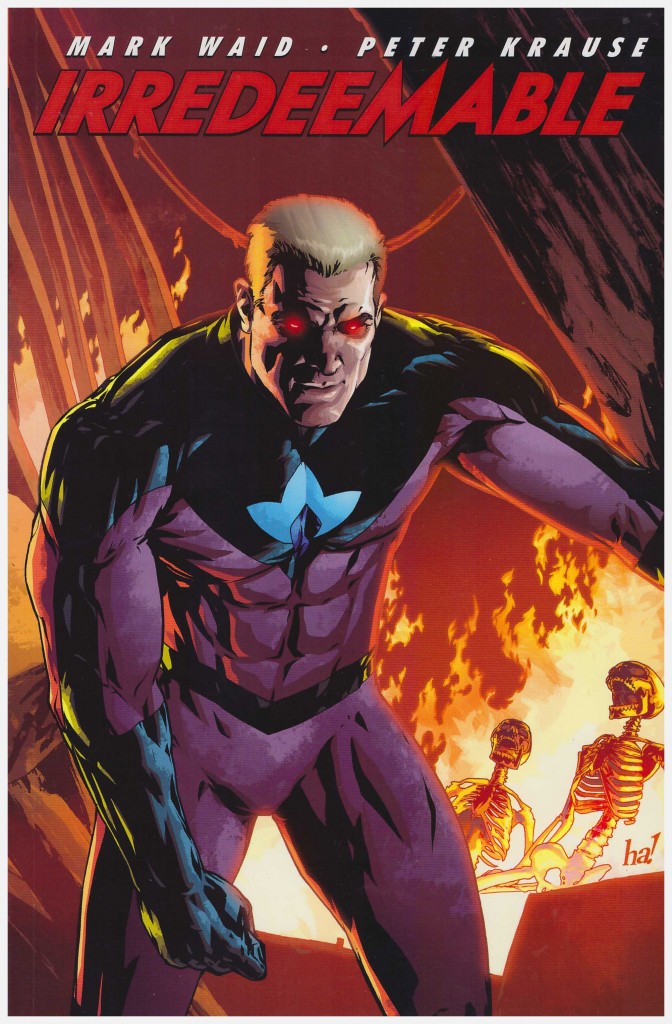 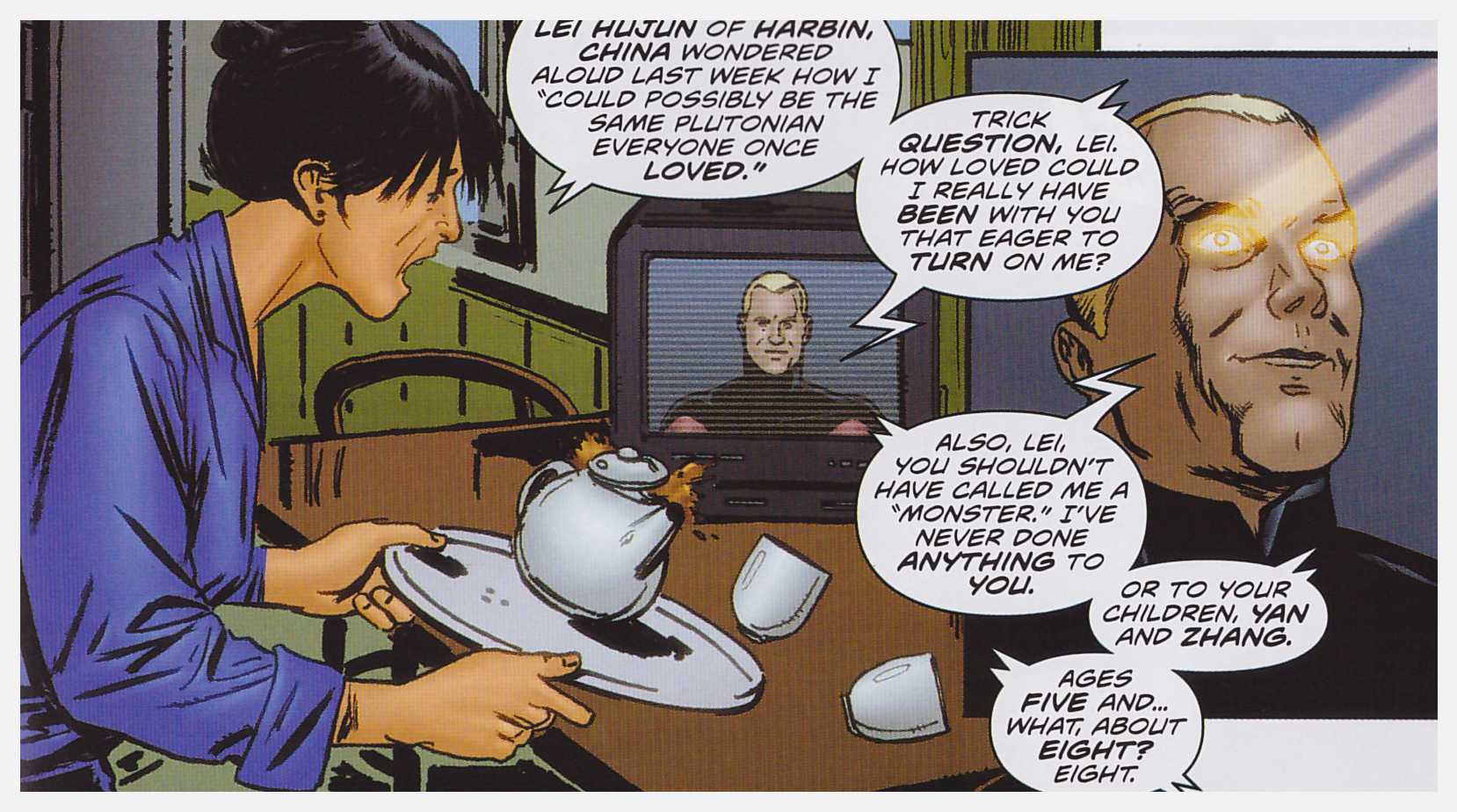 Having introduced his Superman gone bad in Volume 1, Mark Waid maintains the levels of shock, awe and destructive excess. As was the case in the introductory volume, this opens with a terrifying twisting of a standard superhero element, the ability to blend into a crowd once divested of costume. Peter Krause uses artistic sleight of hand to deliver another surprise a few pages later.

And they keep coming. It turns out that The Plutonian, affectionately referred to as Tony by his former allies, isn’t the only one who’s been hiding aspects of his life. Not to reveal them all here, but the members of the Paradigm are experts at deception, their secrets displayed to the reader, but for the most part concealed from their team-mates.

Others have secrets as well, and in a clever establishing scene Waid has the Plutonian reveal random snatches of conversation overheard across the globe as part of a television broadcast. It’s terrifyingly effective in instantly instituting levels of paranoia that he may be listening.

From the starting point that the only foe The Plutonian ever seemed to consider a genuine threat disappeared several years previously, genius level intellect Qubit constructs complex robotic duplicates of Modeus. The rationale is that beings developed to think exactly like Modeus will be able to deduce his whereabouts. They seemingly do, but it doesn’t take a genius level intellect to predict the danger inherent in constructing several robot duplicates of The Plutonian’s greatest foe. It’s yet another neat twisting of a facet of Superman’s legend.

These stories continue to switch between past and present, and Waid revealing a glimpse into The Plutonian’s past via social work reports is a particularly effective piece of narrative. One of the bygone events reveals the final tipping point transforming The Plutonian into the monster he’s become. It’s certainly a horror. Many questions remain, though, not the least of them being just why he’s named the Plutonian.

Irredeemable has been repackaged, into hardcover Prestige Editions, or the single, bulky paperback Irredeemable Omnibus.