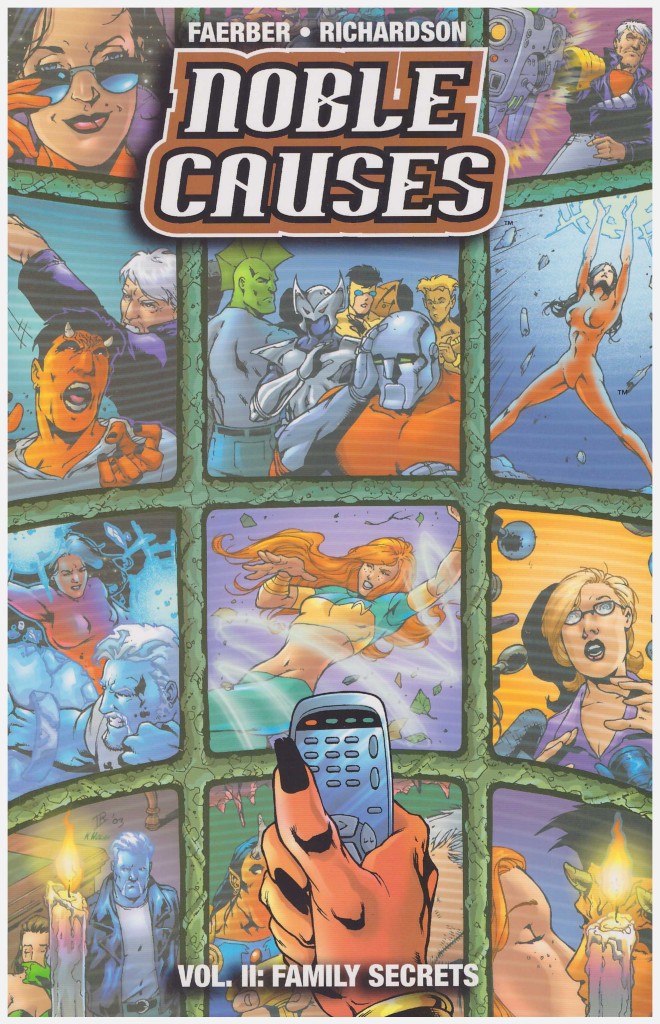 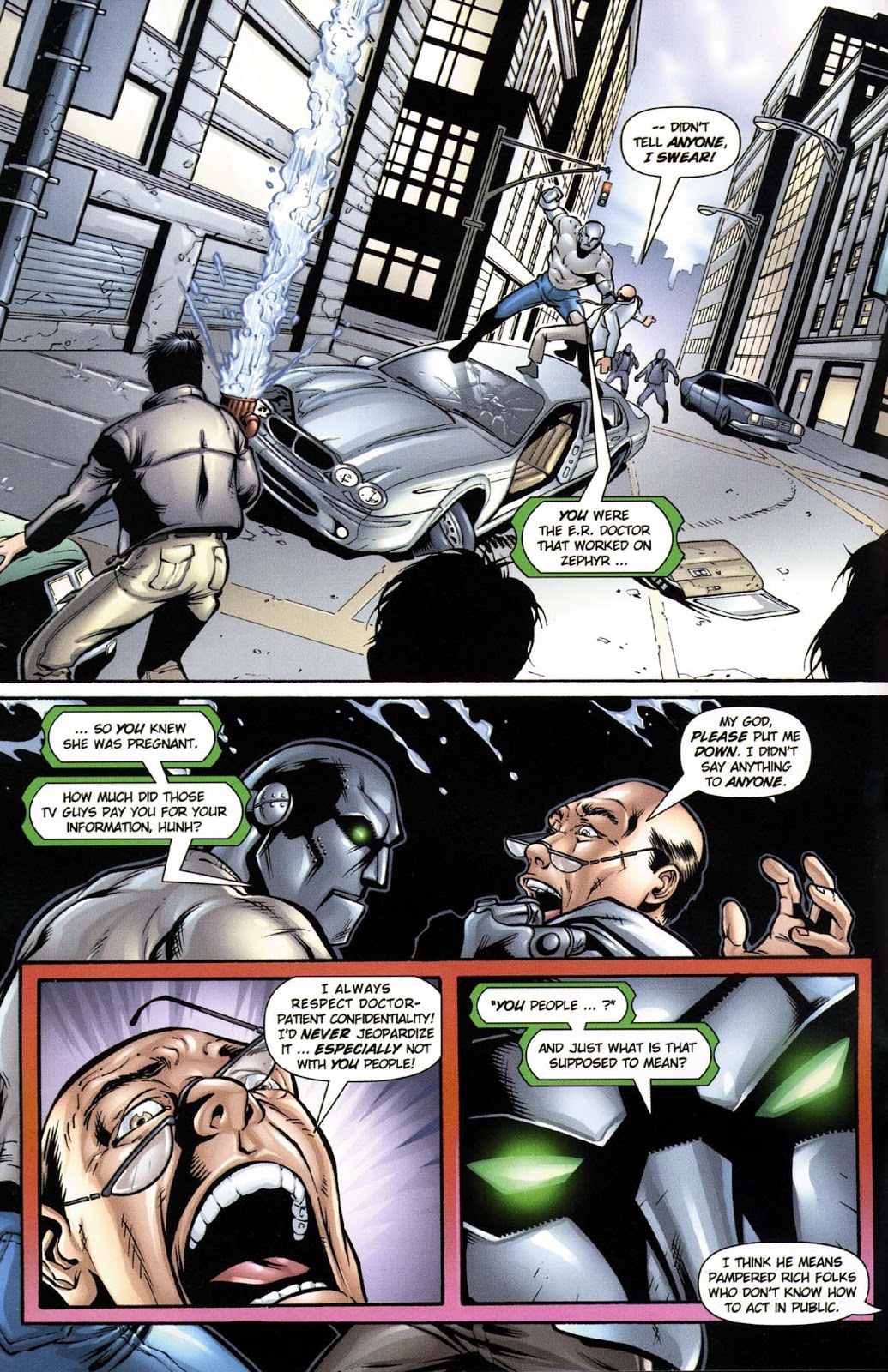 In Sickness and in Health introduced the Noble family, superhero royalty attempting to present a squeaky clean public image, while behind the scenes matters are significantly dysfunctional. Jay Faerber’s premise is superhero scrutiny in the era of 24 hour rolling celebrity gossip.

Fathers are a big issue in Family Secrets. When one cast member more or less confirms on TV that youngest Noble daughter Zephyr had been pregnant, both family and press are very keen to discover who might have contributed to this condition. Meanwhile Frost has spent his entire life not knowing who his father is, which now comes to a head, and midway through there’s a significant and touching conversation between two fathers.

Faerber is excellent at dropping plot bombshells, and still more so at toying with the readership via revelations that later take on an entirely different meaning. Having introduced his cast, he ups the ante considerably from the first volume.

Faerber’s plot moves along very quickly, but there’s a gaping logical flaw that he fails to address until the following Distant Relatives. One member of the cast was only introduced to the remainder in the first volume, and while their presence is integral to the way the story is told, there is no real reason for them to remain with the Noble family. They had a life elsewhere, and would surely pick it up again.

A significant difference between this volume and the first is that the back-up strips, illuminating elements of the primary story, are now also drawn by artists who were previously unknown. Ian Richardson’s art for the main storyline is not quite the finished article, flat with odd figurework on occasion, but some of those drawing the back-ups are very poor indeed. The best of them is Andres Ponce who impressed enough to land the pencilling job on Distant Relatives.

This is also available in black and white along with the remainder of the first five Noble Causes volumes as Noble Causes Archives volume one.