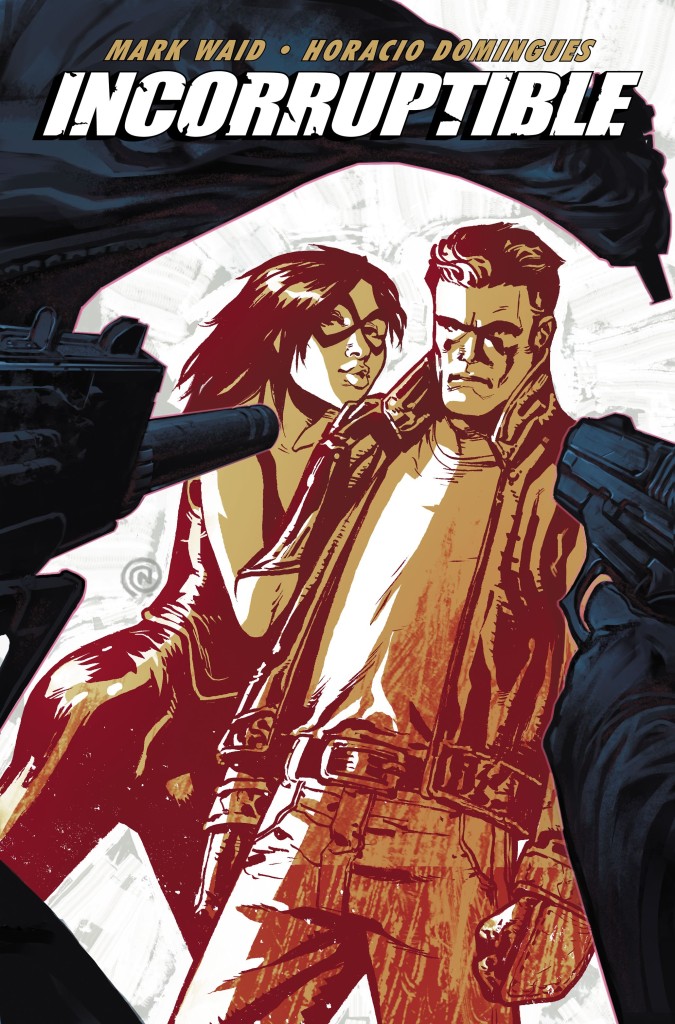 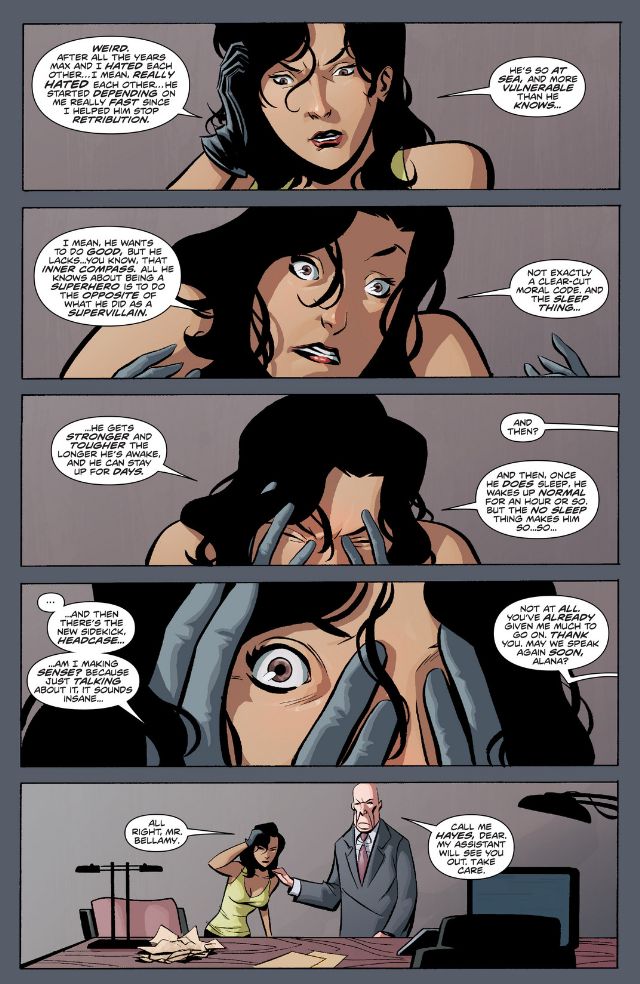 Incorruptible Vol. 4 is about relationships. And super powered punch-ups, but mostly relationships. Rather how they can inspire and empower us to self-improvement, or be a crutch that enables co-dependency. Reformed villain Max Damage inspires the people around him to make a positive change, but when he isn’t needed will he return to his criminal life and take everyone with him? Here his rigid code of doing everything exactly opposite to his criminal past, is proving to be a slight problem and when the Plutonian’s former team-mates The Paradigm declare that their former partner is no longer a threat, his new allies wonder how long Max can adhere to his reform. Max clumsily carries on, but when The Paradigm extend the olive branch and finally validate his rehabilitation, it raises painful issues for Headcase/Annie that further highlight the flaws in Max’s immovable thinking.

This is the first time since Vol.1 that Incorruptible and Irredeemable officially intersect, Mark Waid bringing both his studies of the hero/villain psyche together. The writing and character interaction is good but the crossover slows the plot slightly, being a little less about Max and more about foreshadowing future books. Waid’s inventiveness in creating and reimagining powers, how magic rituals can be employed for example, is hilariously stomach turning as he plays on the naïveté generated by The Paradigm’s moral arrogance. The art has significantly improved now Marcio Takara is free to use his own style, a new energy that was obviously absent from earlier volumes. Takara is experimenting so it changes a little bit from time to time, but soul it has, and that becomes even more apparent as the series progresses. Takara changes the dynamic by zooming in on the participants, so unlike other superhero work the focus is what the characters are feeling and experiencing during the action rather than the action itself.

One of the hallmarks of the series is that obscure characters can quickly become instrumental to major plot developments later, so keep an eye on them. No character or plot device is wasted by Waid, and Takara’s improving enhances the pair’s synergy further in Incorruptible Vol. 5.