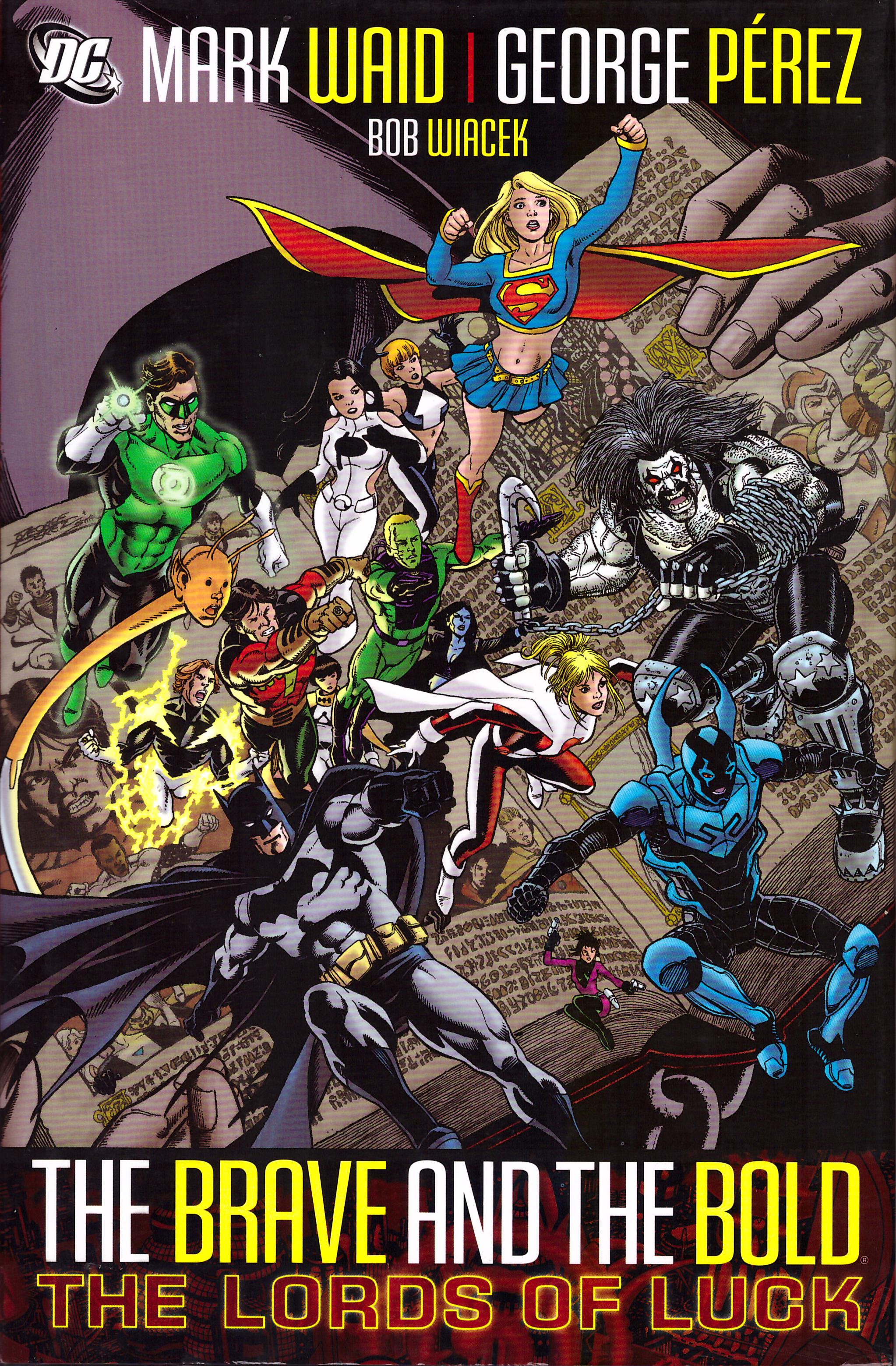 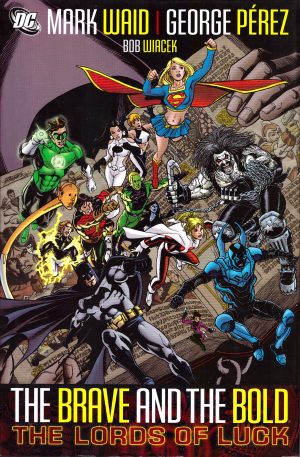 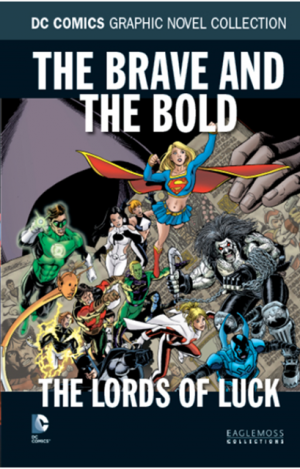 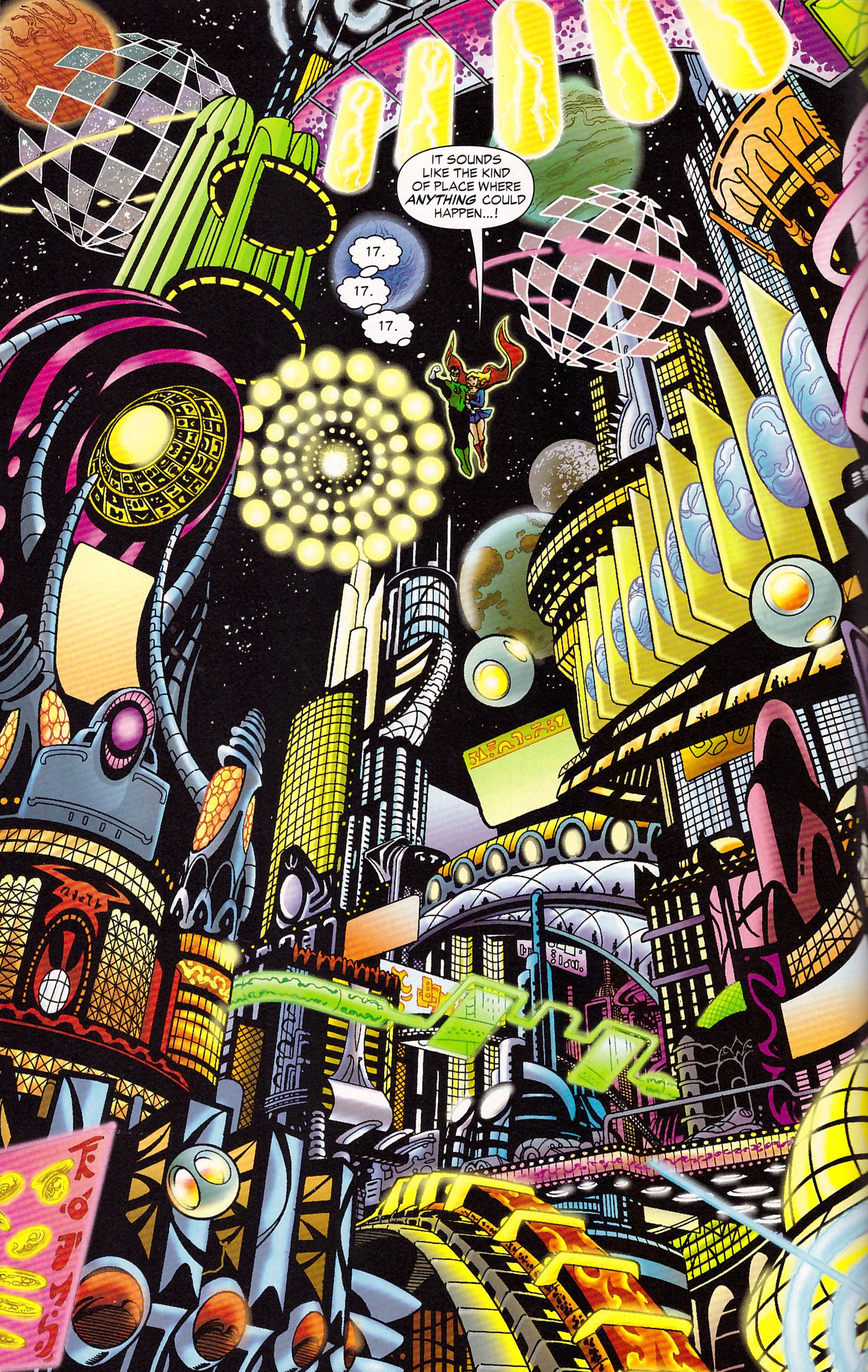 Of all the creators to be given free rein with DC’s entire pantheon of superheroes in the 21st century’s opening decade would there be any more suited to weaving a thrilling story than Mark Waid and George Pérez? Probably not, and the good news is that they almost live up to billing. Waid’s plot starts well with the mystery of the same man found dead in multiple locations, requiring some investigation from Batman and the Hal Jordan Green Lantern, and then just keeps inflating and inflating until it reaches the furthest end of the galaxy. The second chapter sees Batman working with one new partner and Green Lantern with another, and from there more characters, more devices, more villains and more thrills come thick and fast in multiple locations.

Such is Waid’s knowledge of DC minutae and trivia you can be certain that every device, planet and character with dialogue is something sourced from an old story that he’s seized on to make use of. He relinquishes his sources for many in the bonus pages. The two items that most concern us are the Haruspex, a gun involving a chance engine that guarantees the best solution for its operator, and the Book of Destiny, which reveals the future of all people and all things. Both, then of immense use to gamblers, which is why Las Vegas, and afterwards an entire planet dedicated to gambling appear in the early stages. Eventually a being called Destiny, the rightful owner of the book is reached and he has an ominous warning: “Timespace is splintering with each alteration of the book. You must deliver it to its intended recipients before reality unravels.” It doesn’t get worse that that! Actually…

Waid’s inventive with his teamings. Supergirl and Lobo is the highlight, the clash of relative innocence and complete degradation working better and less obviously than it might be assumed, but throwing in character after character, then the Legion of Superheroes on top makes for a crowded plot. Any other artist might shrink back from the task of illustrating this, but it’s meat and potatoes to Pérez, who thrives on an extensive costumed cast and delivers page after spectacular action. As Waid notes in his introduction, Pérez even finds a way to sneak a few DC characters he’s never previously drawn into the final chapter, and Waid comes up with a clever reconfiguration of some other long-lived DC characters.

The Lords of Luck does take some keeping up with as the plot’s complex. Take a moment to contemplate, however, and it all slots finely into place, but must have been a complete head scratcher when originally followed in six chapters serialised with monthly gaps. For all the desperation and the high stakes this is a light and fun read, not the dreaded darkness infesting so many superhero graphic novels of the era. As such it should have particular appeal for those who grew up with the DC superhero comics of the 1960s and 1970s as the creators did. Waid and Pérez continue their collaboration and follow on from The Lords of Luck in The Book of Destiny. 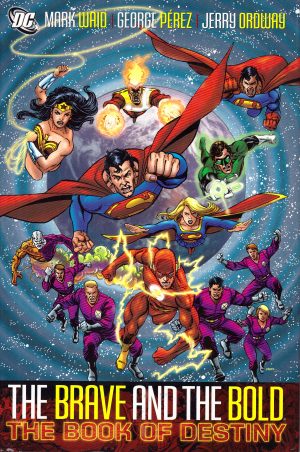 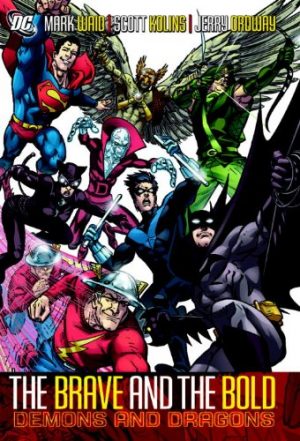 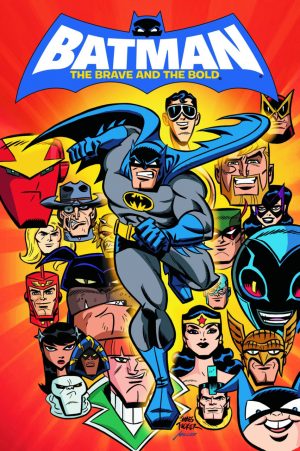 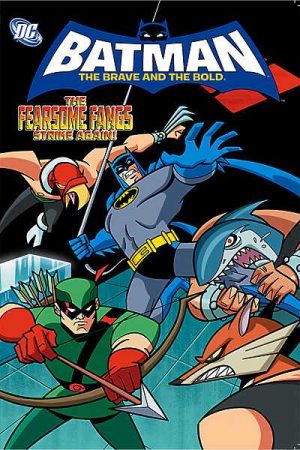