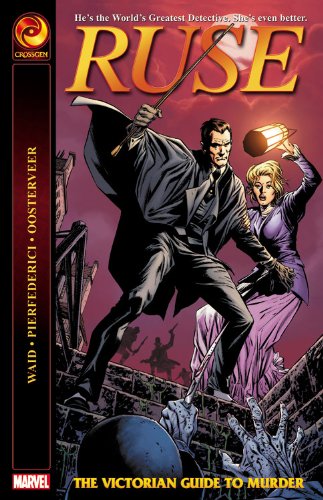 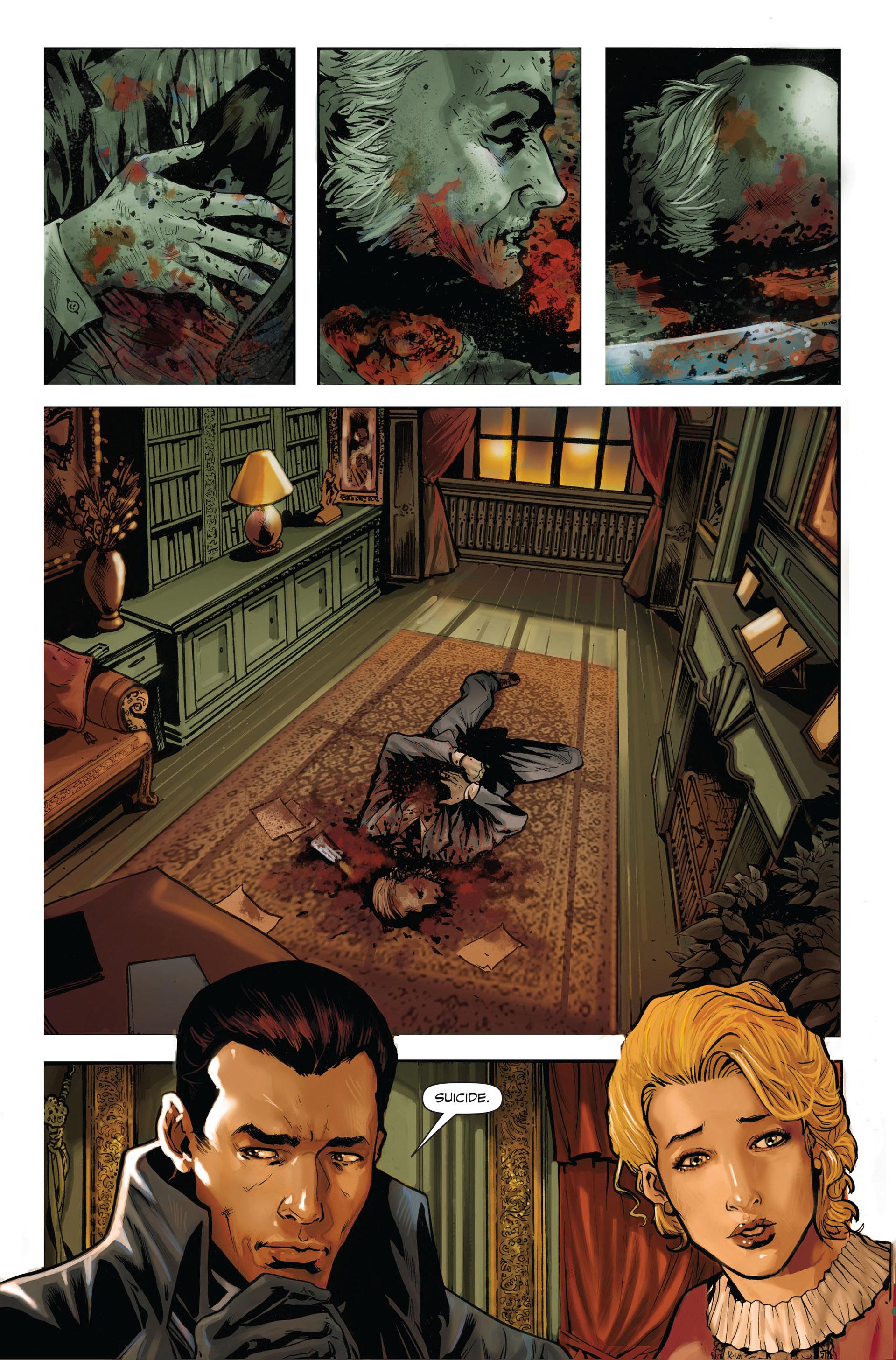 Having created nigh infallible and insufferable Victorian era detective Simon Archard in Enter the Detective, Mark Waid left the series midway through the following volume The Silent Partner. Eight years later he returned to his creation, now published by Marvel.

If there are any concerns of the can’t go home again adage applying to this witty period drama, just read the sample page, which is the opener. With a single well selected word Archard is cemented as arrogant, observant and infuriating. It’s the satisfying manner in which he continues. Having based Archard on Sherlock Holmes, Waid has an instantly identifiable lead character, but with Archard’s partner Emma Bishop there’s work to be done, and it’s done well. She’s extremely competent, adaptable and endearing, and in equal measure admiring of Archard’s deductive abilities and infuriated at his lack of social skills and concern for her well being. One element from the previous graphic novels is omitted. In this incarnation Emma has no ties to other eras, and the series is better for it.

Artist Marco Pierfederici is not quite the finished article. There’s a lot of effort on display, both with the period detail and the well staged layouts, but they’re accompanied by some shaky work on figures and faces. For those who’ve read the previous Ruse volumes he also falls shy of the lush pages supplied by Butch Guice. Minck Oosterveer illustrates the third chapter, and while his people look better there are some very odd faces. It also raises the question of why it’s the case with only four issues comprising the original serialisation that it couldn’t have been arranged for a single artist to draw it all.

The plot concerns someone turning the screws on the inveterate gamblers of Partington, concentrating on the wealthy and influential, consolidating their debts for purposes unknown. Waid’s classic mismatched and bantering partnership sustains the plot until the major revelations of the third chapter, and his fine dialogue consistently raises a smile. Waid deliberately overplays some aspects of the plot to misdirect from others, but this isn’t the type of tale where anyone other than Archard’s going to figure anything out, so going with the flow is all for the best, particularly during the opening of chapter two.

This doesn’t match the first Ruse graphic novel, but it’s nice to see the characters and premise again, and it’s a shame The Victorian Guide to Murder didn’t prove popular enough for a further outing.