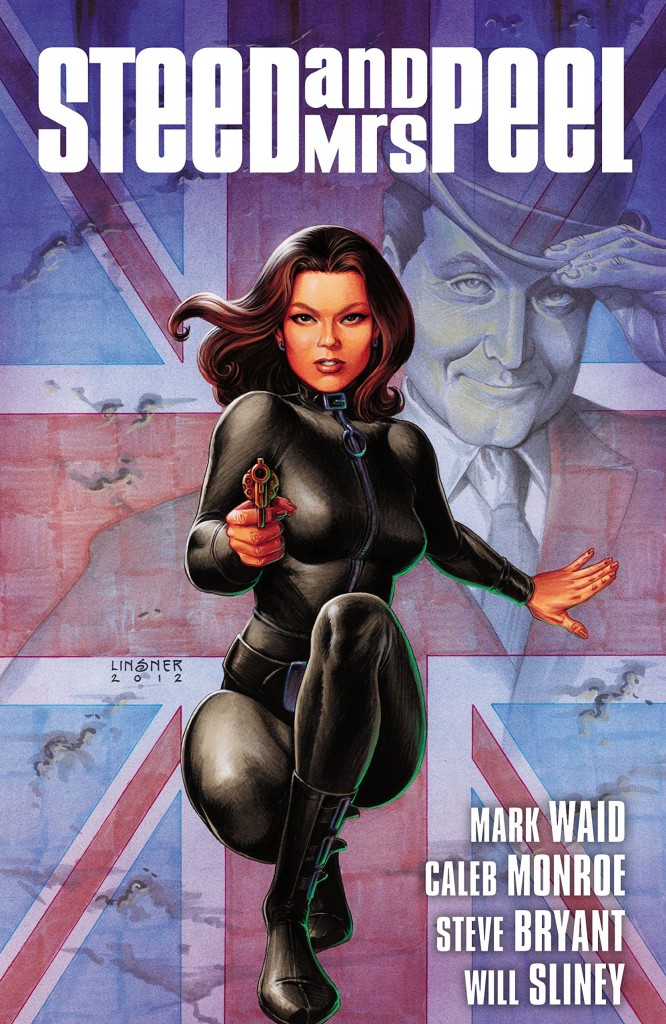 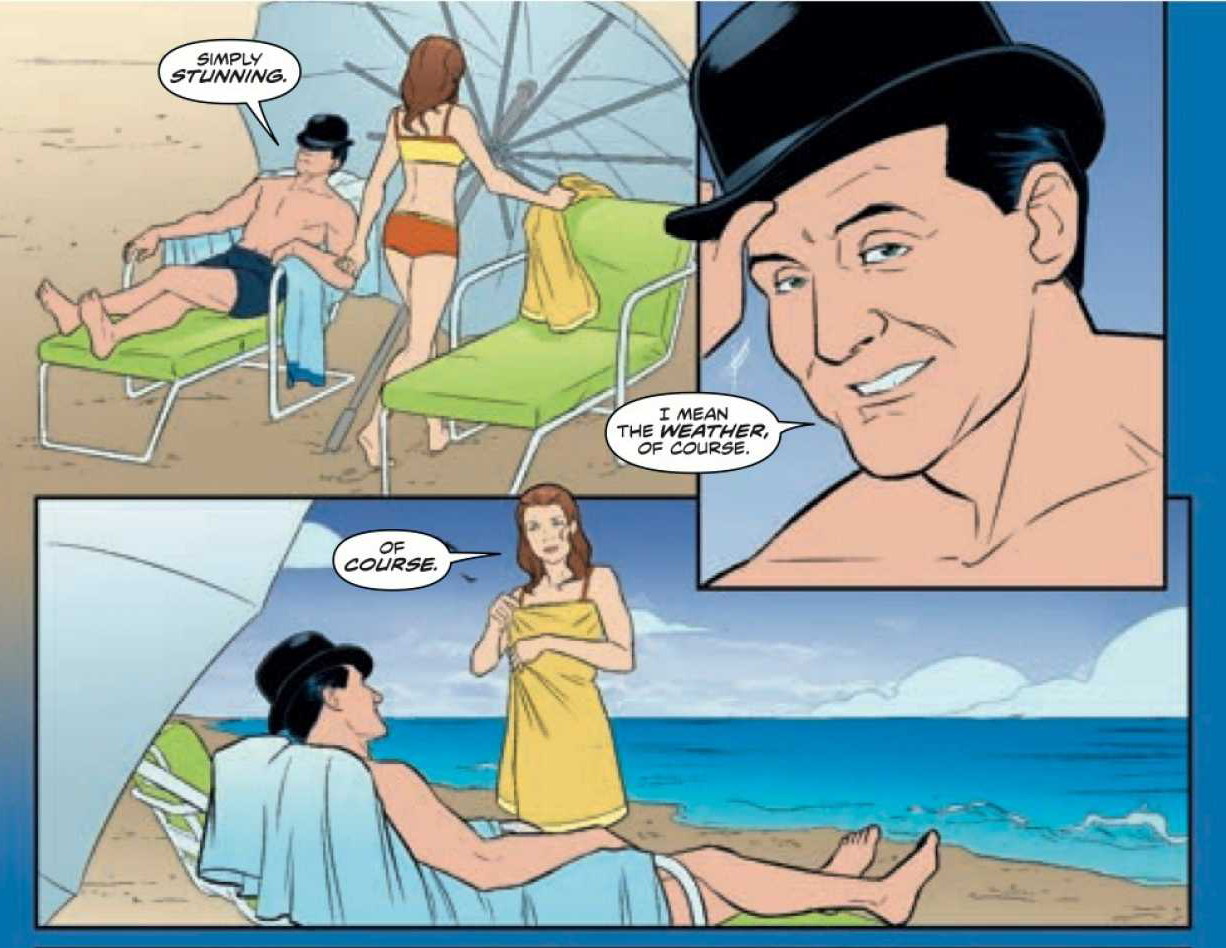 Naturally, they were no stranger to our comics pages either but the many iterations faded once the show finally ended. A 1990s revival by Grant Morrison and Ian Gibson briefly piqued nostalgic interest, and was reprinted in 2012 as a tester for this tale.

Steed and Mrs. Peel is a worthy reintroduction for the faithful, and happily accessible introduction for newcomers as the dedicated followers of felons return for another clash with unforgettable TV antagonists The Hellfire Club.

It begins in ‘Prologue’ (written by Mark Waid and illustrated by Steve Bryant) as, back in those style-soaked Swinging Sixties, our heroes are called upon to investigate ‘The Dead Future’ and how an active agent can seemingly age decades overnight. The situation reminds Mrs. Peel of the mind-bending fun-and-games perpetrated by the insidious Hellfire Club and its now-defunct leader the Honourable John Clever Cartney.

Waid and co-scripter Caleb Monroe continue the tale detailing ‘London Falling’ (illustrated by Will Sliney) as nuclear Armageddon occurs, leaving Steed, Peel and a swarm of politicians, Lords and civil servants the only survivors in a battered atomic bunker beneath the devastated Houses of Parliament.

Wry and wickedly satisfying, this volume includes a gallery of 28 covers and variants by Joseph Michael Linsner, Phil Noto, Joshua Covey and Blond, Mike Perkins and Vladimir Popov, and Drew Johnson to astound the eyes as much as the story assaults the senses. The revival continues with The Secret History of Space.