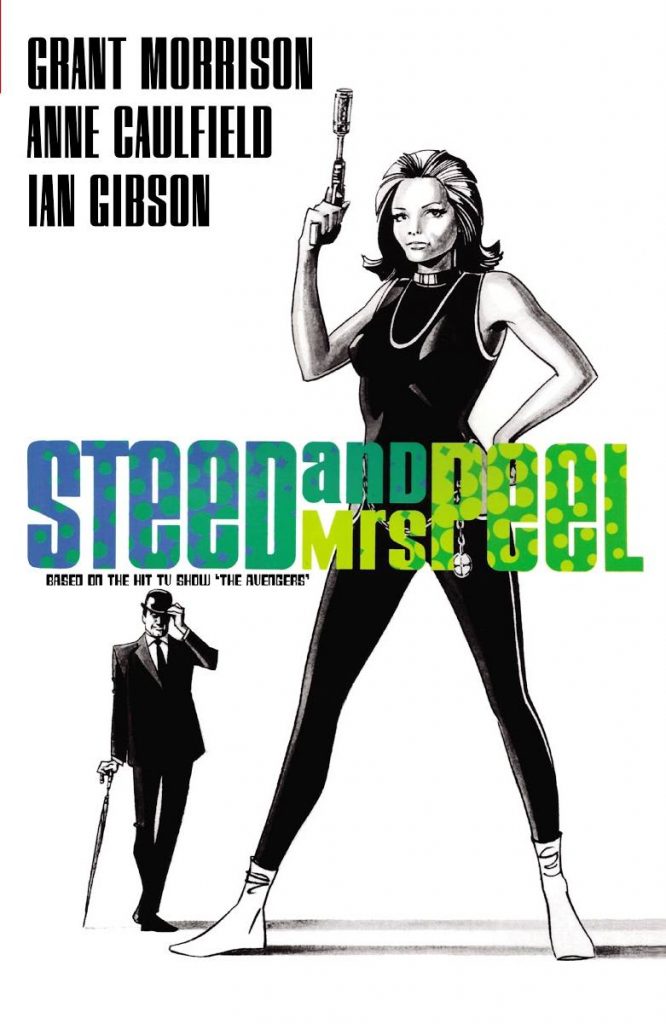 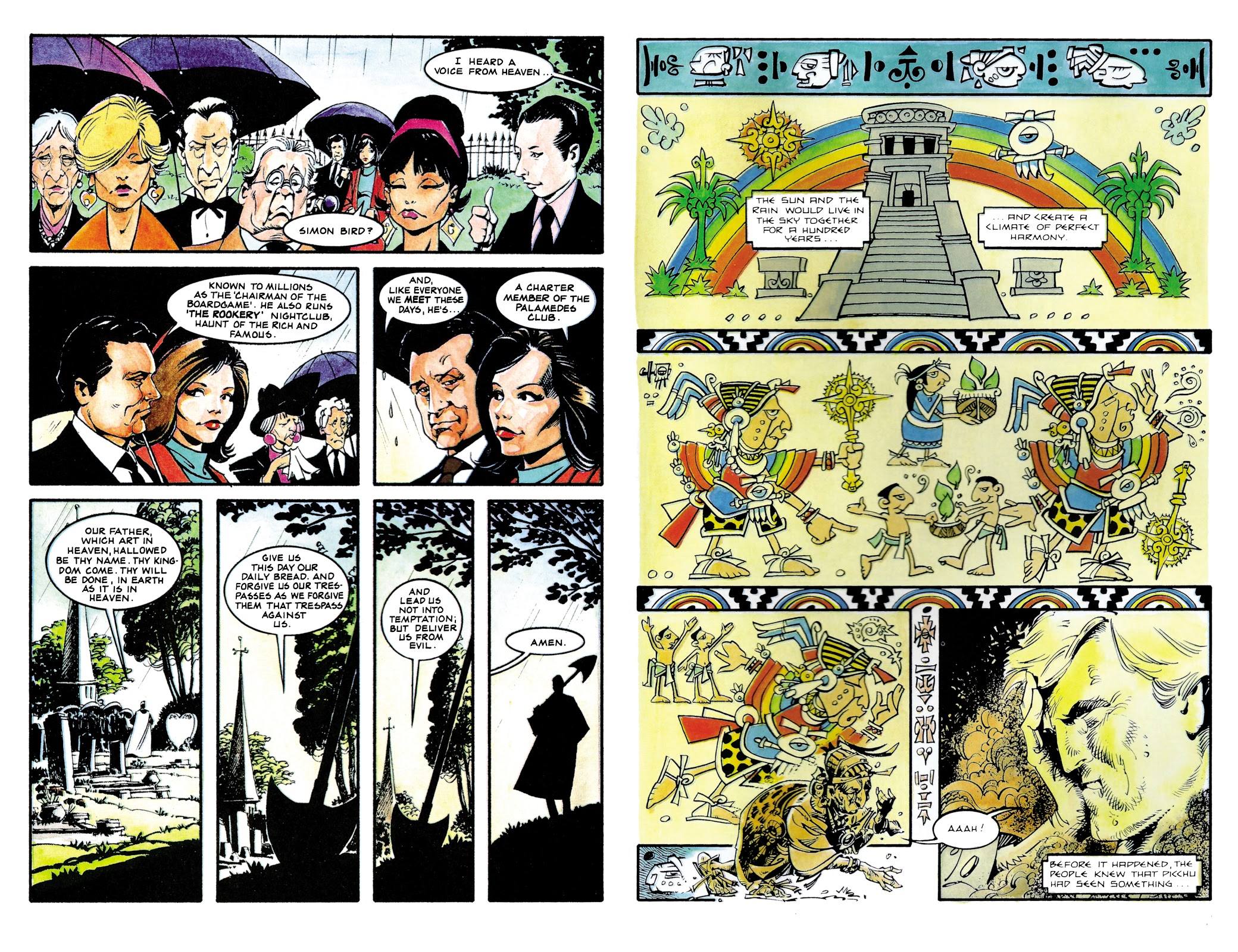 Although first issued as a collected edition in 2012, these two Steed and Mrs Peel stories date from the early 1990s. However, the carefully calculated period charm and arch dialogue and situations render them as timeless as any other Steed and Mrs Peel outings.

The compilation is titled after Grant Morrison’s carefully plotted mystery surrounding the inventors of games belonging to the Palamedes Club. Don’t become too fond of them, as they tend not to be around too long, Ian Gibson’s sample art showing one of the story’s running jokes of Steed and Mrs Peel frequently attending funerals. Gibson’s cartooning is a delight the whole way through, capturing the calculated absurdities of lives spent devising games, one club member designing their entire house around the theme. His version of Steed is very recognisable, while his Mrs Peel is more generic.

Morrison includes multiple absurd scenes, clever snatches of dialogue reflecting what’s going on, and culminates with oversized versions of familiar board and table games. These can be seen as variations of the scaled up threats Marvel villain Arcade uses against the X-Men, but they fit into the world of these Avengers. Mrs Peel’s TV show replacement Tara King also features, cleverly the architect of her own fate. It’s still very enjoyable.

TV writer Anne Caulfield supplies the second story, picking up from the moment Emma Peel leaves Steed in The Avengers TV show. She and her returned husband head to the small English village of Pringle on the Sea, where there seem to be very few people at all. As seen on the sample spread, Gibson extends his artistic repertoire into Inca friezes, but ‘Deadly Rainbow’ is an incoherent and disappointing story. It goes through the motions of absurdity, but there are no underpinnings.

As the impressive title story is far longer, and the quality of Gibson’s art is consistently good, however, this version of Steed and Mrs Peel is still worth investigating. 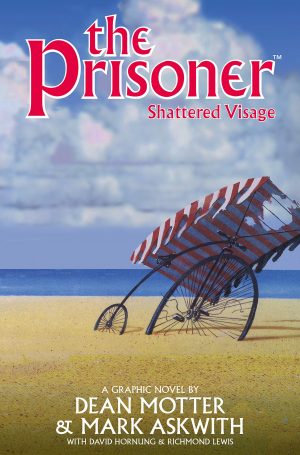