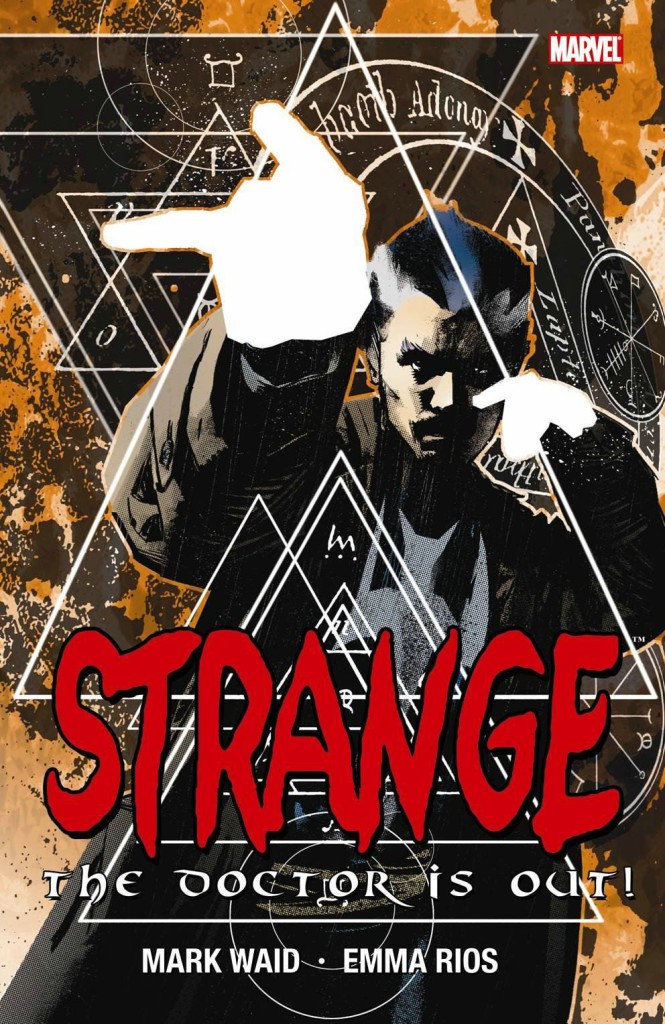 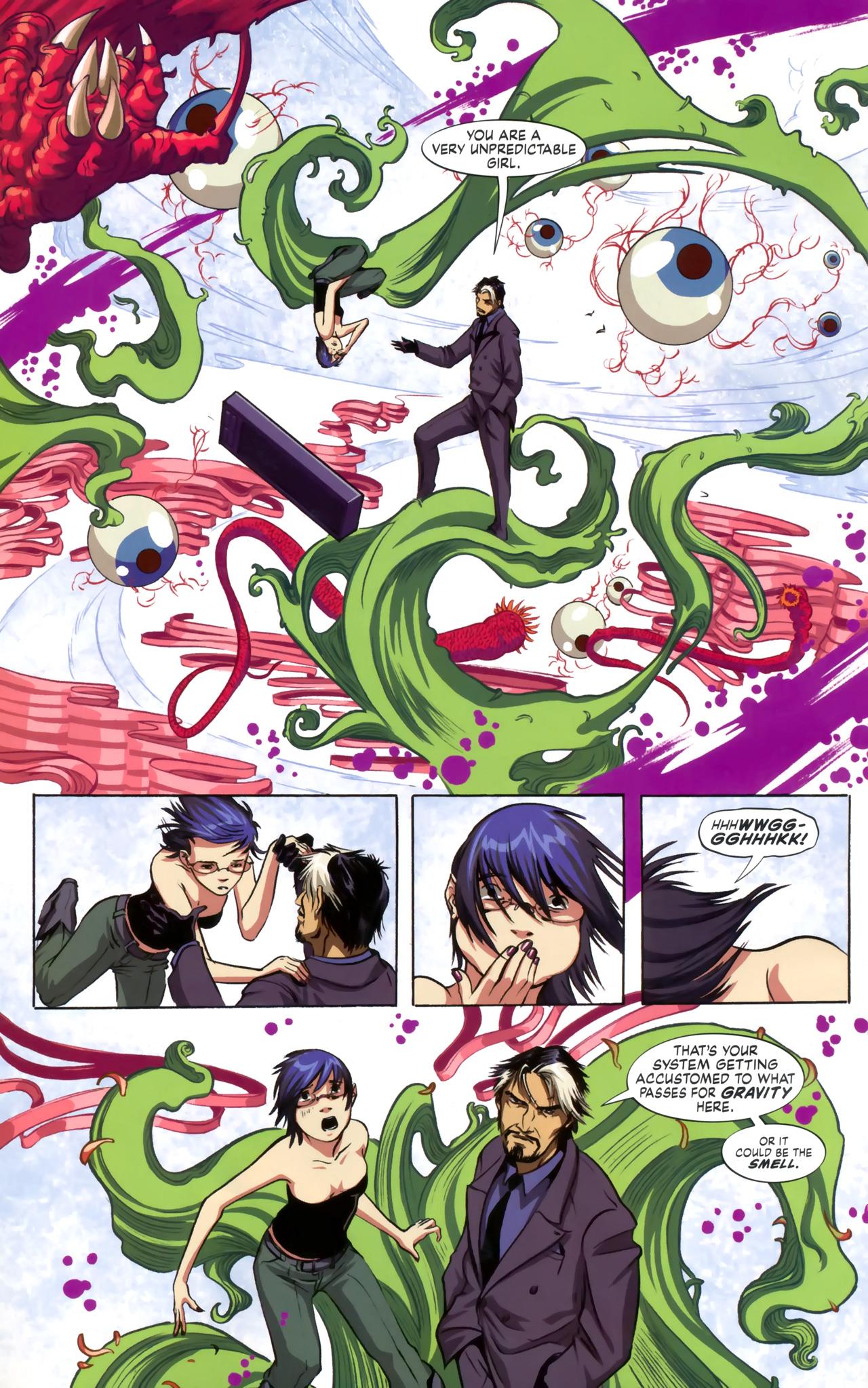 The Doctor is Out, a very clever title by the way, occurs at a period when Doctor Strange is no longer Master of the Mystic Arts. You don’t hold that title for any length of time, however, without picking up a few tricks, so enough magical ability remains to work minor spells. Anything greater requires trickery and subterfuge. Isn’t that what magic’s all about?

Mark Waid’s interesting plot involves a fair amount. For instance, isn’t that the familiar Doctor Strange there on the cover in cape, moustache and familiar hand gesture? Yes, but the deception occurs inside, where fifty percent of the focus is on Casey Kinmont, junior magical adept, and her problems, which begin after meeting Stephen Strange. Eventually she becomes an apprentice of sorts, this allowing a glimpse into the minor league magical entities at one time dealt with almost contemptuously by the all-powerful Doctor Strange of old, but now viable threats.

Waid brings a previously unseen comic flair to Doctor Strange, a character perpetually staid, exuding gravitas and prone to mystic-related gobbledygook. This has, at times, rendered him very dull, and an injection of humour is welcome. This extends to the assorted foes he and Casey encounter, such as the wish granting demon. He’s been summoned by the mother of a junior beauty pageant contestant. If this is not consistent with the way you feel Doctor Strange should be handled you’re not alone, but stay away from The Doctor is Out.

You’ll miss the fun (and when has that ever been a term applied to Doctor Strange?) and some great art from Emma Rios. She fuses manga sensibilities with more traditional superhero art, and provides an extended focus on elements often ignored by other superhero artists. Her characters sweat, perhaps too often, and their hair moves out of shape. She’s also very good at providing other-worldly environments, something not even some of the better artists who’ve worked with the character have managed.

There is a serious element to the plot, and that increases in the final chapter, but it’s safe to say Doctor Strange and his world have never been portrayed in this fashion before, yet it’s entirely consistent. The Doctor is Out won’t be for everyone, but buy into Waid’s vision and it’s a lot of fun.