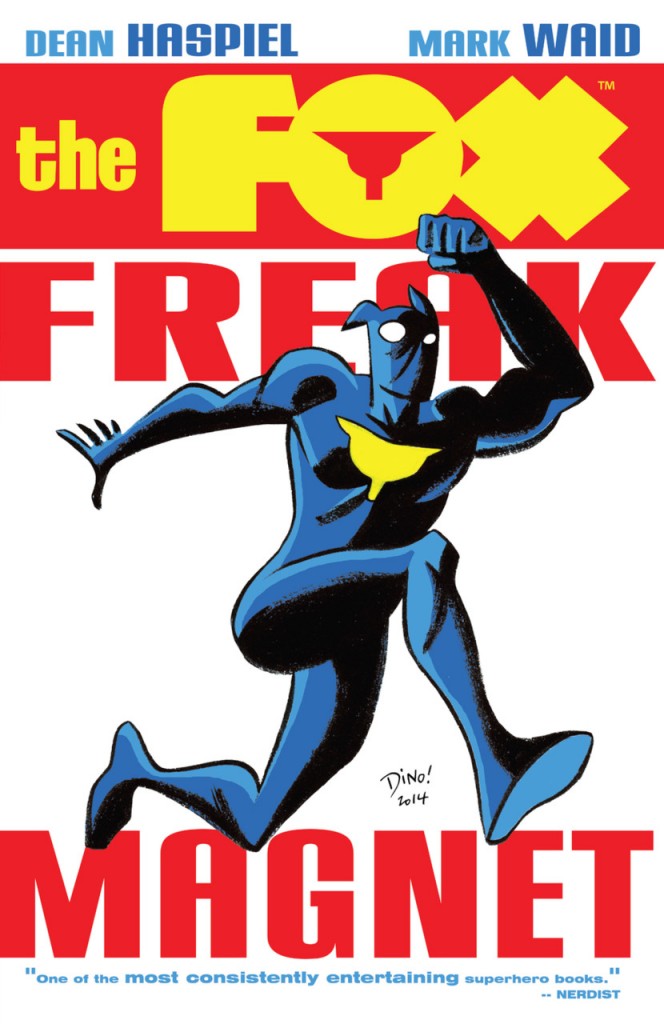 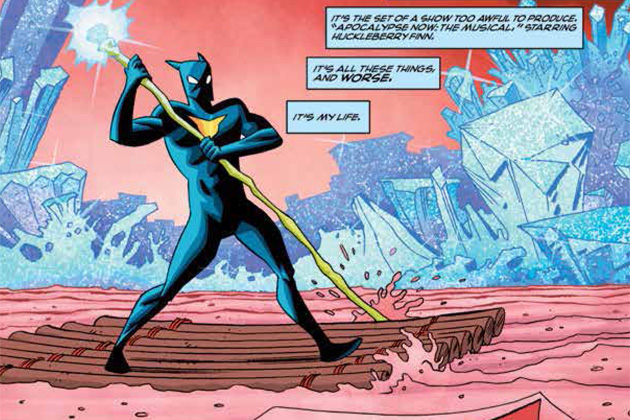 Archie comics have for so long been associated solely with the character after whom the company is named and his supporting cast that it’s strange to consider back in the 1940s they published superheroes. Once every ten to fifteen years these characters are revived. This is either because the company believes maybe this time they can make a little money from them, or because a creator chanced across a previous revival during their childhood and developed an inexplicable fondness for these obscurities. To ensure the requisite separation from their perennial moneyspinner any revival occurs under the Red Circle imprint.

In 2014 Dean Haspiel decided to breathe new life into moribund property the Fox, seeing elements of his father’s life that could be worked into a viable pulp adventure that became Freak Magnet. The most memorable Fox stories were drawn by Alex Toth in the early 1980s, and it’s from Toth that Haspiel takes his visual lead, supplying a loose limbed, kinetic superhero in a costume seemingly without seams or zips. Coupled with the minimal plot, the book comes over as the adaptation of an animated TV show, with the Fox constantly moving, leaping from one threat to the next with barely a pause for thought. Along the way other heroes are introduced, most prominently patriotic hero the Shield, in episodes scattered through the early chapters produced by J.M. DeMatteis and Mike Cavallaro. These are similar in tone to the main feature, with which they eventually merge, but Cavallaro’s art is undistinguished crowded superhero stylings compared with Haspiel’s enjoyable pages.

The Fox faces a gruesome immortal, an alien environment, giant spiders and boars, an ancient druid and more, which all sounds relatively exciting, yet it never really gels. At times there’s the consideration that this is intended as a comic for a young audience, but a character doused in acid whose faces burn appears to contradict this line of thought. As much as his afterword indicates this was a labour of love for Haspiel, it’s a very simple and uncomplicated adventure, with Mark Waid adding the occasional snappy piece of dialogue. Great art, shame about the plot. Intended to relaunch the character, the continuation, Fox Hunt,  indicated on the final page never appeared as a collection.