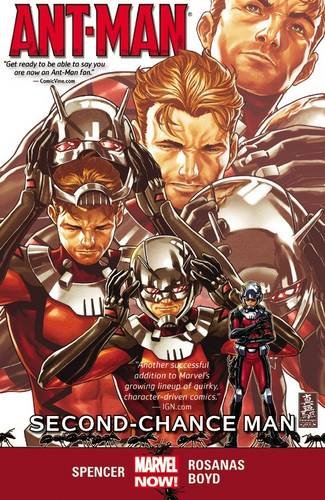 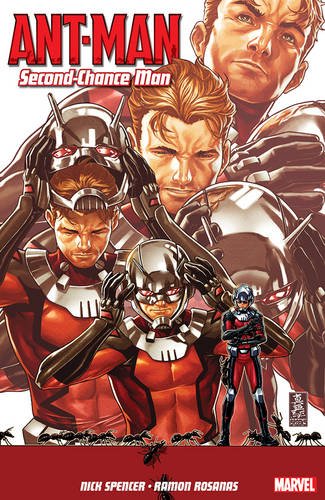 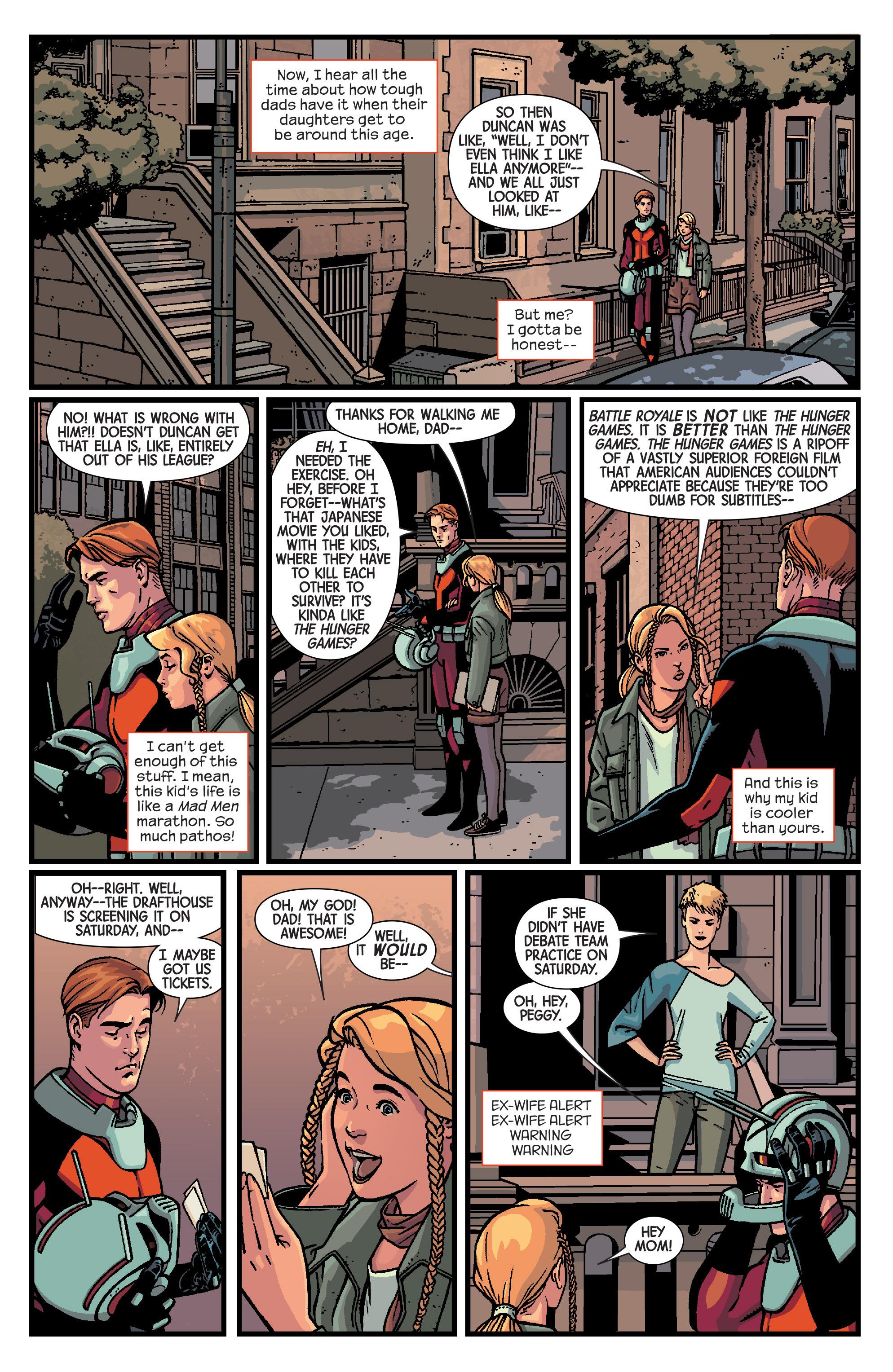 With Marvel’s movie department concluding that neither Hank Pym nor the more recent Eric O’Grady were the right fit for the 2015 cinema release and settling on Scott Lang, the comics arm needed to instill some credibility into their third string Ant-Man. Much of Nick Spencer’s work is done for him by the movie writers, and he presents the lovable goof character. Adding daughter Cassie requires rather the continuity wipe as far as previous comics are concerned, but that’s for the best.

In a very good opening chapter Spencer provides all the information required about what Ant-Man can do, why that’s slicker than might be assumed, and why Scott Lang’s personal history isn’t sparkling. It leaves him in some ways similar to Matt Fraction’s very successful Hawkeye. If there’s a character defining scene it’s when Scott and his ex-wife are discussing visitation rights, and she points out the lack of room in his apartment. His solution, before a rapid backtracking, is that it’s no problem as he can shrink them both using the formula applied to become Ant-Man. In the second chapter Ant-Man sets up a loan interview with a bank by hacking into their systems.

That sort of fun and imagination runs through this entire graphic novel, along with Lang’s spirited first person narrative. He moves to Miami, sets up a security agency hires the most unlikely staff, and becomes embroiled in the mistakes of his past (see the Ant-Man: Scott Lang collection). At the midway point it seems as if the light tone is going to shift, but Spencer’s only toying with us, and while events become darker, Lang’s method of rectifying them is consistent.

There’s not a lot of flash, sparkle or experimentation about Ramon Rosanas’ art, but there is a lot of great storytelling and a general audience appeal to it. Everything needed is there on the page, the eye is led effortlessly through those pages and his cast all express their personalities.

Second Chance Man is a cynicism-free and largely blood-free zone. If you want superhumanly butch comebacks from between gritted teeth from a hero whose arm is hanging off take a look at the Wolverine reviews. Otherwise come back for Everybody Loves Team-Ups.