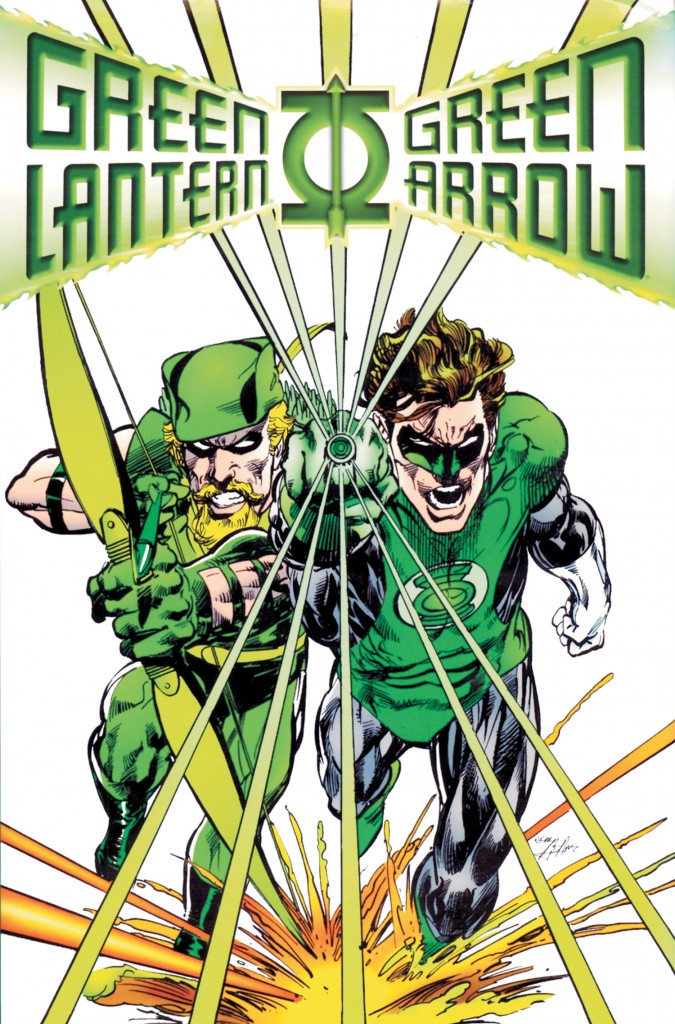 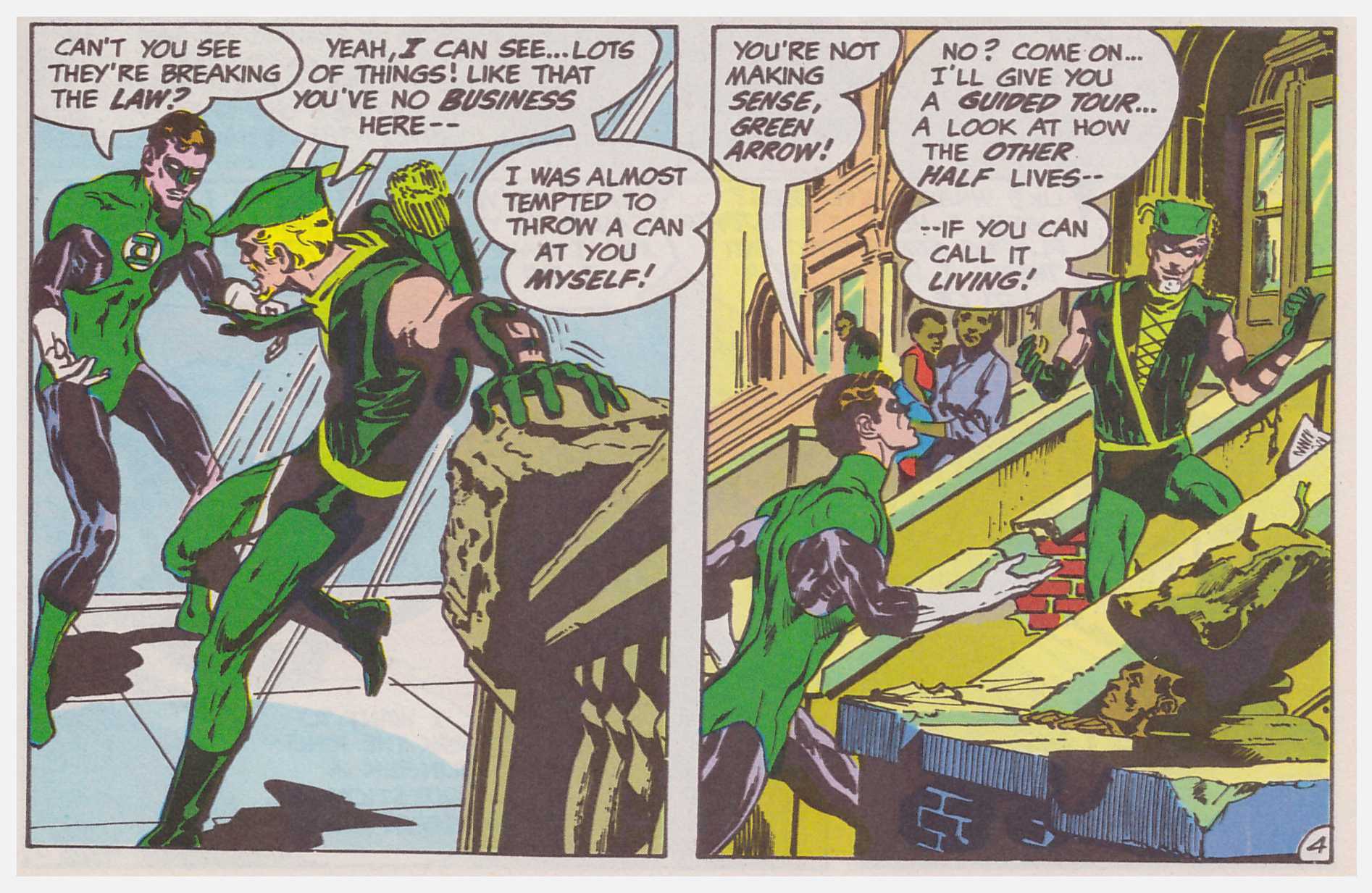 It’s a great shame when what was once landmark material is diminished by time. In 1970 writer Denny O’Neil (now credited as Dennis), and artist Neal Adams took a substantial risk. Green Lantern’s sales had been slipping, and the most obvious manner of rectifying this certainly wasn’t to throw in Green Arrow, and switch from space-spanning science-fiction to Earth-based investigation of social issues.

O’Neil had a background in both political journalism and activism, and conceived the idea of inserting superheroes into real-life problems besetting the U.S.A. There had been precedents, but never anything attempted on this scale. “I cherished the notion that the stories might be socially useful”, he wrote. The humanising of superheroes to confront the world was visionary, and tied into the growing social unrest in a country undergoing a process of self-examination, but, sadly, it’s not dated very well.

Because he was treading new ground O’Neil was extremely heavy-handed with his exposition, his moralising and his attempts to slot into the zeitgeist. With the best will in the world, the straining to be hip dialogue, integral to the contemporary acceptance, is in places unreadable today. O’Neil wasn’t writing for posterity, but posterity selects its own.

Adams’ art stands the test of time far better. When produced, his strengths outmatched pretty well all the competition, yet despite standards of superhero artwork having improved considerably in the 21st century, Adams’ work has graduated from outstanding to timeless. His natural talent and the time spent honing it for newspaper strips led to an instinctive understanding of drama, and a very cinematic choreography. The coupling with his naturalistic graphic realism produced a very potent style.

In work within The Brave and the Bold, Adams had already transformed Green Arrow visually, and here O’Neil elevates him from a Batman clone with a bow into DC’s distinctive social conscience. He was Green Lantern’s introduction into his new world of caring politics, berating his Justice League team-member for automatically protecting the interests of a landlord being attacked by rightly disgruntled tenants. From there the pair toured the USA to view the assorted social ills being suffered, accompanied by an immortal Guardian of the Universe, one of the beings whose power funnels through to Green Lantern’s will-powered ring.

Their succeeding adventures are almost a tick-box of problems still here with us today: pollution, racism, drugs, company towns, the imposition of one viewpoint to the exclusion of all others, out of control police, over-population, socially irresponsible big business, cults… As such, perhaps they’re now universal problems. Greater detail can be found in reviews of the previously published two-volume reprint.

For all the attention and awards the work accumulated when originally published, sales never matched acclaim, and the series was cancelled after two years, surely longer than it would last in similar circumstances today. O’Neil certainly succeeded in provoking thought and debate among comic readers not used to being confronted with the problems many faced on their doorsteps, and this work is a notable step in the evolution of American comics.

It’s noted elsewhere that this definitive collection omits the enlightening introductory essay and it’s successor supplied by O’Neil to the millennium reprinting. In it he notes his sentiment that stories should “simply be enjoyed or not enjoyed, absorbed or forgotten”. The problem here is that the stories won’t be forgotten, but neither will they ever again match their reputation.