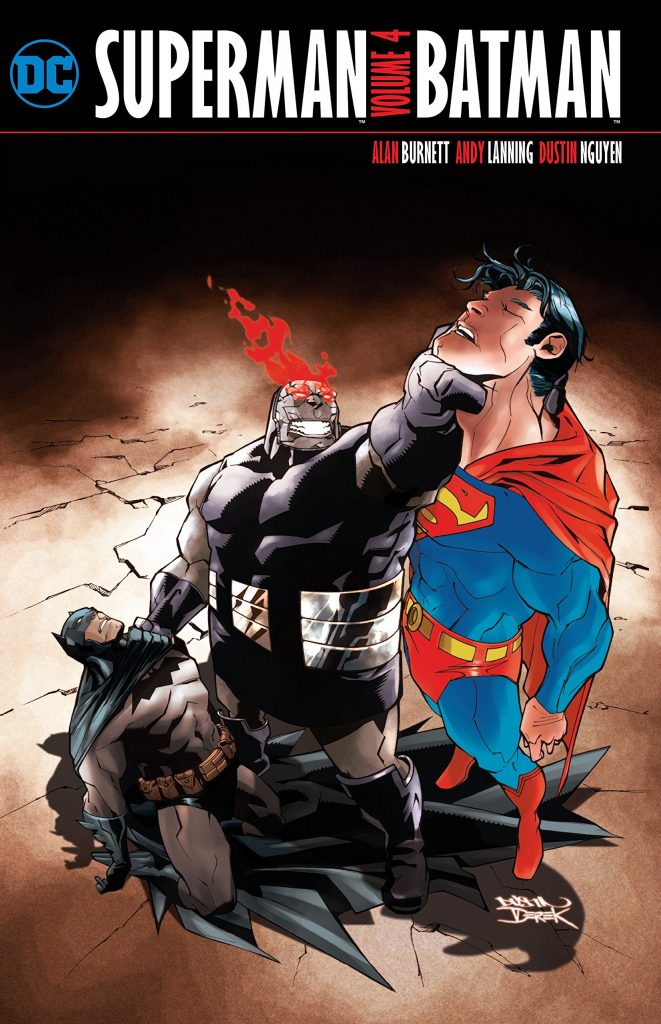 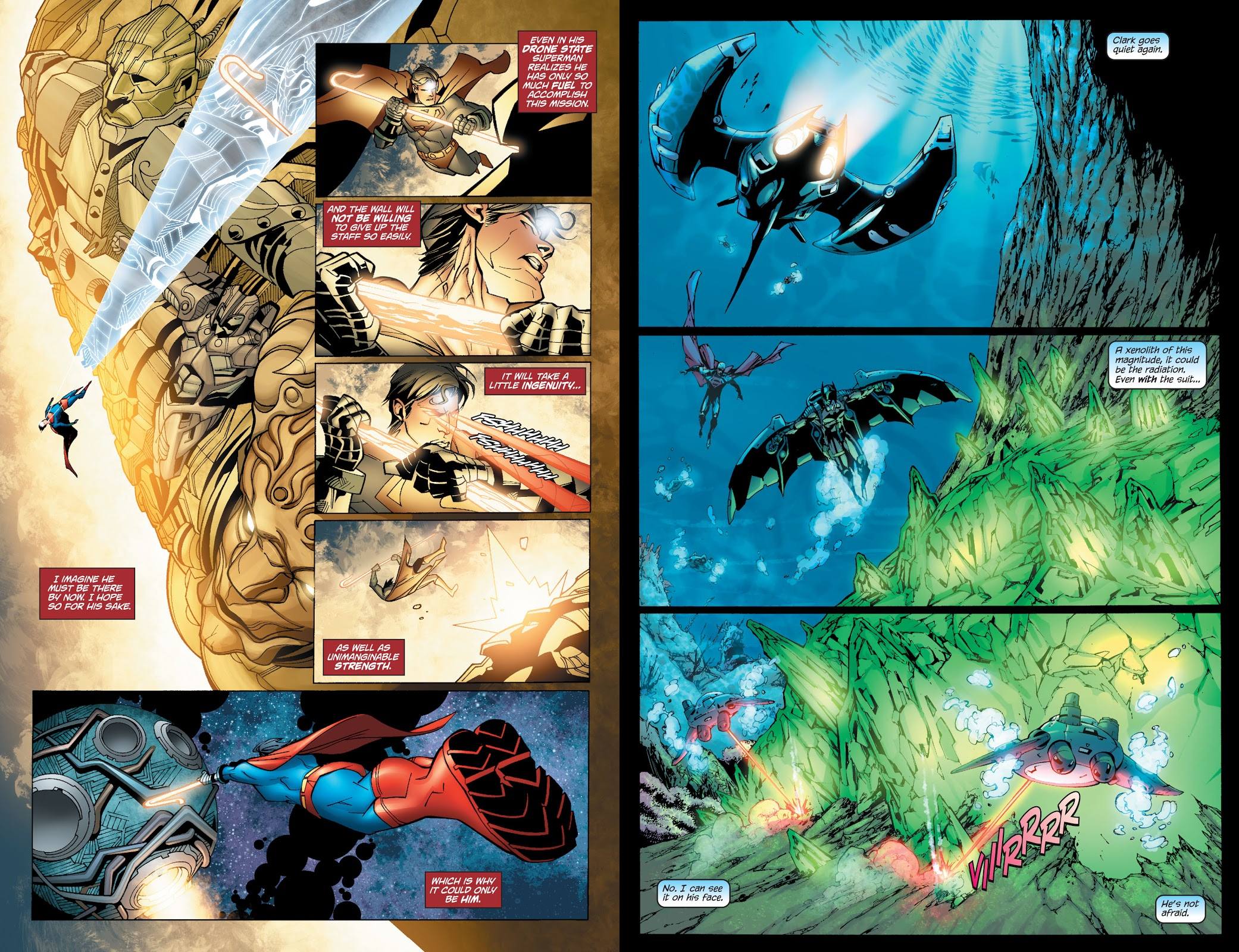 This bulky paperback combines two runs by TV writers previously available as Torment and The Search for Kryptonite, along with two stories that managed to miss inclusion in the earlier collections.

The first of those is by the writing team of Dan Abnett and Andy Lanning and drawn by Mike McKone, who start off with the surprise return of the 1960s incarnation of the Teen Titans introduced as a threat, and move from there to an old DC villain. It’s an entertaining filler, well drawn and only slightly let down by an ending tying into other DC continuity of the period.

Joe Kelly and Scott Kolins present an untold team-up from Superman and Batman’s past, from the days before there was a Justice League. Kelly has some interesting insights into that and other matters, but he has to weaken Superman for his plot to work. Kolins was an artist in transition when he drew the story, and it’s professional without being unique.

Before writing ‘Torment’ Alan Burnett had worked on several animated films, most featuring Batman, but also some with other DC characters, and what he brings to Superman/Batman is a formidable sense of how to build a plot. He begins relatively normally, at least for the DC universe, with Killer Croc robbing something from Lex Luthor, and by the sixth chapter he’s constructed something galactic. Dustin Nguyen’s art helps with this, although it’s inconsistent, in places stunning as seen on the sample art, but there’s one major character that he never really gets to grips with. ‘Torment’ underlines that Superman and Batman have an unequal and contrived partnership in which Superman is largely brought into Batman’s world, as without help there’s no way Batman would survive what’s thrown at Superman. It does seem an obsession Batman develops is unlikely, but Burnett explains it, ironically reversing roles for a one track personality who generally views others as a hindrance. Several items are efficiently concealed, and the only slight irritation is the ending tie-in to whatever crossover DC had going at the time, but otherwise this is clever and imaginative.

Michael Green is a screenplay writer, now best known for Blade Runner 2049, and co-writes most of his content with Mike Johnson. He begins with Superman concluding he’d be safer protecting Earth if all kryptonite were removed from the planet, seeing as it’s his fatal weakness, and from that produces a sequence of single episodes with kryptonite the connecting purpose. Quite apart from anything else, although Superman’s needs prompt the story, there’s a logical need for Batman’s help. Green and Johnson also make great use of the DC universe, obviously enjoying their time in the playground, and taking the heroes far and wide, all of which is very competently drawn by Shane Davis. He has a tendency toward too many lines on faces, but his pages are otherwise filled with creative imagination.

Green and Johnson’s interpretation of the Superman/Batman team continues into Vol. 5, which is welcome, as this selection is very enjoyable.