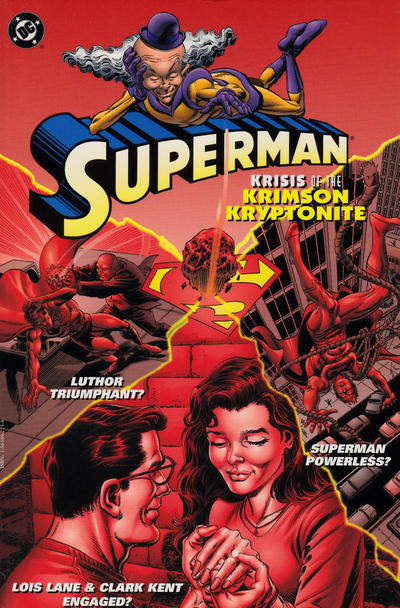 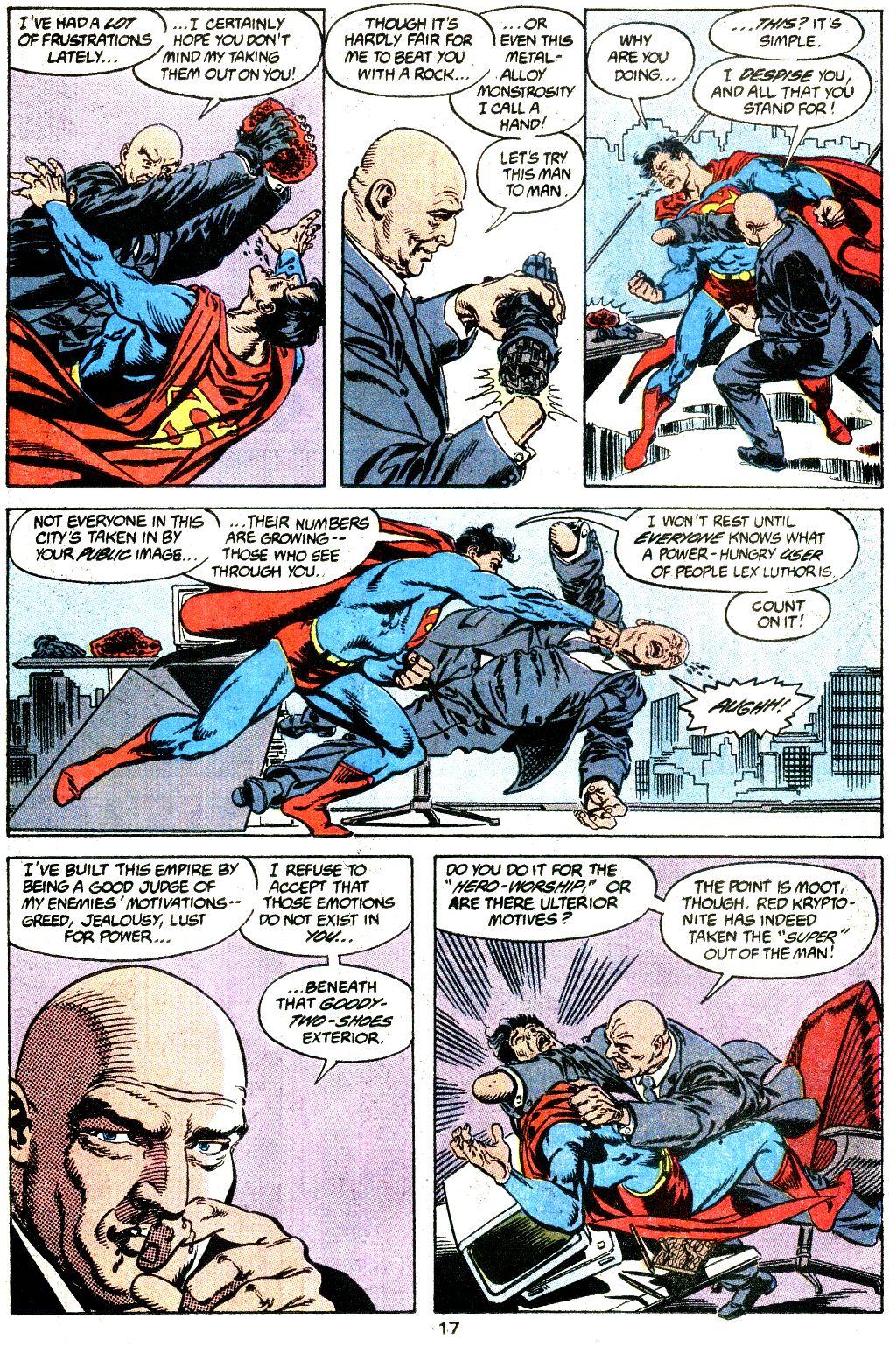 Krisis of the Krimson Kryptonite begins when Lex Luthor comes into possession of a chunk of magical red rock that enables him to remove Superman’s powers at a stroke, which may seem convenient, but is convincingly explained. The remainder of the book becomes Clark Kent’s mission to restore them, and how he copes with being reduced to merely human.

Fun is the order of the day here. Superman works best in light superheroic mode, and that’s what’s predominant. This is from the early 1990s. when Superman’s stories crossed between several monthly titles, and therefore involved separate creative teams. Jerry Ordway (sample page) and Dan Jurgens both draw the segments they write, in Ordway’s case particularly nicely, although Jurgens is never poor, while Roger Stern’s chapters are illustrated by the also good Bob McLeod. There are some cameo artists on a longer chapter, and Dave Hoover is included as the story crosses over into the 1980s version of Starman, pretty powerful in his own right, and whose abilities are incorporated well. So is the use of other Metropolis based superheroes. In later Superman graphic novels they’re overplayed, but here it’s via a series of brief interludes, meaning they don’t overstay their welcome, although there is a story convenience in the number of times Clark Kent/Superman runs into them given the city’s size. The story also shows what good, dramatic characters Clark Kent and Lois Lane can be when allocated space and not required just as plot devices to enable Superman. At one point Ordway has Kent confront Luthor, and it’s excellently staged, the same episode having a great cameo page from John Byrne for those well versed in lesser used characters.

Once the title story’s done and dusted we’re presented with two single chapter pieces. Jurgens’ teaming of Superman with Guy Gardner sinks some interesting ideas in mundane superhero action and excess soap opera melodrama, but Stern and McLeod’s final presentation has its moments. It’s been mentioned earlier that Luthor’s careless handling of kryptonite has left him terminally ill, and that plot comes to fruition in the final chapter in somewhat surprising fashion. When explained much later, it’s been neatly conceived. That story’s also included in They Saved Luthor’s Brain, which is where the continuity heads from here.

While very wordy at times, this is still a fun, readable Superman collection with some good surprises.