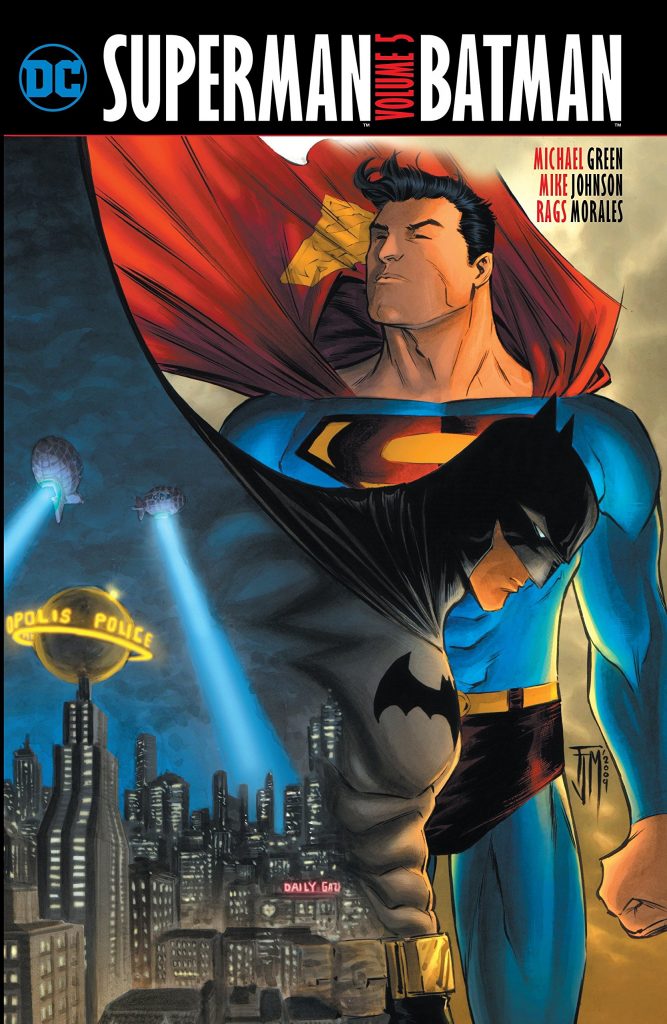 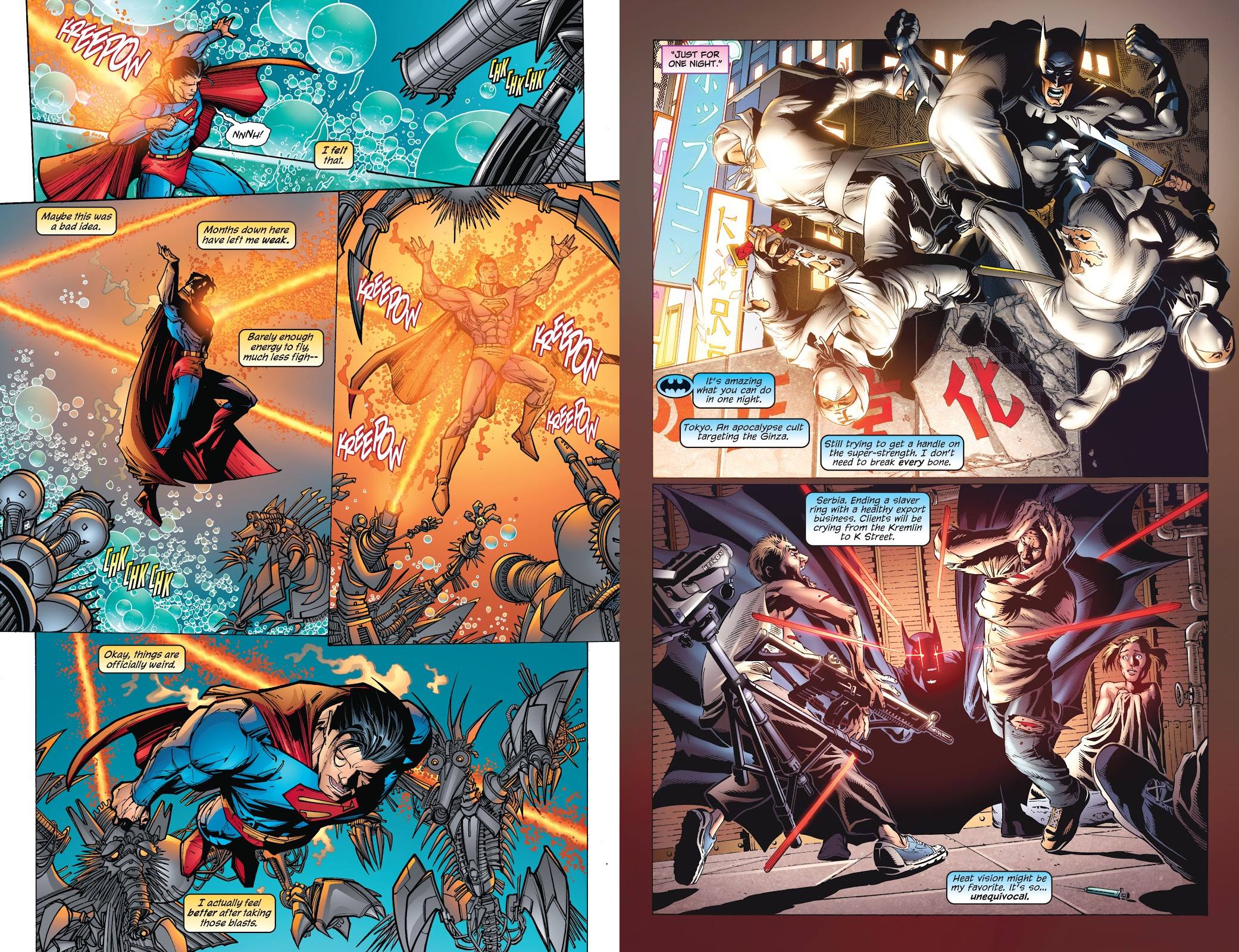 As with others in this series of Superman/Batman compilations, this is a chronological reprinting of a series that ran between 2003 and 2011, and most of Vol. 5 is written by the pairing of screen and TV writers Michael Green and Mike Johnson. Their work was previously available in the slimmer collections Finest Worlds and Night & Day.

Absent from those collections, though, but included here is a three chapter story written by Dan Abnett and Andy Lanning, with Johnson providing the dialogue. It separates the two batches of Green and Johnson contributions, and concerns the Prankster. He’s a real throwback to Superman’s simpler days, and while he’s been used in the modern era, it’s been sparingly and more as a joke than a threat, so Abnett and Lanning earn credit just for making him a viable problem. They create a trap for Superman that his skill set can’t escape, which is also clever, as is their extrapolation of nanite technology, and the twists keep coming in a good plot that’s more science fiction than superhero. The left sample art shows the good and bad of Whilce Portacio, with strong design and layouts, yet a curiously angular Superman.

The other story missing from earlier collections is a tale of Superman and Batman each seemingly interfering in the other’s city. Len Wein provides an updated version of an old villain, to which Chris Batista adds a something really scary with his character design, due to the naturalistic style of his art. He also poses the cast well, Superman especially. The constantly jokey tone of Wein’s script interferes with what’s otherwise a dark plot, but he comes good with an unexpected ending.

Green and Johnson’s stories differ from those in Vol. 4, as almost all of them deal with alternates in one way or another. An alternate Justice League show up, cute little cartoon characters, but with the personalities and powers of the familiar superheroes. A different version of the Justice League are visited on their world, there’s a world ruled by Gorilla Grodd, while dreams and magic also feature. Having shown how much Superman is limiting himself to associate with Batman in Vol. 4, these stories consistently bring him down to Batman’s level, the use of magic required to do so more than once. Green and Johnson’s longest story sees Batman acquire Superman’s powers. It’s an interesting study of Batman’s personality, as the crux is that he’s suddenly acquired the resources to wipe out crime in Gotham at a stroke, and all the ideological discussions about the different ways he and Superman combat crime come into focus. Sample art from Rags Morales supplies a glimpse of Batman going about his business.

Artistic standards have been high from the beginning of the series, and that doesn’t change. Every new story offers a new artist, and while the styles vary, so some may not be to your taste, there’s not poor art. Of the artists credited, Ed Benes, Matthew Clark, Ian Churchill, Allan Goldman and Andrew Robinson all work on an extended single chapter delving back into Batman and Superman’s family histories and delivering a clever twist.

The stories grow progressively darker, the early stages of Robin teaming with Supergirl the only light relief in the final few stories, but even that takes a bleak turn as Supergirl learns why Batman’s villains are in Arkham. However, Green and Johnson supply a good selection of Superman/Batman teamings making innovative use of their strengths, weaknesses and ambitions, improved for the addition of the stories by other writers.