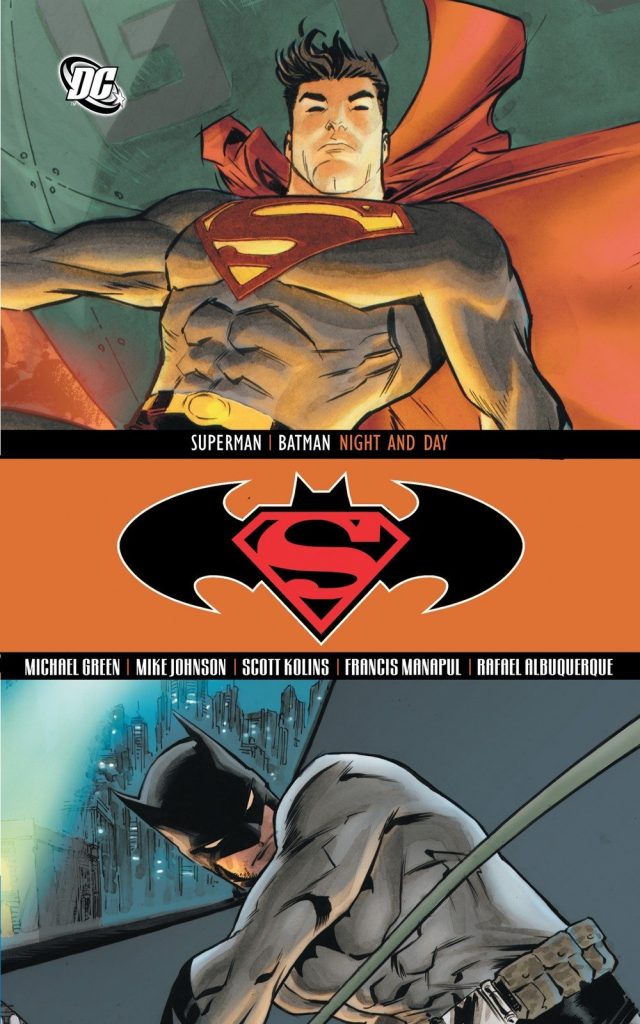 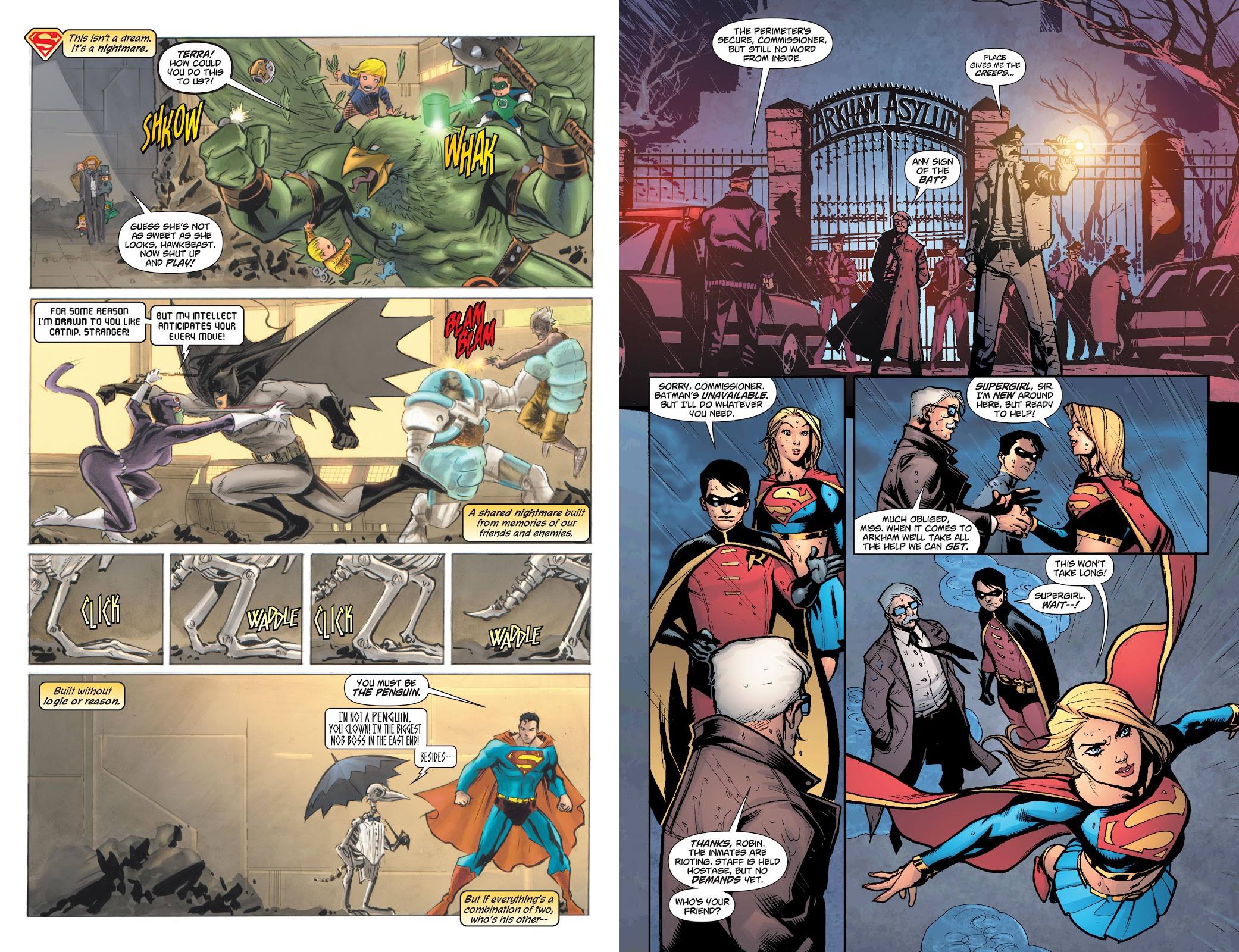 It’s not that there haven’t been dark moments in their previous work, but Night & Day has Michael Green and Mike Johnson taking a definite turn into the darkness over their four stories. Thematically almost everything could have fitted under the Finest Worlds title of the previous volume as each new story features a dramatic shift in circumstances. There’s a world controlled by Gorilla Grodd, one where amalgamations of the Justice League and Teen Titans are the primary heroes, and the lunatics having taken over the asylum when Supergirl and Robin remember their first teaming. There’s not much comedy relief over what are Green and Johnson’s final stories, and what there is occurs at the start of the Robin and Supergirl story, a few bright glimmers before Supergirl is given a horrific lesson in why Batman’s villains are best confined to Arkham Asylum.

The Grodd story provides the volume title, and is the best here, presenting a world ruled by Grodd, now powerful enough to control almost every human mind on Earth, having ensured Superman can no longer operate on the planet. Green and Johnson also include a brief note explaining Lana Lang’s behaviour in The Search for Kryptonite. It’s more a solo Batman outing than a team-up, but good enough that we shouldn’t really worry.

As can be seen by the list of artists, there shouldn’t be any complaints about how Night & Day looks. The sample pages are the work of Francis Manapul and Rafael Albuquerque, who bring very different styles to the horror of their material, Manapul smooth and Albuquerque gritty, but both are applicable. Scott Kolins is also very good, but writes as well as draws his story about the monsters of the DC universe, and on this basis his writing is nowhere near as accomplished as his art.

The remaining credited artists all draw pages of a Halloween story in which the nightmares of Batman, Superman and several villains and supporting characters are spotlighted. It has some nice moments, especially Lex Luthor’s dream, but the writing team of Peter Johnson and Matt Chernis don’t entirely convince. Plus, it appears not long after we’ve read another story about dreams and nightmares.

This is a considerably patchier collection than Green and Johnson’s previous outings, and not just because others also contribute. When DC repackaged this content these stories ended up split over Superman/Batman Vol. 5 and Vol. 6.