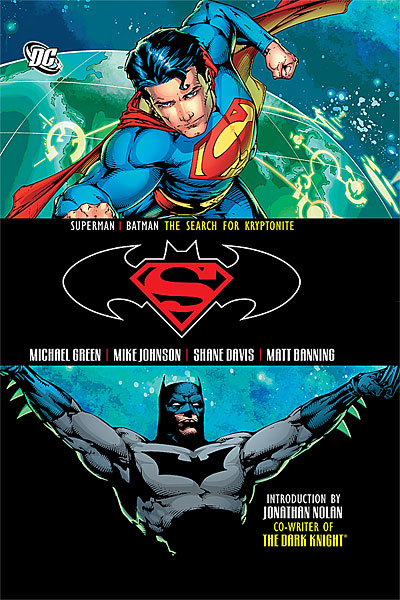 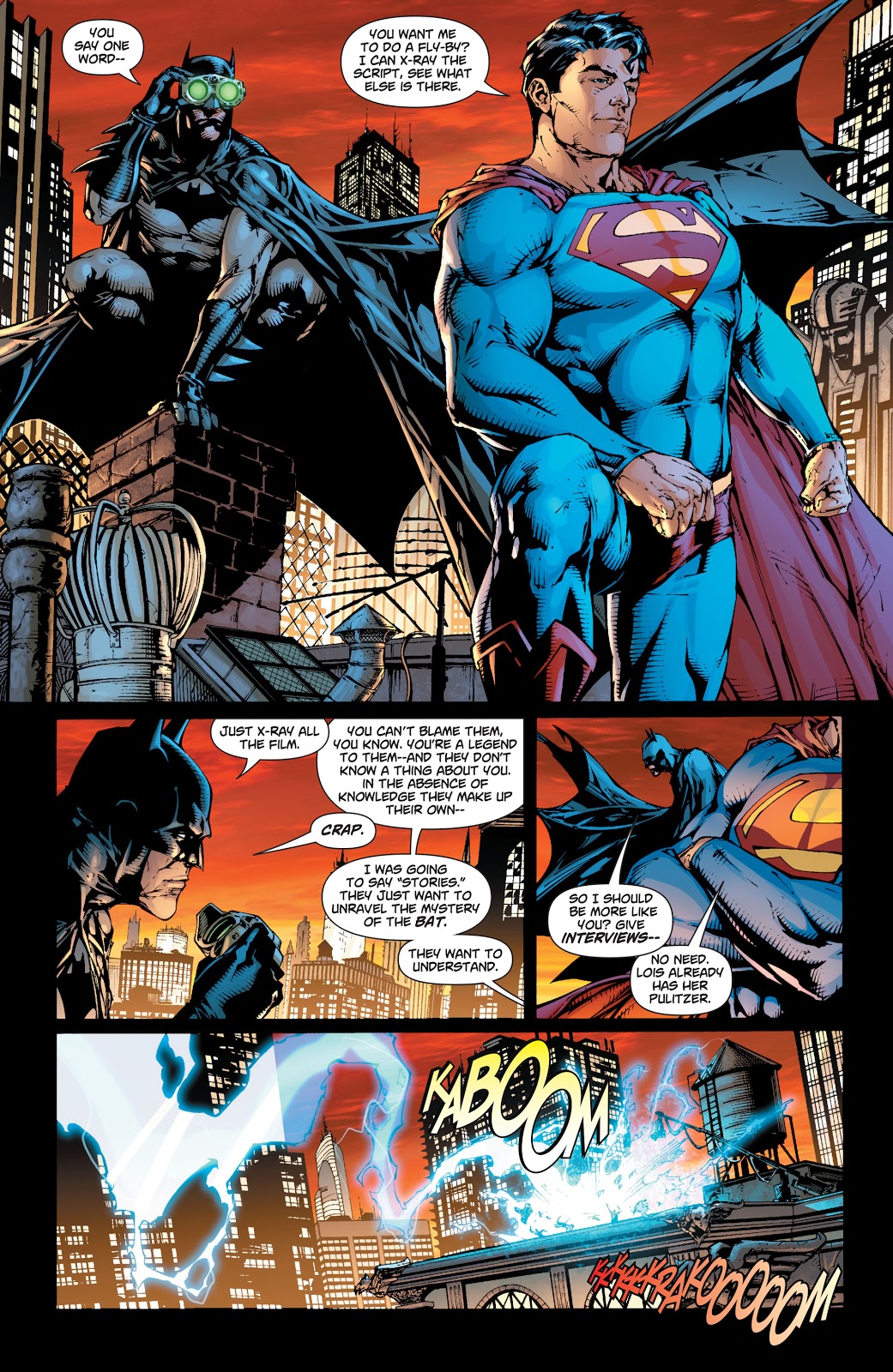 It seems at first from the leaden dialogue as if TV and film writer Michael Green’s three volume run on Superman/Batman’s not off to a sparkling start, but he’s having a joke. The two lead characters are watching the filming of a movie based on their partnership, and that situation devolves into crisis very rapidly. It leads into the title’s relevance when Superman decides it’s time to clear the Earth of kryptonite. As any encounter with it rapidly limits his effectiveness, he asks for Batman’s help. Too many Superman teamings with Batman don’t have any real purpose for Dark Knight, so it’s nice to see Green starting off logically.

That’s the way it continues. It’s diagnosed early that there’s far more kryptonite on Earth than anyone previously anticipated, Green throws in a few good jokes about where some small fragments are, and wraps his plots around the bigger chunks. The green kryptonite’s the deadliest, but there’s a history of other shades, each having a different effect on Superman, and these also have to be taken into consideration.

Shane Davis’ art is very much influenced by the 1990s Image style, with overly-muscled heroes delineated with too many lines, but look past that and there’s incredible talent on display. Davis fills the panels, designs the pages appealingly and provides some blistering pin-up illustrations.

Green plots this collection as a series of single episodes connected by the thread of hunting down kryptonite, and from that he and co-writer Mike Johnson, on board from the third of six chapters, make phenomenal use of the DC universe. Atlantis, Dinosaur Island and the bar where DC’s magicians gather are only three of the places visited, and the writers add to DC’s rich tapestry, introducing a cadre of warriors with kryptonite weapons. It’s all imaginative, and bulk kryptonite inevitably leads back to one place for a fantastic emotion-drenched closing chapter. It’s a selection with wit and panache reminding us why we love Superman and Batman. Finest Worlds is next. 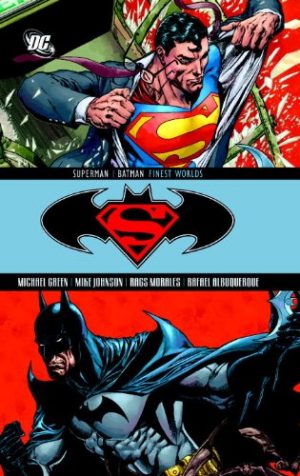 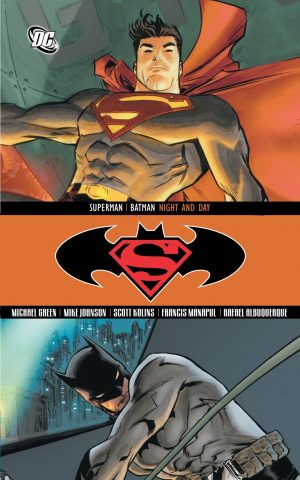 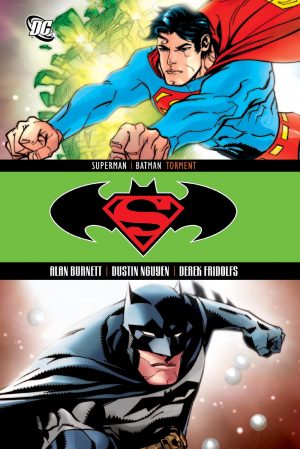