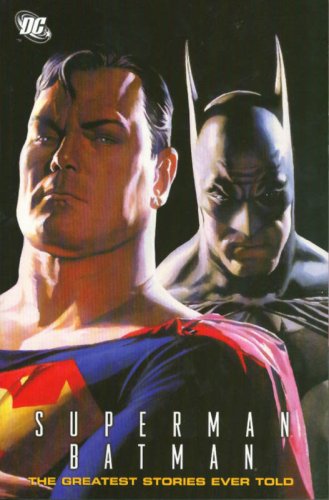 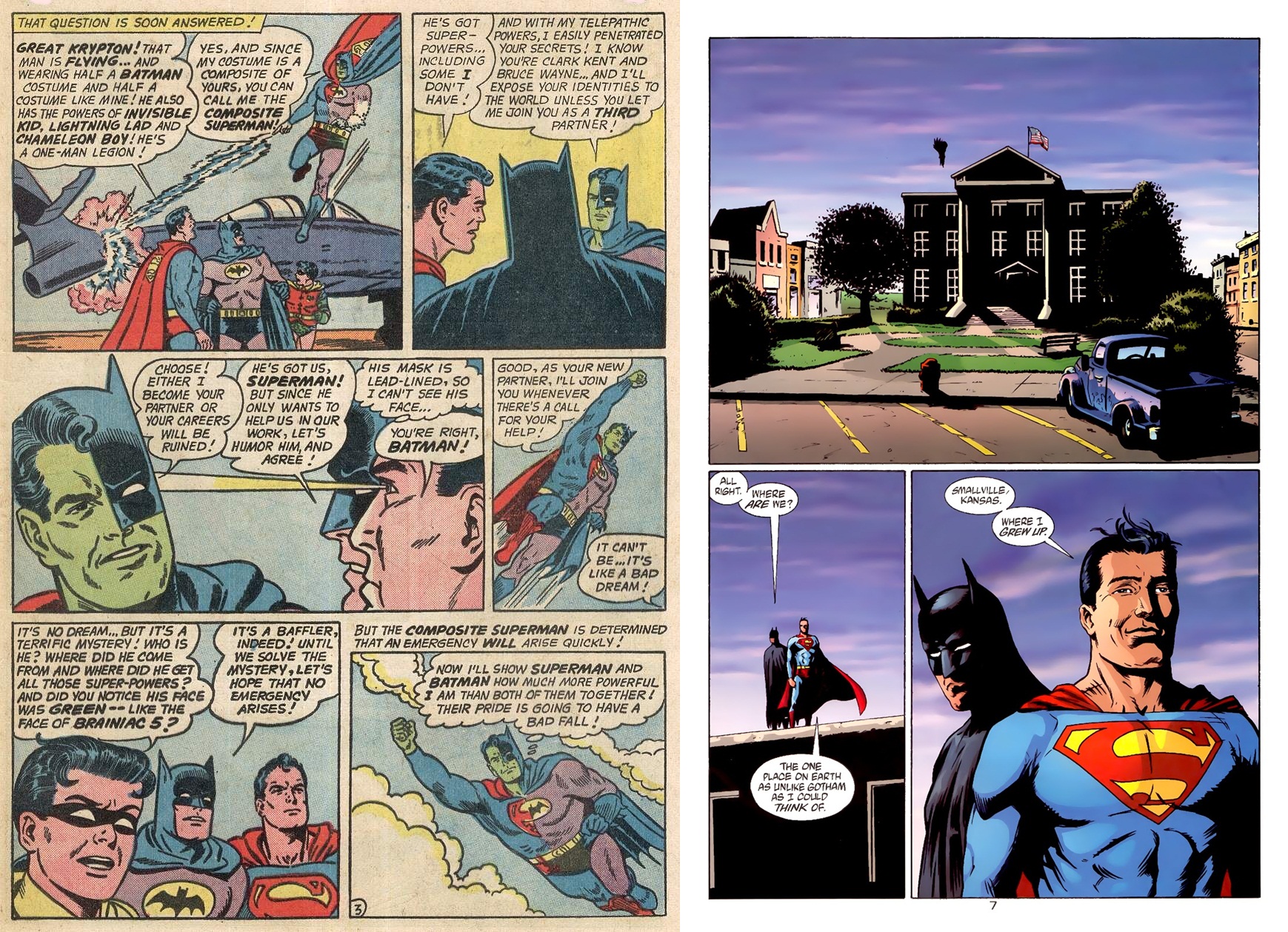 Have you ever wondered how Superman and Batman first learned each other’s civilian identities? According to 1952’s ‘The Mightiest Team in the World’ it was when Bruce Wayne and Clark Kent were allocated to share the same cabin on a cruise liner, and both attempted to change into their crime-fighting gear in the dark. A sudden flash of light, and their secrets were out! A jewel thief is also on board and needs identifying.

Edmond Hamilton writes the first four strips, covering 1952 to 1966 and occupying the first third of the collection. They’re all gimmick-led with puzzles for the intended young readers of the time to figure out. What are the Joker and Luthor up to? How can the Composite Superman have the powers of the entire Legion of Super-Heroes? Who are the Anti-Batman and the Anti-Superman? They’re enjoyably silly, but while elegantly drawn by Curt Swan (sample left) and Dick Sprang, they’re completely out of tune with today’s tastes.

DC’s sources for reprinting aren’t always the original comics. The lead caption on the opening story, paractically the first words read, references just having presented the first meeting of Batman and Superman, which suggests it’s been taken from an earlier reprint. Neal Adams’ later art is definitely not the original version from 1968, having been digitally re-coloured, but already looking more dated than the original flat colour would.

Several continuity re-boots redefine the Superman/Batman relationship as the collection progresses, the first in 1986 from John Byrne. This was carried out to high standards, but unfortunately Byrne’s early teaming of Superman with Batman doesn’t best represent that, with a daft villain seemingly intended as Superman’s Joker looking appallingly 1980s.

Because most stories are so relentlessly contrived it’s a surprise to eventually reach the genuinely touching ‘A Better World’. Karl Kesel begins with an angry Batman coming to terms with the death of Robin and Superman having experienced his own crisis of conscience, and anger and resentment gradually becomes a reaffirmation of why the pair are heroes. Sensitively drawn by Peter Doherty (sample right), it’s by some distance the collection’s best story, yet is mainly discussion and it lacks any villains. It comes over far more naturally than the following two pager by the more highly acclaimed creative team of Jeph Loeb and Tim Sale.

The finale is a Superman/Batman annual from 2006, very recent on publication, but bringing things full circle. A continuity re-booted Bruce Wayne and Clark Kent are unaware of the other’s secret identity when they again have to share a room on a cruise liner. Carlo Barberi, Sean Murphy and Ryan Ottley draw some pages, but the lion’s share are the work of Joe Kelly’s Deadpool partner Ed McGuinness, and a homage duly features. Kelly’s plot is fun, exaggerating the contrivances and relationships of the past for madcap comic effect, although that won’t appeal to people who prefer a serious tone to their superheroics.

If this really features the greatest Superman/Batman stories ever told it hardly speaks well of the franchise. In this type of anthology it’s generally the 1980s providing the cut-off point for material still holding some contemporary appeal, but a below par Byrne means it’s only a third of the content reaches that demarcation. Prioritise nostalgia for your anthologies and you may enjoy this, but anyone who want stories comparable to average 21st century standards will be largely disappointed.