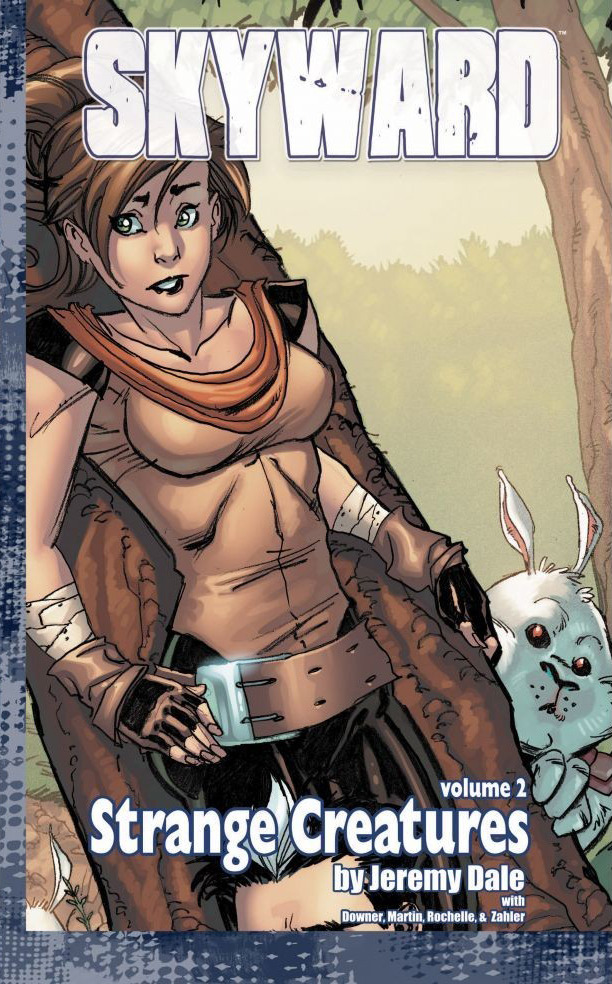 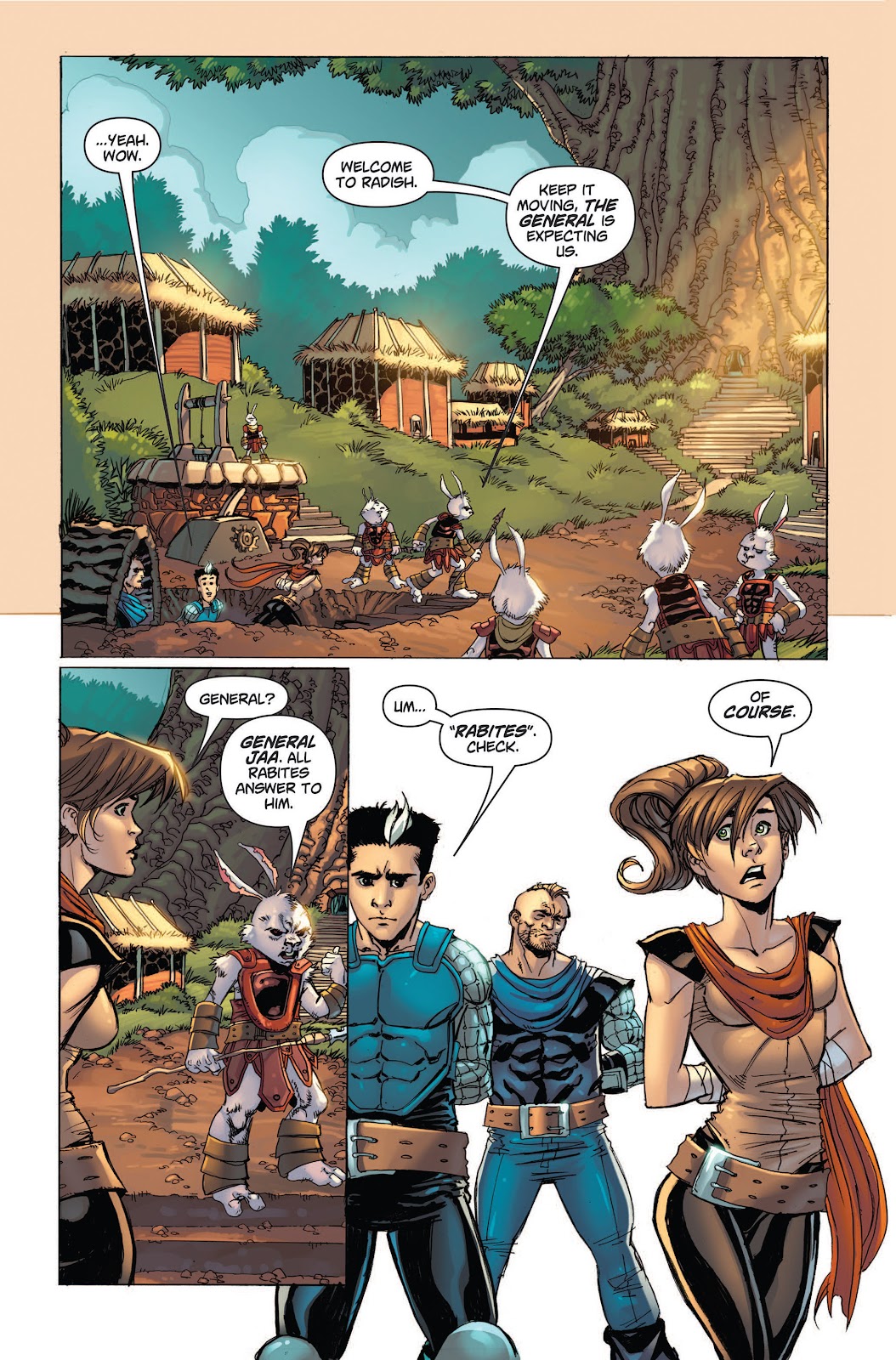 Skyward’s title wasn’t explained in Into the Woods, but Jeremy Dale covered a fair bit of ground over three chapters of his young adult fantasy saga, a procedure repeated for Strange Creatures.

The first major character introduced was the young Quinn, initially thought to be dead after an attack on his parents’ farm, but he’s survived and is in possession of a very powerful sword. He’s being tracked by Abigail and Jack, who provided Volume 1’s cliffhanger when they ran into a troop of armed rabbits. We also met Herod, the villain of the piece, but beholden to beings even he treats with respect. Alongside them Dale introduced strange creatures and Garrick, the adventurous elf. One thing’s for certain, the peace after lifetimes of war seems to be just a temporary lull for the kingdom of Three Rivers.

Dale expands the cast here, introducing Prince Dom, keen to join a military expedition, but frustrated at what he perceives as his father, the king’s protective attitude, and Skerrigan the assassin. Their face and body are completely armoured, they can fly, they have a knowledge of mystical artefacts and are very, very dangerous.

There’s a constant pace to Skyward, and enough sympathetic characters in different locations to ensure that whenever Dale switches scene it’s to something equally captivating. His cast almost all have some form of weakness, or feel themselves held back, and attractive full figure art brings out the best of them and their locations. The plot moves forward rapidly, and it’s only at the end that it occurs that while assorted people seem to consider war is coming, there’s been no real hint as to why that is. Perhaps in The Battle for Three Rivers.

This is another enjoyable fantasy outing for young adults, reasonably priced and still worth looking out. 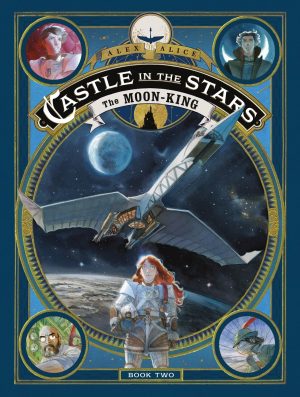 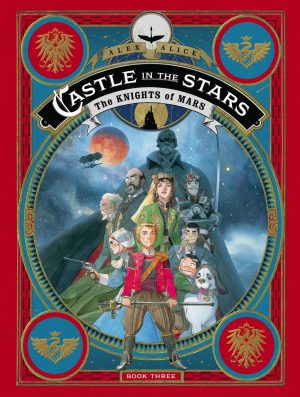 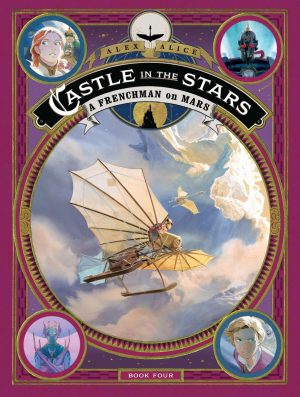