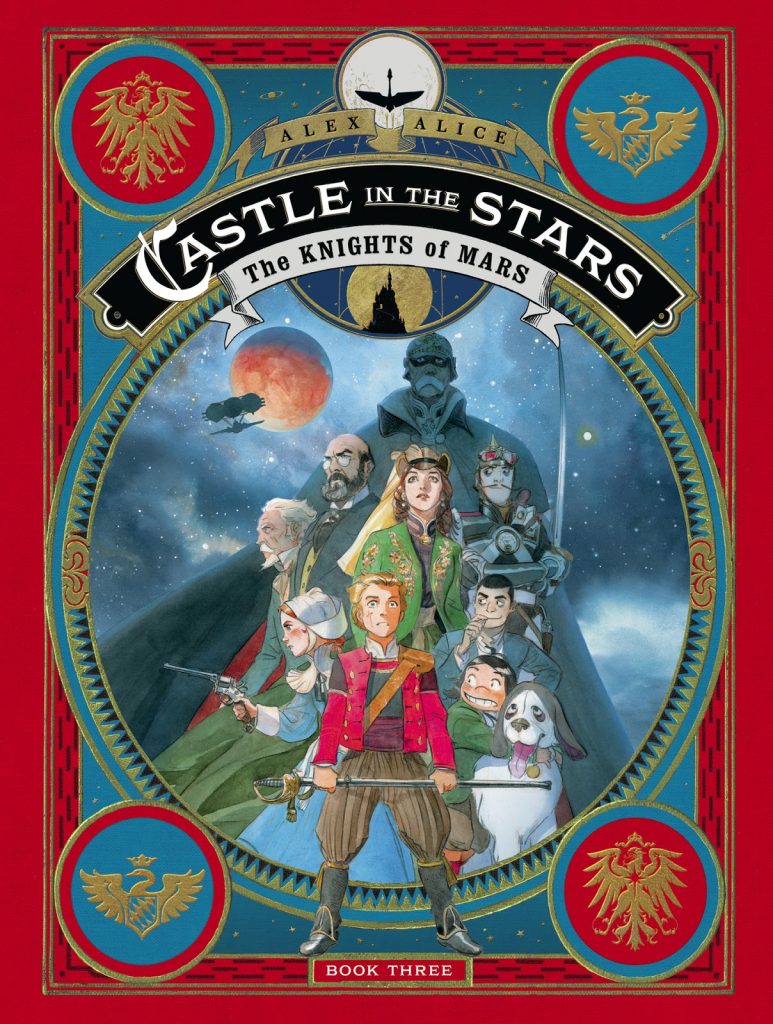 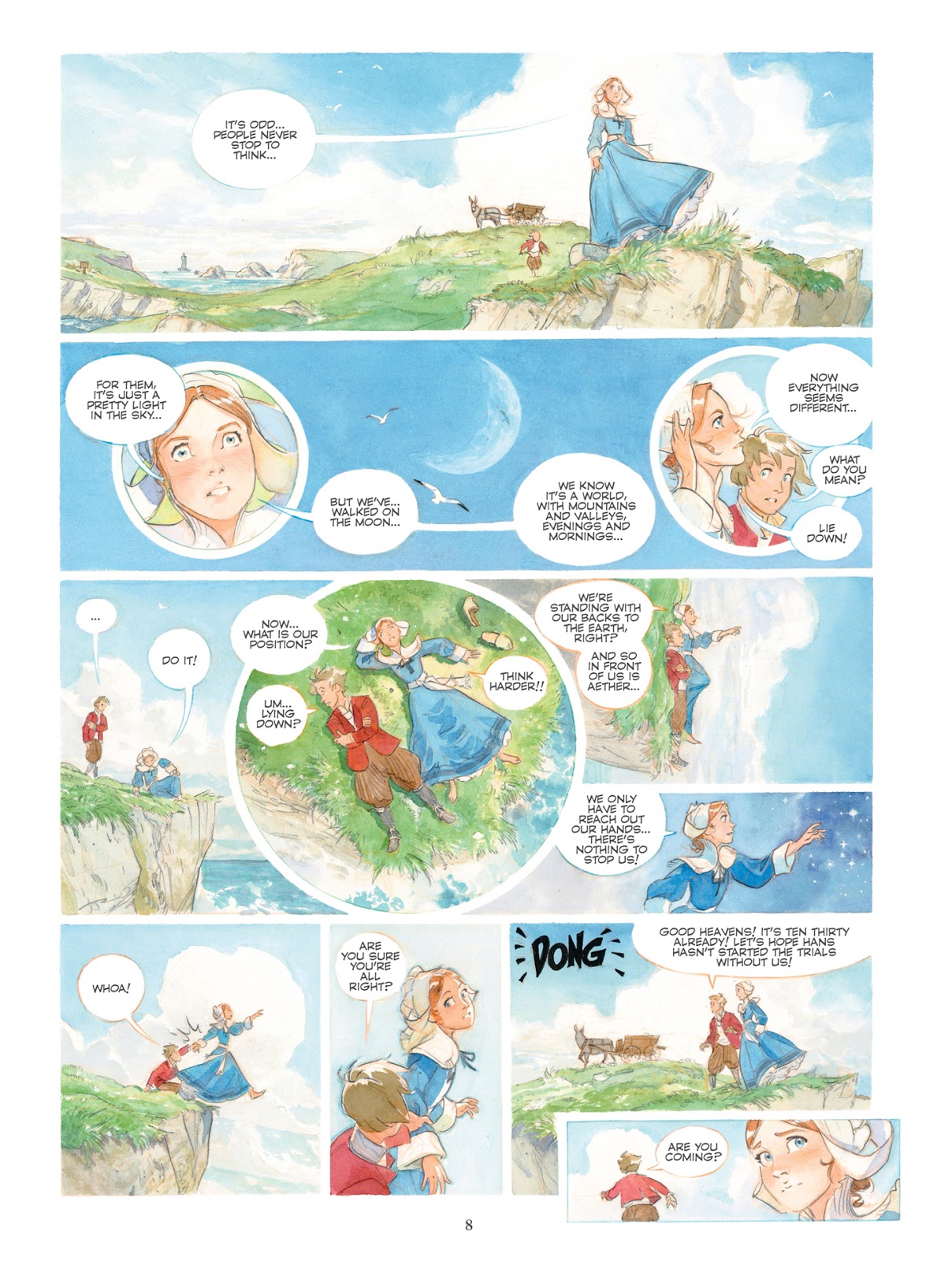 The opening two volumes of Axel Alice’s Castle in the Stars form a more or less self-contained story exploring the idea of the first men on the moon landing there in 1869 instead of 1969. There was, however, just enough plot left over from The Moon King to prompt a new two-part adventure. A handy synopsis explaining previous events is included at the start.

It was a mixed bunch of people who travelled to the moon, prompted by Seraphin’s faith in his missing mother being there. She wasn’t, but they did return with aetherite, the substance she believed could generate lightning. The travellers returned home and escaped from power-hungry Prussian chancellor Bismark, but not before he acquired some aetherite. They’re now concealed on an island off the Britanny coast attempting to understand its properties and potential.

Alice incorporates the real world politics of the era well, never overstating that the technology might be more primitive, but the lure of power it keeps in check isn’t too different from today’s situation. His presentation of people is thoughtful, with even those working for the good of humanity seen in shades of grey, and there are surprise, yet valid reintroductions of people who previously only seemed minor players. Seraphin prompted events, but has now sunk back into an ensemble cast. That’s switched around considerably as the thrilling events play out.

A lot of story is packed into sixty pages, and although Alice is an exceptional artist he never lets the art overwhelm the story. His glorious designs, both of craft and locations, are there to be seen, but in smaller panels where the viewpoint provides the stature. As before, the people are alive and there’s a paleness to the colour, which is a consistent choice, but there’s a feeling that the occasional bright contrast would improve the look.

Because a considerable adventure occurs on Earth, it seems as if The Knights of Mars is going to be an extended set-up sequence, with the pay-off coming in A Frenchman on Mars, but a visit to Mars is on the agenda. It’s a thoughtful plot where much has been considered, and what at first seem strange decisions have good purpose. Several fine cliffhangers will drag readers into the following volume, and a thrilling package is concluded by a few pages of Alice’s sketches and designs.