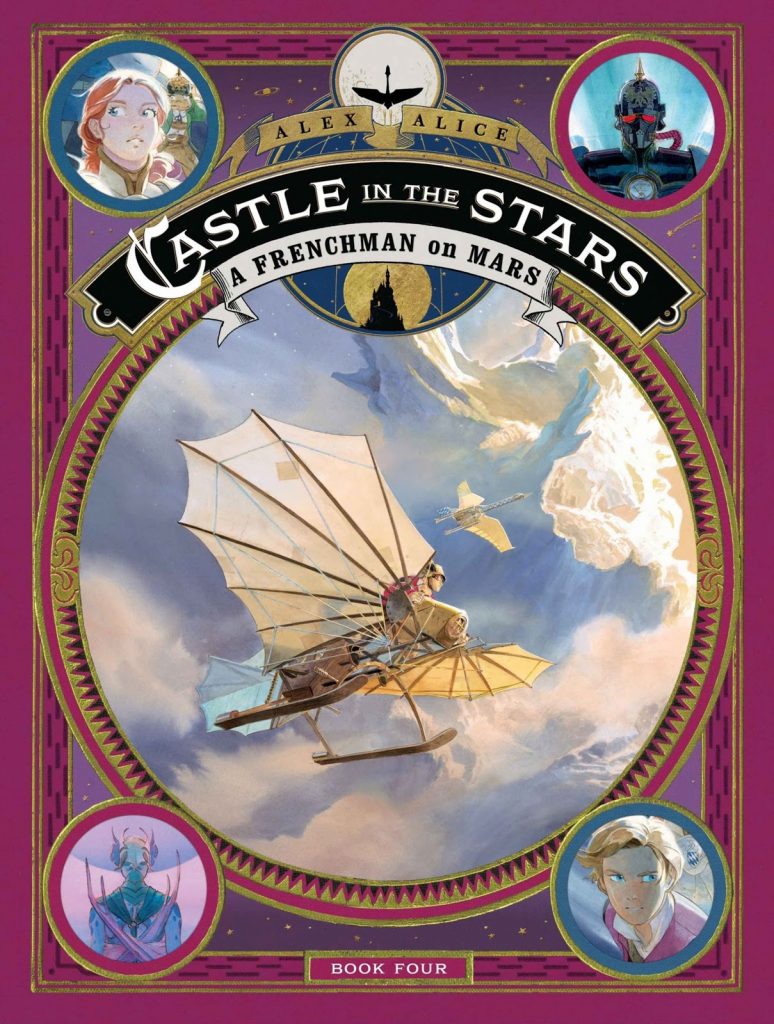 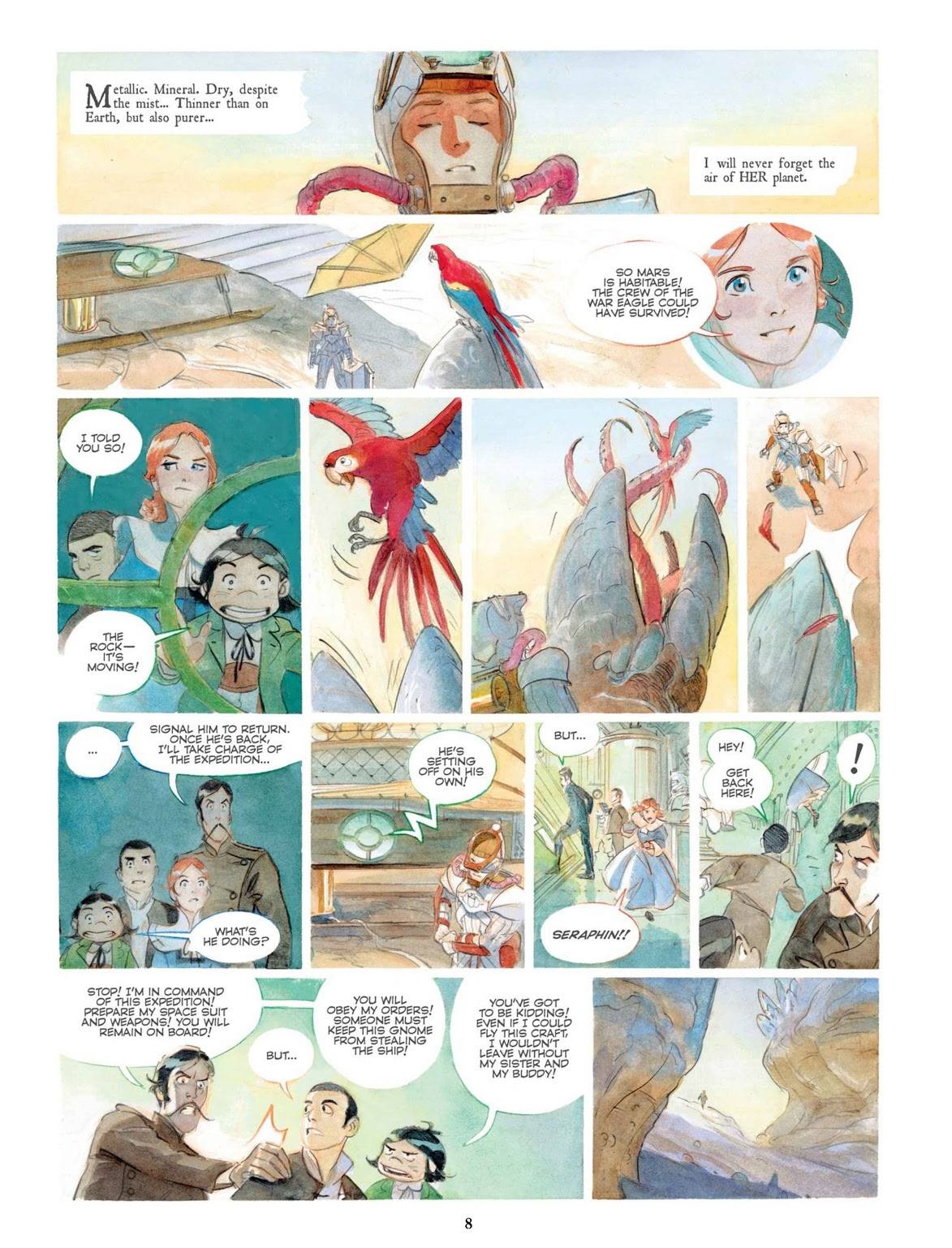 As three graphic novels lead to the starting point of A Frenchman on Mars it now seems a long time since Seraphin began searching for his missing mother, who disappeared into the sky convinced she could capture a substance to provide a new power source. She was right, and it’s prompted a form of space race in 1869, with Axel Alice using the real world politics of that era as a backdrop to his creative fantasy.

In The Knights of Mars the rescue mission of Seraphin and his colleagues was derailed by a Prussian agent, and the story picks up with their ship approaching Mars. Anyone who’s read the previous volumes won’t need any prompting to dive straight into what’s another thrilling dose of steampunk SF with Alice’s imaginative threats and luscious pastel art. He switches between several parties in several locations, both on Mars and Earth, not forgetting characters from earlier outings, and occasionally switching back in time by several months as he fills in what’s happened to them. This includes a brilliantly simple piece of deception reconfiguring the entire mission to Mars.

Once on Mars, Alice wastes no time in introducing the complication of the atmosphere inducing hallucinations. Without being able to trust their eyes, can anyone avoid the many threats? That and a prolonged middle section using text and illustration give A Frenchman on Mars a pulp quality, and the themes introduced, most prominently human superiority, echo the SF of the 1930s. However, there’s an awareness preventing too great a descent into unsavoury matters, and Alice’s constant creativity accompanies a meditation on the corruption power brings, or more precisely here, the desire for power.

Everything works to a satisfyingly well-plotted conclusion and a great cliffhanger leading into the next volume, as yet unpublished in English. Castle in the Stars has been thoughtful and thrilling from the start, and A Frenchman on Mars continues the joy.