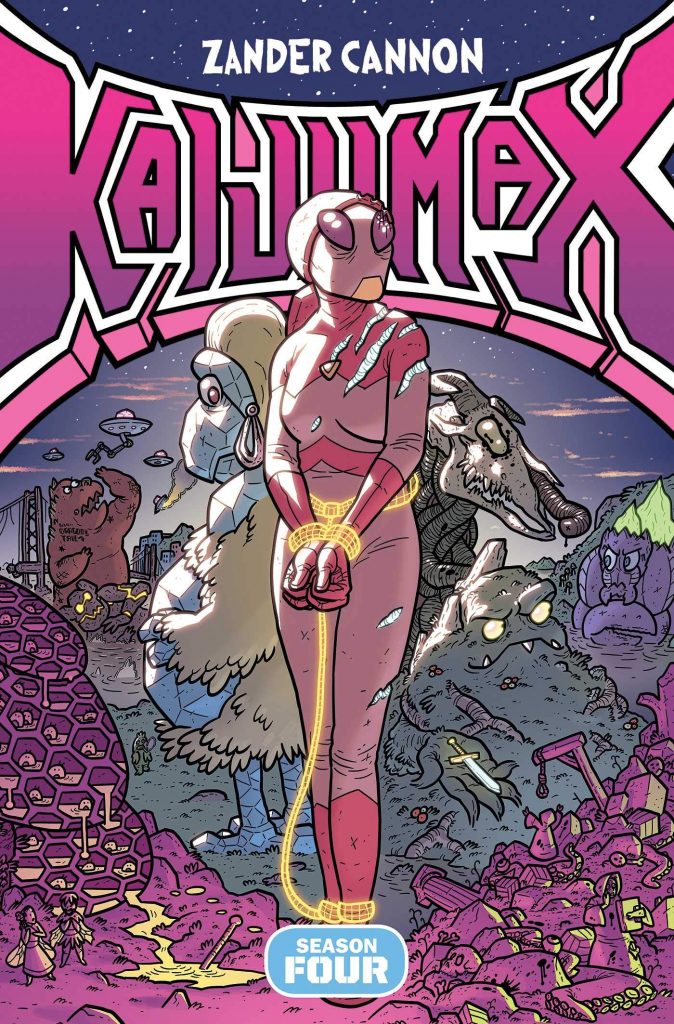 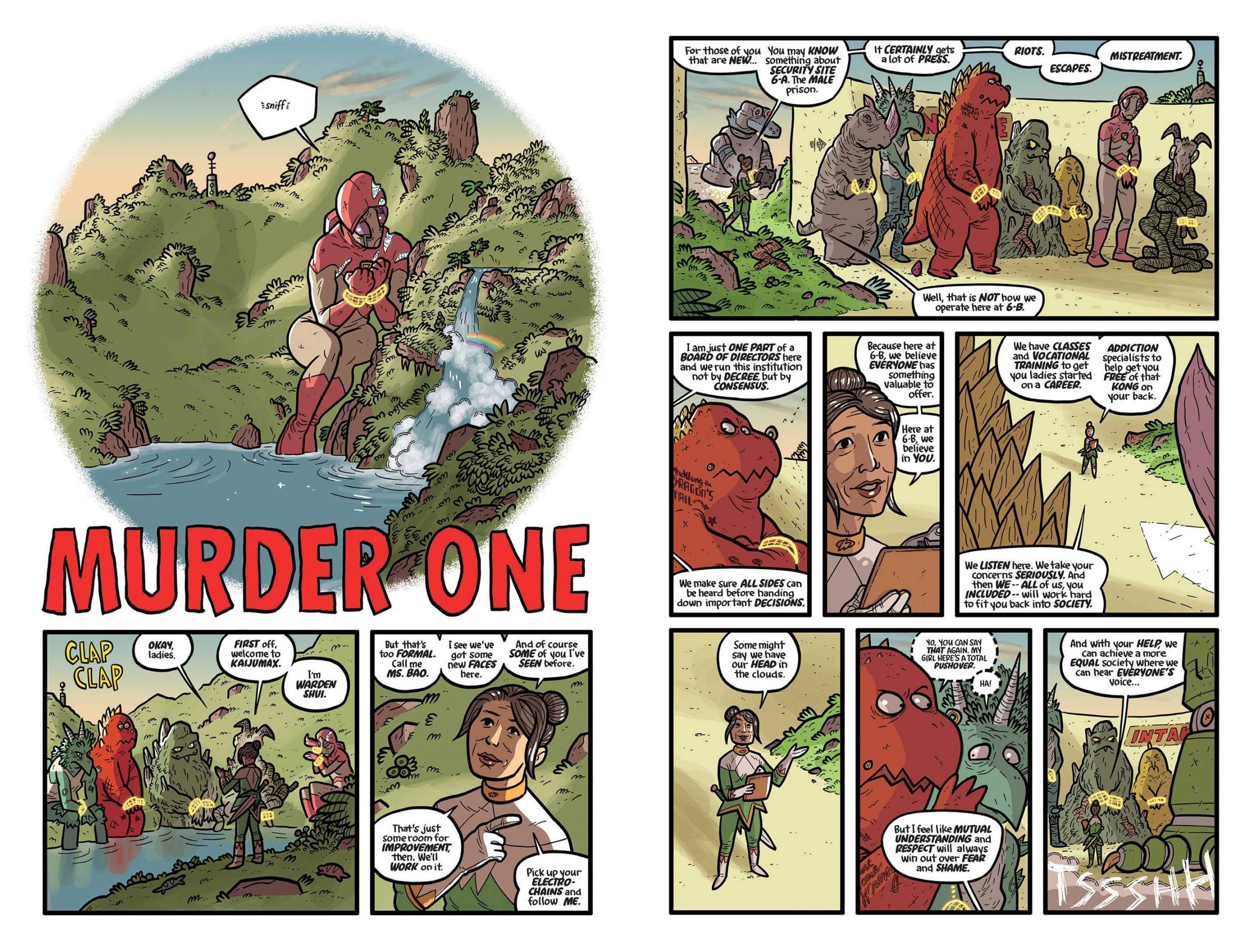 Scaly is the New Black is a riff on Orange is the New Black, the television drama set in a women’s prison. It’s an appropriately witty title because Zander Cannon extends the logic of his Kaijumax universe a little further. If there’s a men’s prison then obviously there has to be a female one, right? Welcome to Security Site 6-B, the women’s Kaijumax location, where we meet a whole new group of inmates, along with the team of humans who run this facility. Cannon’s already impressive range of monster designs moves up a gear in this volume. The warden Shui Bao has a more collaborative, collective style of management than Kang at Site 6-A, and for site visits she joins her dragon mech with her board of directors to form a 5-robot, Voltron-style Celestial Guardian!

There are many more new types of creature, including Queen, a Mothra-style giant bee, and the spectacularly repulsive Goat, a writhing Lovecraftian mass of tentacles who has a power dark and gross enough to match her appearance. Not everyone here is a stranger to us, however. There are a couple of familiar faces among these female criminal kaiju. Dr. Zhang, formerly chief medical officer at Site 6-A has just arrived in chains. After murdering the manipulative abuser Zonn, her size control device is broken and she can’t scale back down to human size. One result of this unprecedented crime is that nobody has ever seen a giant human in prison before and both inmates and officers initially assume she must be an alien or robot. Jeong, who worked alongside Dr Zhang at 6-A is now a guard at 6-B. His terror of being squished in his tiny human form keeps him permanently powered up, and he has added so many weapons to his outer shell that’s he’s barely recognisable from his original form. He has someone else to protect now that Chisato, his loving partner, is pregnant, and the added stress is leading him to make some very bad decisions. Cannon’s brilliantly escalating plots ensure that readers are continually kept off balance. Every action, no matter how inconsequential, seems to lead eventually to a terrible reaction, and no characters are immune from the results. Kaijumax continues to be surprising and enthralling reading.

Scaly is the New Black is collected, along with book three King of the Monstas in the monster-sized Kaijumax Deluxe Edition Volume 2 which features an additional sixty pages of commentary from Cannon including movie reviews, script and design notes, production material and other extras. 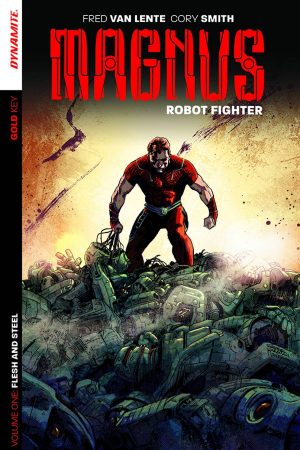