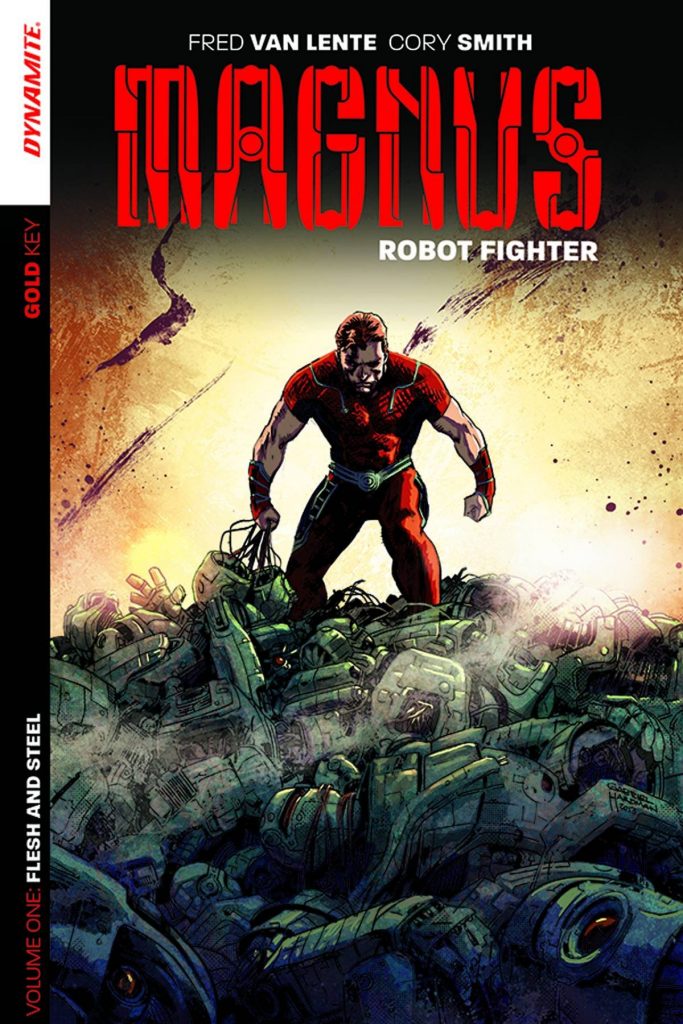 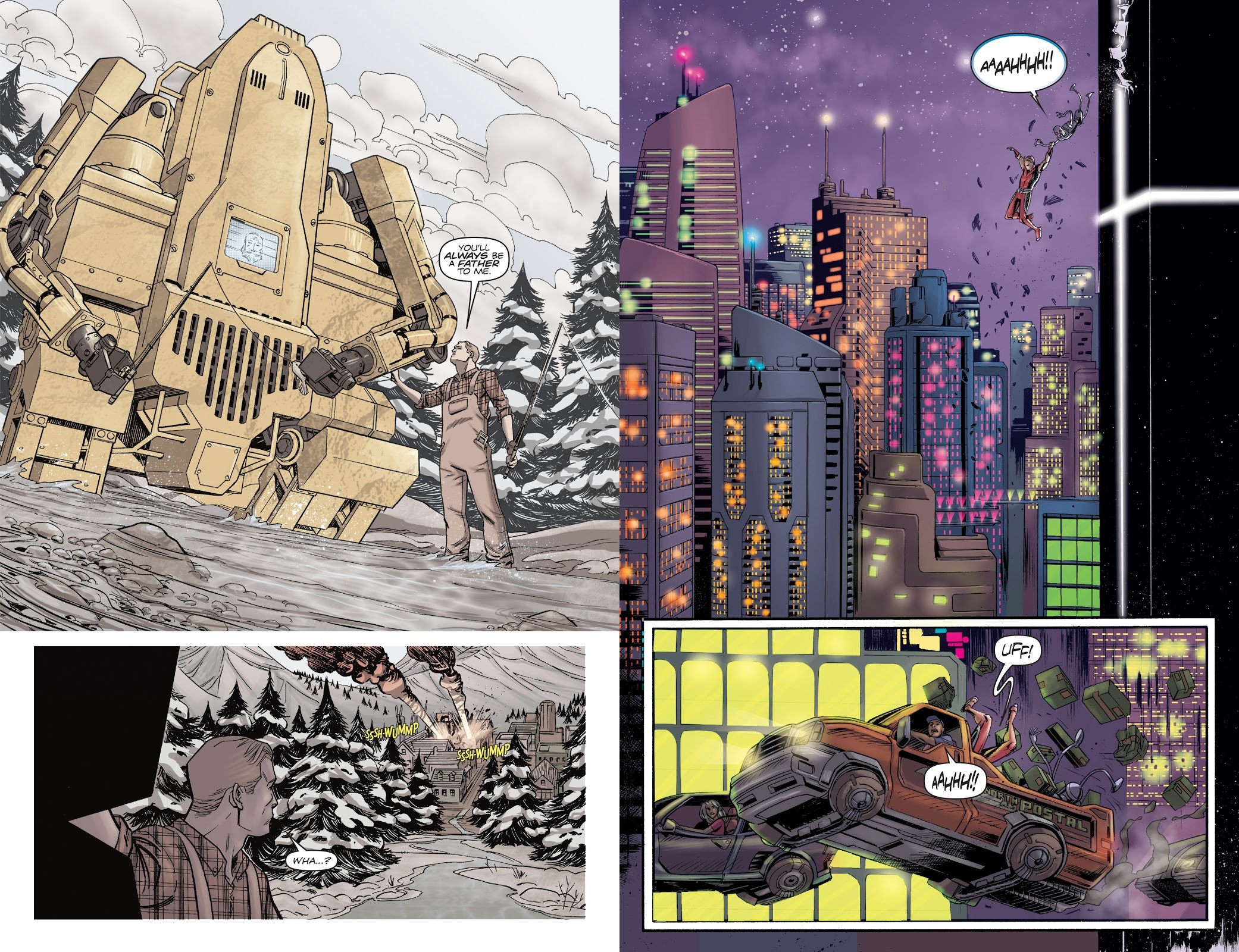 There are two big drawbacks for anyone attempting to revive Magnus, Robot Fighter. The first is whether or not there’s enough residual fondness to make any revival worthwhile. Surely few present day comic buyers remember the 1990s revival, let alone the original 1960s version. The second is that for anyone who does, the peerless art of Russ Manning is one hell of an act to follow. It’s a conundrum.

Fred Van Lente and Cory Smith kick start from the beginning. In a world not too far in our future robot technology has evolved to a point where some are constructed to help humanity, and Magnus lives a contented life in a small town. That changes rapidly, and Magnus is thrown into a nightmare world where robot life is prioritised above humans, and humans seem in very short supply. It’s a world well built up, the necessary information dropped in via small doses, punctuated by Magnus discovering what he’s actually very good at. Given the series title, it should come as no surprise that his form of martial arts is somehow far more effective in dismantling robots than it should be, and he begins to revel in that. Further aiding him is that he can somehow tune into robot internal transmissions.

Smith puts some effort into the art, with design a strong point. Setting some scenes on completely white backgrounds supplies a disorientation, and designs for dozens of different robots to act as cannon fodder for Magnus are well conceived. However, much of the remainder is ordinary. It’s unreasonable to expect Smith to emulate the effortless elegance Manning acquired over a long career, but an artist able to attempt more refined figurework would have been more appropriate. Smith’s approach is standard action thriller storyboards. Roberto Castro on the final chapter’s exploration of North-Am’s history is slightly more impressive on a story explaining the presence of humanoid robots.

Van Lente is more imaginative. He takes the basics of the original series and updates the ideas. Leeja Clane is now an all-action human hunter, sponsored for a TV show and followed by floating cameras broadcasting her hunting activities. They provide a running commentary and simultaneous advertising pitch. As Magnus seems to have no problem with human sized robots, how will he cope with nanobots? By the end of Flesh and Steel, Magnus has learned plenty about his new society, and little of it is pleasant. He continues his fight in Uncanny Valley.

There’s a cinematic plot to Flesh and Steel that has some appeal, and Van Lente’s certainly spent time constructing the background elements to give the society a depth, but on the basis of this opening volume it needs something more. 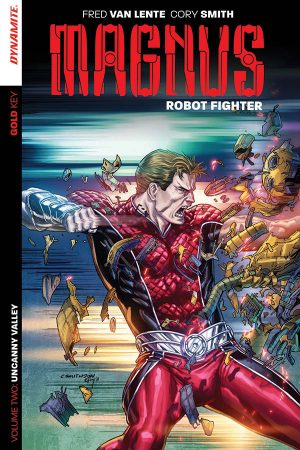 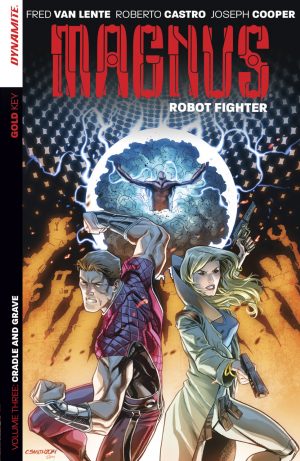