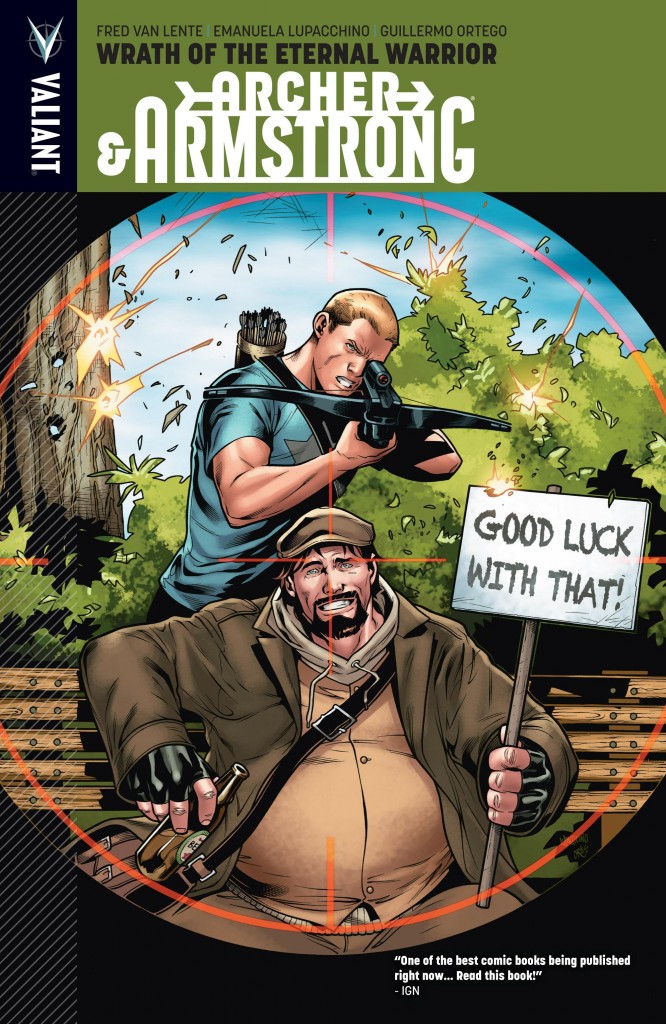 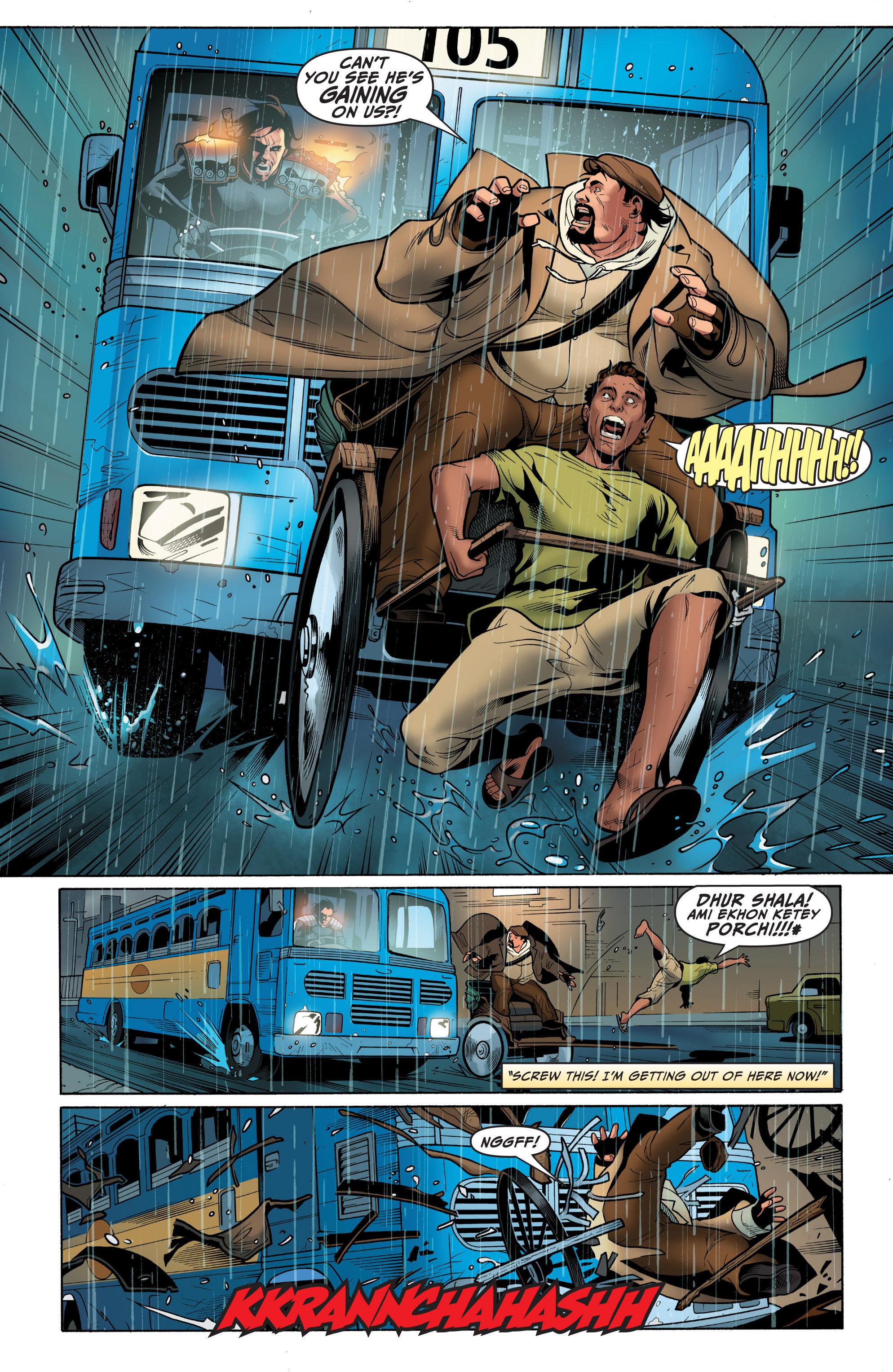 There’s a relatively complicated back story to Archer and Armstrong for anyone who’s not read The Michelangelo Code, but much is explained as the story progresses. To begin all that’s needed to know is that Archer is an intelligent, but naive martial arts expert sent to kill the antichrist, who was identified as Armstrong, an immortal carouser. However, the truth was revealed, and Archer switched allegiances. During the course of that, however, Earth’s Geomancer, a person with special talents connected with the planet itself, was killed and Armstrong’s brother, the Eternal Warrior of the title, considers himself honour bound to avenge that killing. He’s dedicated his life to combat, and even Armstrong’s prodigious strength is secondary. As if that wasn’t problem enough, our mismatched heroes must also locate Earth’s new Geomancer.

That’s just the action portion of the agenda Fred Van Lente has prepared for our delectation. It’s infused with a hefty dose of whimsy as the new Geomancer and their sponsor are revealed, and the fine bantering relationship between Archer and Armstrong. The mood is greatly enhanced by the excellent clean art from Emanuela Lupacchino, who superbly delivers what’s the most incredible job interview of all time.

To give credit where it’s due, a fair few of the concepts Van Lente exploits so well originate with the series’ original 1990s incarnation, but over that skeleton he weaves muscle and sinew, and in common with its inspiration this series consistently surprises. The concept of Archer and Armstrong blundering in? 1990s. What they blunder into, however, is Van Lente’s construction. He expands on the purpose of the Null organisation, which is to end all existence, using mathematical justification. Their outlook is rather similar to the Dark Judges featuring in Judge Dredd, also obsessed with ending all life for a perfect universe. The addition of another immortal to the cast, for this story arc at least, enables diverting interludes into the past, and Van Lente has the entirety of history as his playground, with the great, the good and the disappointing to populate it. All of it is beguilingly illustrated by Lupacchino, and Alvero Martinez’s contribution to the final chapter is no mistake either.

Character building is exemplary. “The problem when you come right down to it, Sir”, splutters Archer, “is that I lack purpose”, a condition that’s shortly rectified, but not in a manner Archer would have wanted. This is a during a headlong rush into some big ideas that resolve themselves nicely by the final pages. Of course, this is serial fiction, so a few loose ends lead us into Far Faraway.

There’s the option of buying both those books along with the series opener as Archer & Armstrong Deluxe Edition 1.