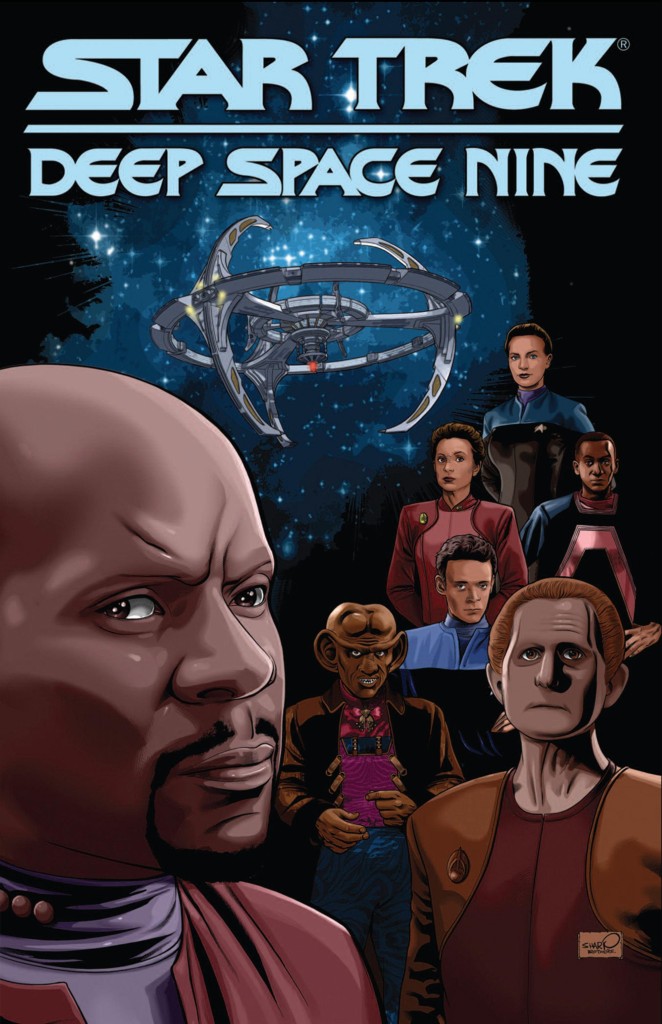 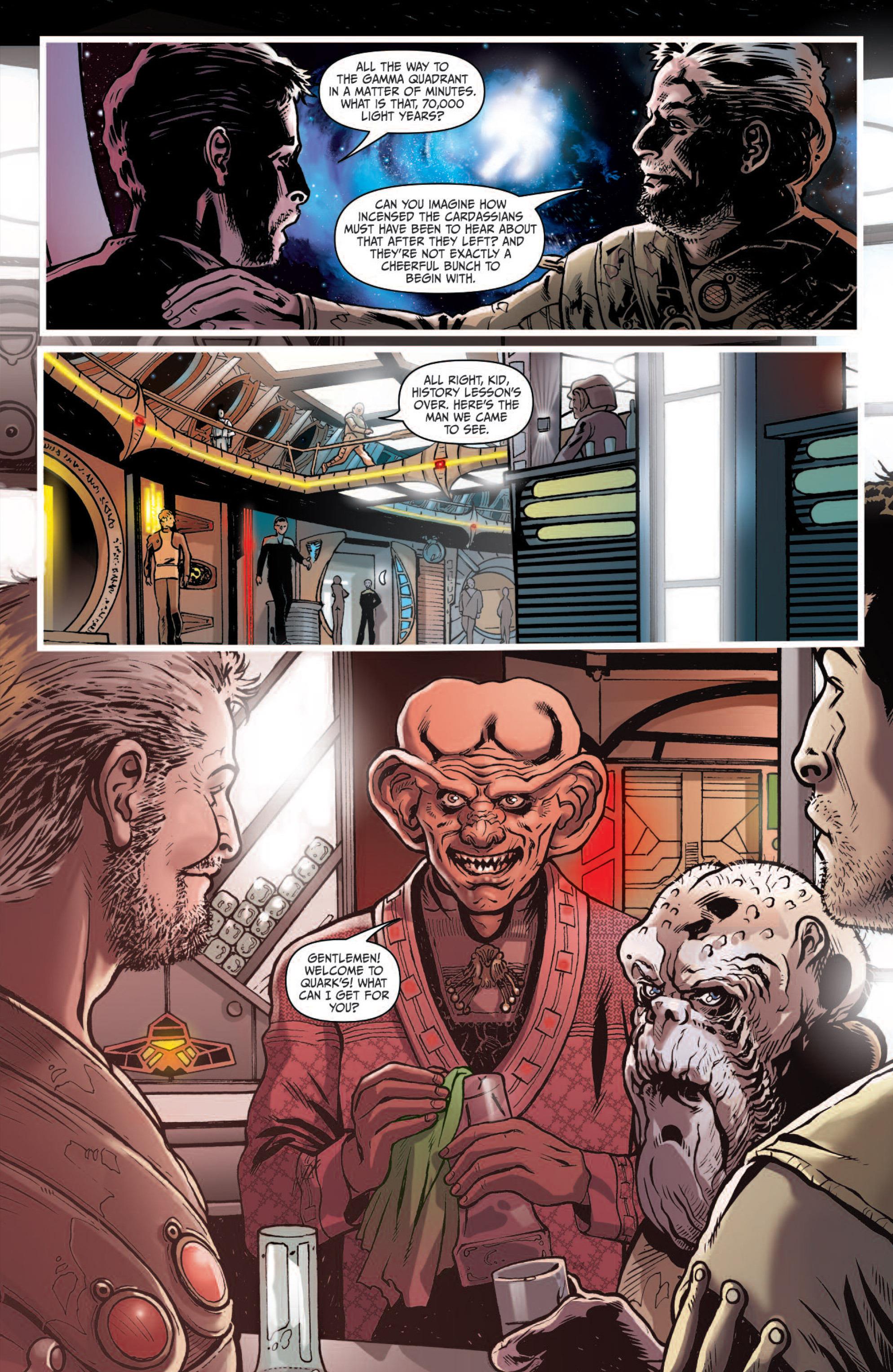 Deep Space Nine has become rather the lost orphan of the Star Trek world. It’s certainly sparked little in the way of interest at IDW whose sole visit in ten years of holding the licence to produce Star Trek graphic novels has been Fools’ Gold. That’s a shame, as it’s rather good.

Scott and David Tipton’s plot has an increasing number of people arriving on Deep Space Nine, 35% more than usual, and instead of passing through they’re hanging around, while not all have surrendered their weapons to Odo on arrival. Captain Sisko is ambivalent until a major outbreak of trouble affects him personally. And still people continue to arrive in quantity, as Quark gloats about the business opportunities.

The history of Italian artists illustrating Star Trek comics heads all the way back to the first licensed material in the 1960s, and Fabio Mantovani continues the tradition for three-quarters of this graphic novel, producing easily followed layouts and an admirable capacity for making a story with little action over the opening segments look interesting. His cast likenesses vary, possibly according to the availability of visual reference, but there are some absolute stunners here, although Odo, whose ill-defined features might be imagined easier to replicate, doesn’t always make the grade, sometimes looking like Peter Cushing. The art for the concluding chapter is shared between Emanuela Lupacchino, in 2008 very good, but not quite the artist she’d become, and Francesco Lo Storto whose work on the final pages falls far short of the remainder, which is a shame.

As more and more arrivals overwhelm the facilities at Deep Space Nine, there are increasing problems with vandalism. The basis, if not the particulars, of the writers’ eventual revelations will come as no great shock, but it’s fun journey along the way that unfolds in leisurely fashion as we drop back in on pretty well all major players from the series on the way to an ingenious solution. 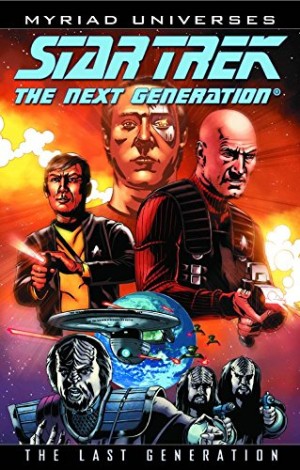