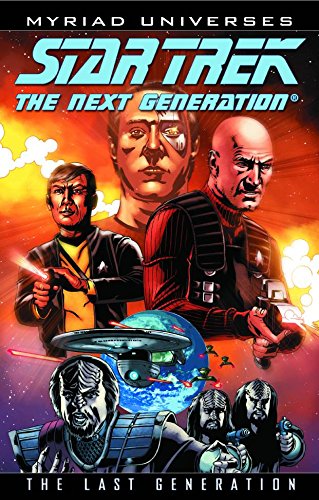 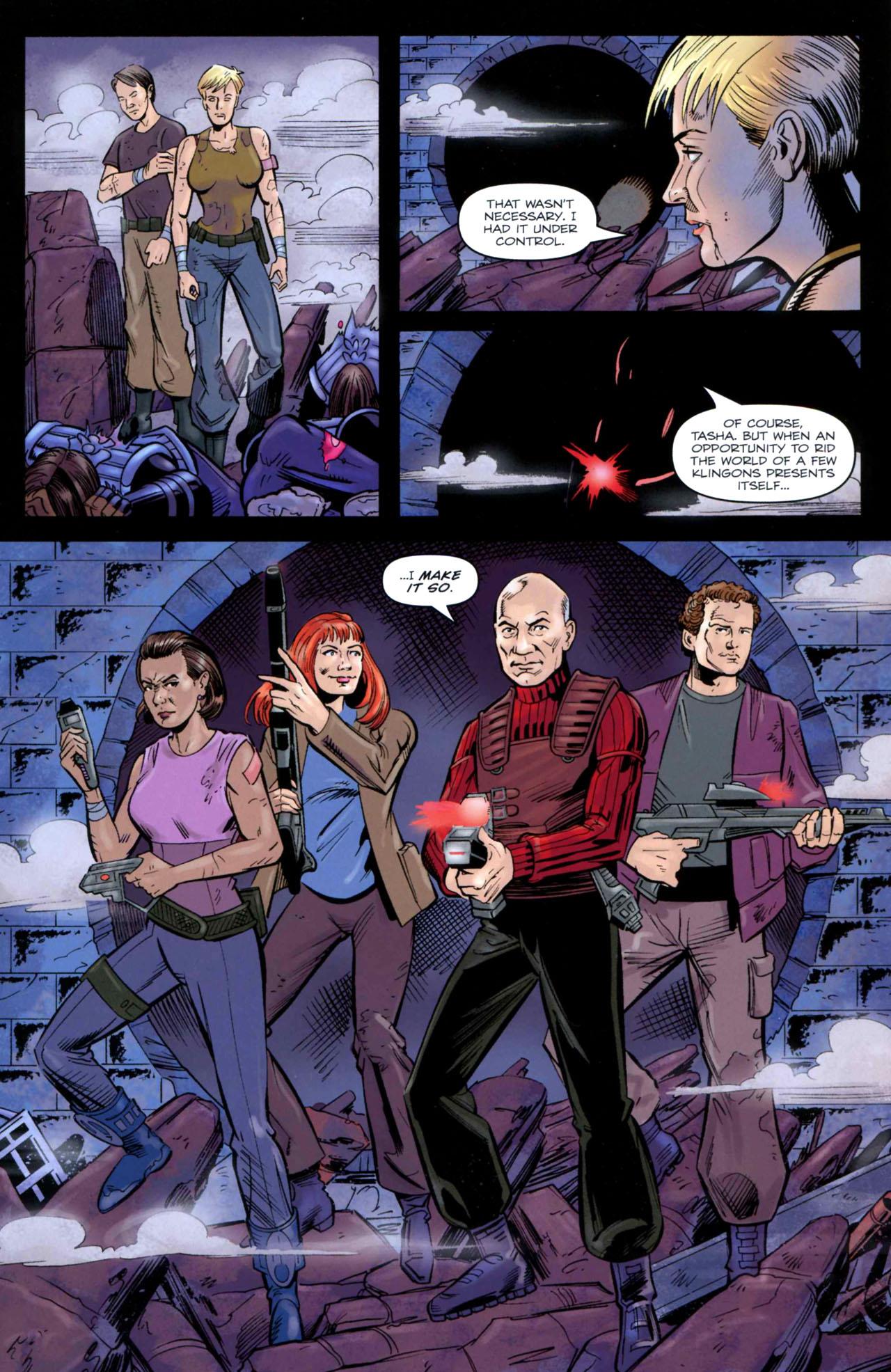 Between the original 1960s Star Trek series and the its 1980s Next Generation successor time had passed. The Federation and the Klingon Empire were no longer at loggerheads and a Klingon officer, Worf, now served aboard the Enterprise. The circumstances leading to this were revealed in the movie Star Trek: The Undiscovered Country. The Last Generation takes moments from the film as its starting point, time diverging because peace was never settled, and from there the situation escalated into open warfare. In fact, into the Klingons conquering Earth.

Jean-Luc Picard now leads a resistance cell featuring several known faces, while others who in the established timeline would be aboard the Enterprise undertake different missions. Geordi and Ryker, for instance, have just met Data. Elsewhere there’s a myth known as the Silver Ghost, a starship piloted by Commander Sulu waging a one-craft guerilla war against the Klingons. There are also cameos. “Please state the nature of the medical emergency”, demands Voyager’s holo-doctor. “I am not human”, responds Data, only to be told “I’m sorry, but there’s no cure for that.” Cleverly, this has later resonance.

The surprises in Andrew Stephen Harris’ plot are almost exclusively in the manner of his slotting in so many familiar characters. It’s to be presumed that this will be no-one’s introduction to Star Trek, but if so, Worf’s son Alexander is sympathetically inserted with a knowing wink, but those unfamiliar with Guinan may be puzzled. He does provide a decent role for Wesley Crusher, not everyone’s favourite Star Trek character, and the concluding chapter offers an interesting alternative, but by and large this lacks the scale you’d hope for.

An equal portion of the blame can be attributed to the art. Gordon Purcell has been a mainstay of Star Trek comics for so long it’s tempting to suggest that no-one else has drawn as many. In the opening section, though, he’s a fair distance from top form, with some very basic character likenesses and static figures. As the book progresses it’s revealed that much is down to the initial inking of Bob Almond, as Purcell’s pencils look much better when he or Terry Pallot inks them.

This is collected along with three other of IDW’s graphic novels in The Next Generation Omnibus.