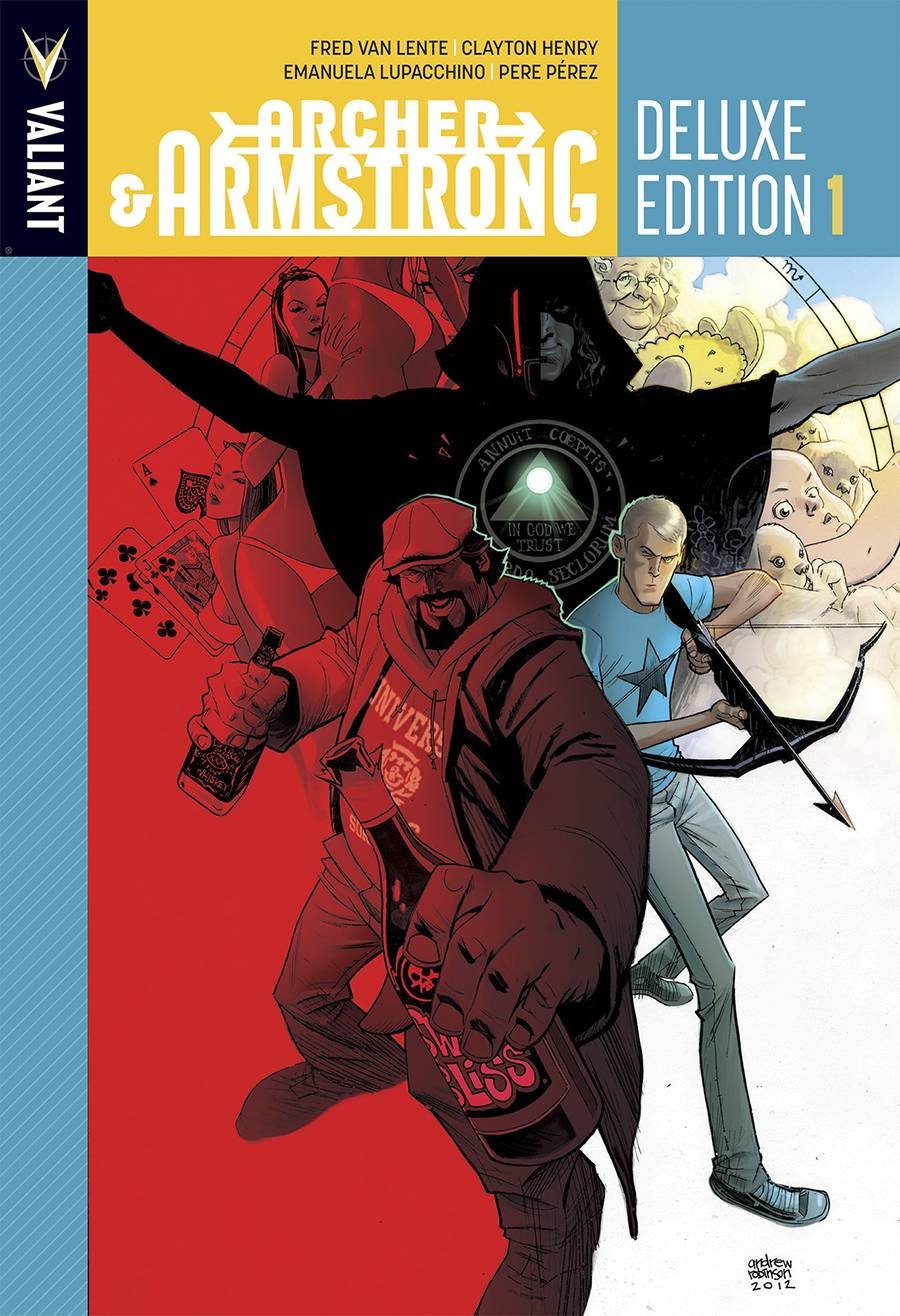 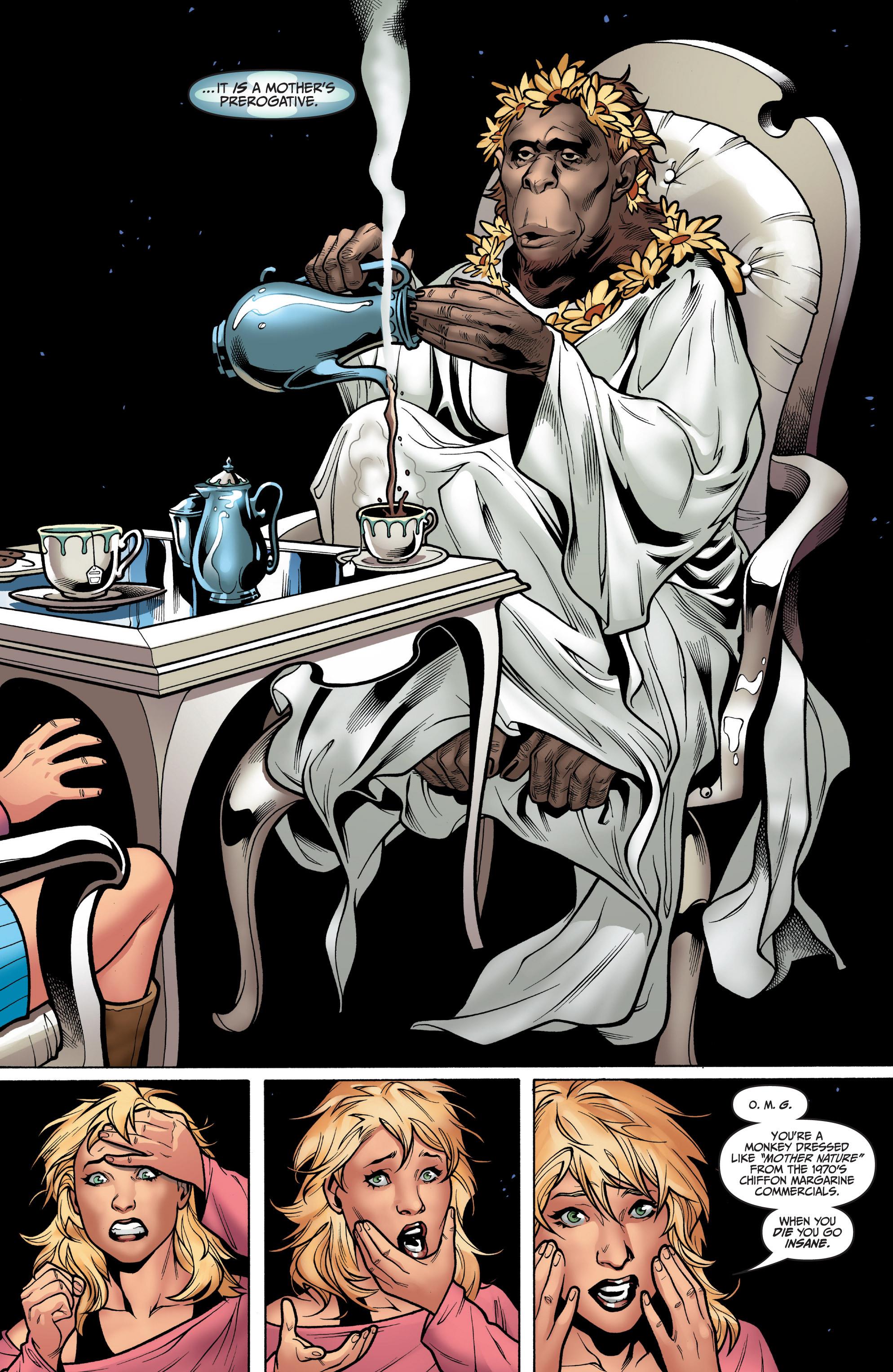 As is the case for all other titles Valiant issue, those who really, really love a series have the opportunity to buy three paperback volumes at a time collected in an oversize hardcover binding. So, as an alternative to softcovers of The Michelangelo Code, The Wrath of the Eternal Warrior and Far Faraway, there’s this luxury presentation. Unlike some others, under the guidance of Fred Van Lente, Archer & Armstrong has been a consistently seductive series, so it may be worth investigating in this format if you have the budget.

In the 21st century Armstrong is a bar bouncer, earning his roof, bed and prodigious tab by putting his superhuman strength to use preventing trouble. That wasn’t always the case. As revealed during the work collected here, over two millennia previously he was one of three royal brothers who came across a device that could re-set time. When doing so they became immortal, and each has a different outlook on life. Gilad, the Eternal Warrior, revels in battle as he protects the spirit of the planet, while the analytical Ivar, who had his own series as Timewalker, dots about time fixing errors. Archer is different. He’s been trained from birth, and a power set he’s unaware of enables him to master all martial arts very rapidly. Unfortunately this is in the service of an extreme Christian organisation who send him into the world to deal with who he’s been told is the antichrist. We know him as Armstrong. Initial misunderstandings are rectified with “I deeply regret my earlier homicidal overtures”, and the mismatched pair set about dealing with their true enemies.

As the series progresses, Van Lente sets up a complex web of organisations loosely allied with the church run by Archer’s adoptive parents, each with a world changing agenda of some kind. Van Lente mixes ancient myths with conspiracy theories and modern day worship of mammon to provide an exceptionally loathesome selection of foes for Archer and Armstrong once united. This is a re-booted franchise, and Van Lente pulls the relationship of the politely naive Archer and the roustabout Armstrong from the 1990s series in which they were introduced, but his version of it consistently sparkles for an invigorating adventure continuity.

There are no problems with the art, either. Clayton Henry, Emanuela Lupacchino (sample page) and Pere Pérez all prioritise the telling of the story and clarity. All are good at visual emotion, which is a necessity for effectively conveying Archer and the conflict he goes through during the course of the three volumes gathered.

Archer & Armstrong combines humour, exotic adventure, and a buddy pairing for a consistently engaging read. There’s never a point where Van Lente isn’t a few steps ahead of reader attempts to predict his plots, and charm is key. A second Deluxe edition gathers the following three paperbacks.