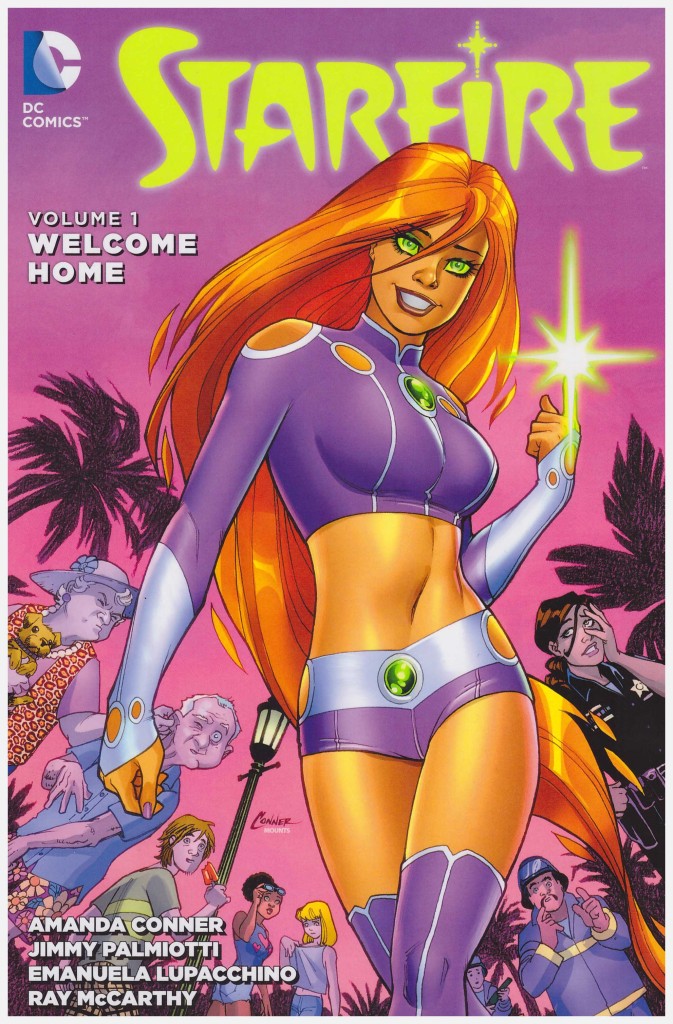 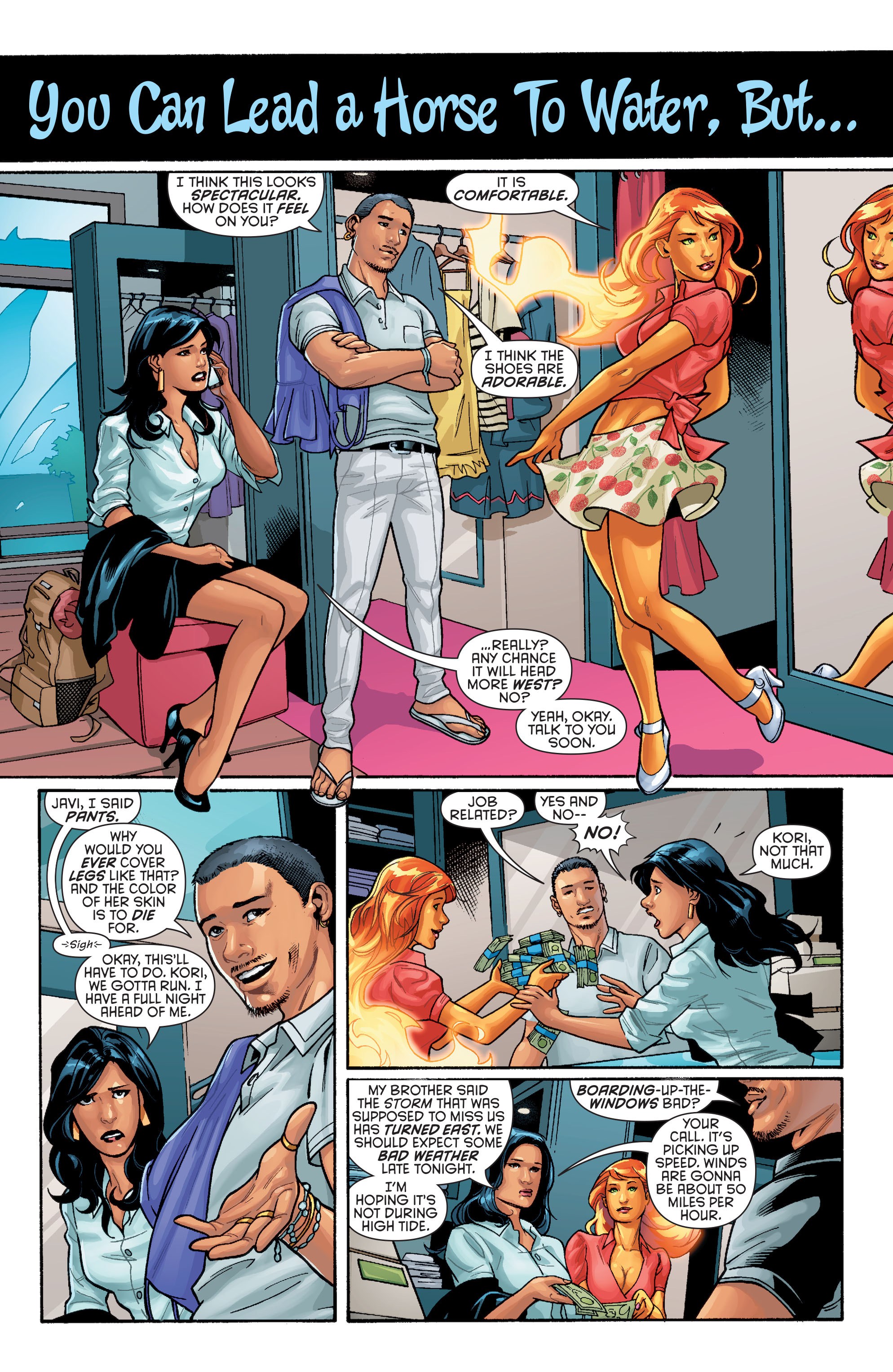 Since her introduction in the early 1980s New Teen Titans, Starfire has gradually become a more and more polarising figure as the times progressed around her. For much of the 21st century she’s pretty well been the poster girl for sexual objectification in comics, the differences in her alien society often used as tissue thin justification for male fantasy predatory sexual behaviour, and a propensity for wearing as few clothes as possible. Amanda Conner and Jimmy Palmiotti’s re-boot involves a layer of ironic commentary via the reactions of the supporting cast, yet the portrayal in total is very much having one’s cake and eating it.

The hook upon which this re-introduced version of Starfire hangs is naivety. This is still Princess Koriand’r of Tamaran, newly arrived on Earth after her planet has been over-run and her family killed or enslaved, but now unfamiliar with Earth’s customs. The ingénue’s lack of understanding results in pictogram filled word balloons of literalisms as Starfire imagines giving a hand or eating dirt. It further generates numerous scenes of a lack of inhibition about nudity, and the literalisms extending into conversation after conversation. This becomes tired by the end of the book, by which time it has no further basis in logic as it’s been established Starfire can absorb languages via kissing a fluent speaker. Are tongues optional? It’s possibly the only element we don’t discover.

That, though is focussing on the bad, and there’s a lot to like about Starfire. It’s a graphic novel about a woman with super powers, but the crime-fighting is kept to a minimum, with three villainous threats over six chapters, all of them dealt with relatively briefly. That out of the way it’s the drama of her day to day life that predominates, and if you can believe in anyone moving to Key West, barging into the local Sheriff’s office, and the Sheriff actually helping them out, then there’s the basis of a good buddy premise.

Any disappointment there may be at Conner only providing the cover to Welcome Home rapidly evaporates, as it benefits from being spectacularly well illustrated. Emauela Lupacchino provides page after page after page of beautiful panels and efficiently concise storytelling. She does buy into the cheesecake aspects of the character, and indeed every other character, but in a manner that’s notably less salacious than some previous artists, and there’s a vibrancy and naturalism to her action scenes.

Don’t dig too deep into the politics and Welcome Home is a frothy and likeable read with some excellent art. The question will be, though, can the themes be sustained with any credibility? We’ll see in A Matter of Time. 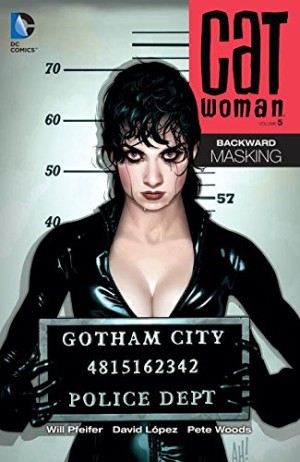