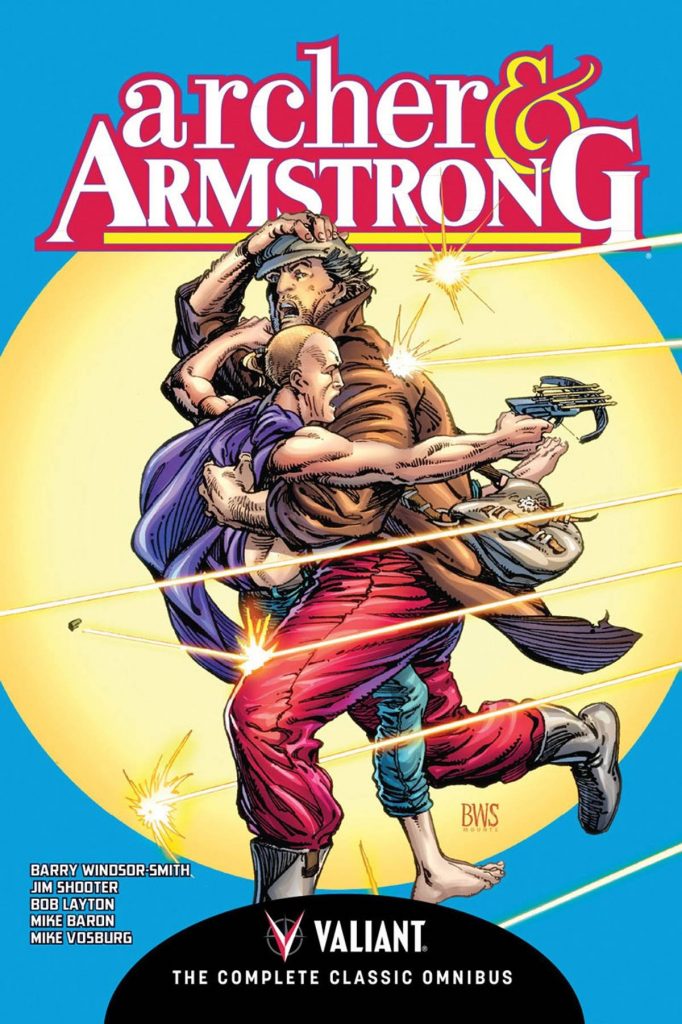 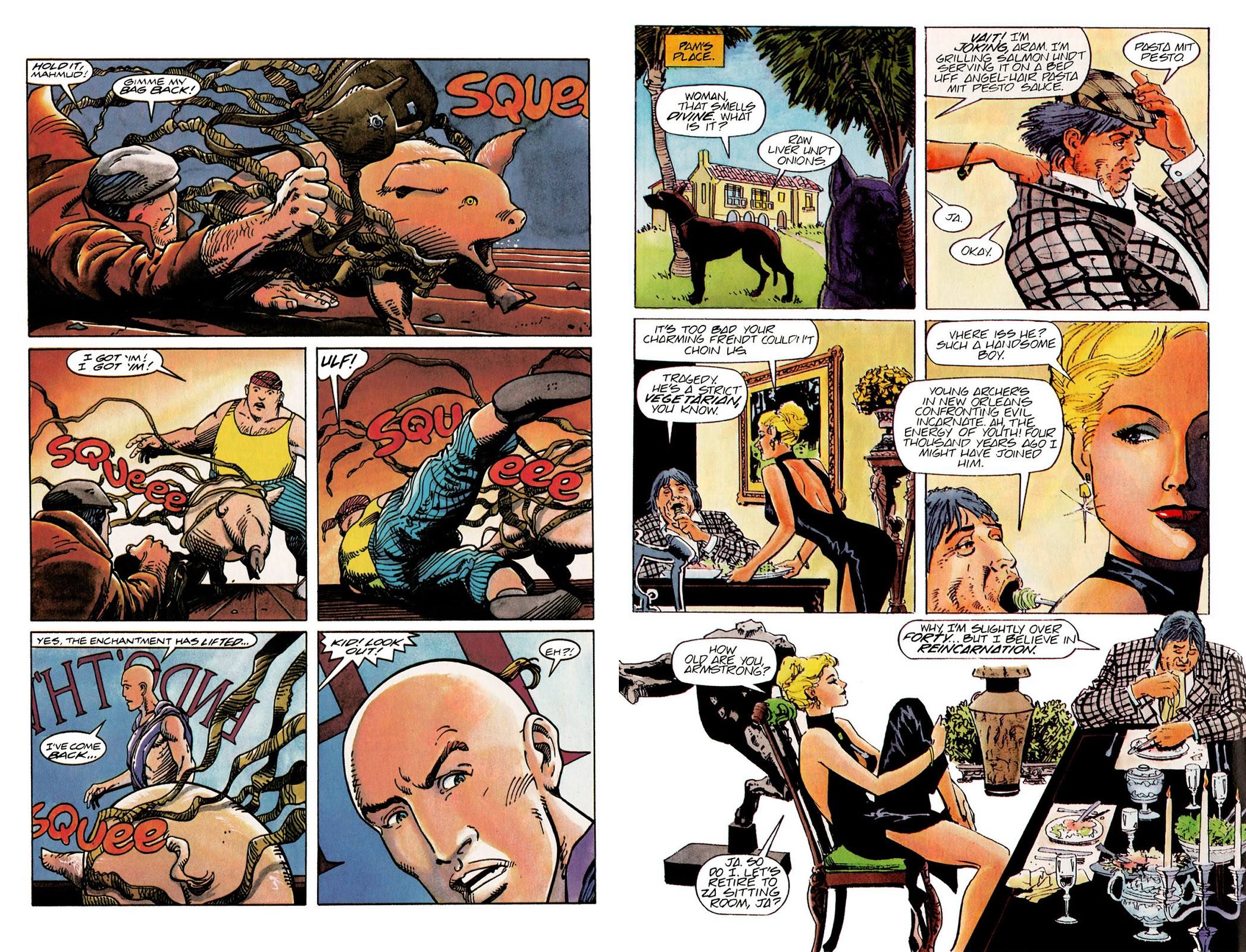 With prices of this massive collection around $200 as of writing, or roughly $7.50 per comic reprinted, Valiant might want to consider a more affordable edition. And if they do, they might want to sort out the muddy reproduction of the later content, which falls well below what might be expected for that money.

Archer and Armstrong were a surprise hit in the 1990s, uniting a naive teenage martial artist who’d spent most of his life in a Tibetan monastery with an immortal roustabout whose only real pleasure in life came from a wine bottle. Most excitement is generated by Armstrong being a target for a group called the Sect, who’ve passed their hatred down the generations and centuries. He’d prefer a quieter life, but is constantly threatened. Jim Shooter and Sal Velluto’s brief story explains why.

He began by collaborating with other writers, but the surprise back in the 1990s was that Barry Windsor-Smith had such a channel back to the British comedy of his youth. He’d always dealt in whimsy as a sideline, but the best of these stories are out and out riotously funny, a standout being a retelling of The Three Musketeers replacing the main cast with Archer and his brothers. It’s poignant, farcical and beautifully drawn, and typifies the opportunities the strip provided. There are enemies and there are fights, but for the most part Archer and Armstrong just stumble into trouble when they’re on their way to pick up some fish and chips.

It’s for Windsor-Smith that Archer & Armstrong is remembered so fondly, but the team of Mike Baron and Mike Vosburg actually produced as many stories. Following Windsor-Smith they were on rather a hiding to nothing, but re-reading proves they’re unjustly forgotten. Baron picks up the series immediately, working with a few other pencillers before Vosburg comes aboard. They don’t have exactly the same sense of humour, but these are still knockabout comedies with ridiculous situations credibly delivered. With the best will in the world Vosburg isn’t Windsor-Smith, but is far better suited to more naturalistic material than he was to superheroes earlier in his career, and it’s his misfortune to follow the work of a comics great. When Baron attempts to integrate the pair with Valiant characters other than Armstrong’s brother Eternal Warrior the quality takes a dip as it moves them away from their own comedy enclosure, but that doesn’t happen often.

It’s difficult to recommend even a 700 page hardcover at $200 +, but don’t be put off by the thought that it’s not all Windsor-Smith art. If you’re not convinced, and the Windsor-Smith period is all you want, there’s a hardcover collection titled First Impressions, but it’s only half of his contribution and features two chapters making little sense divorced from a crossover.