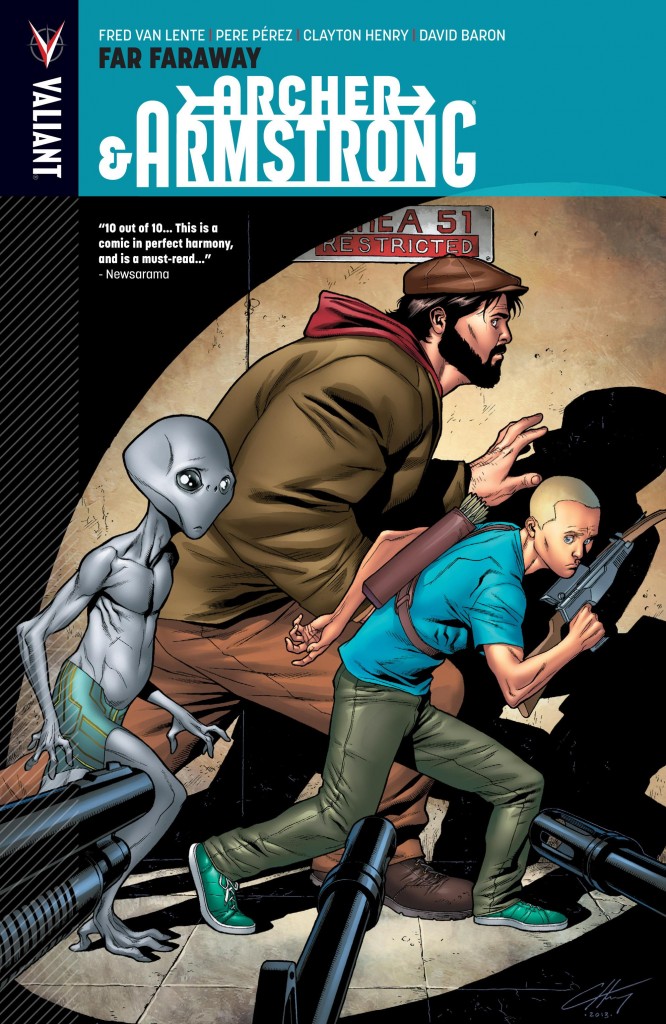 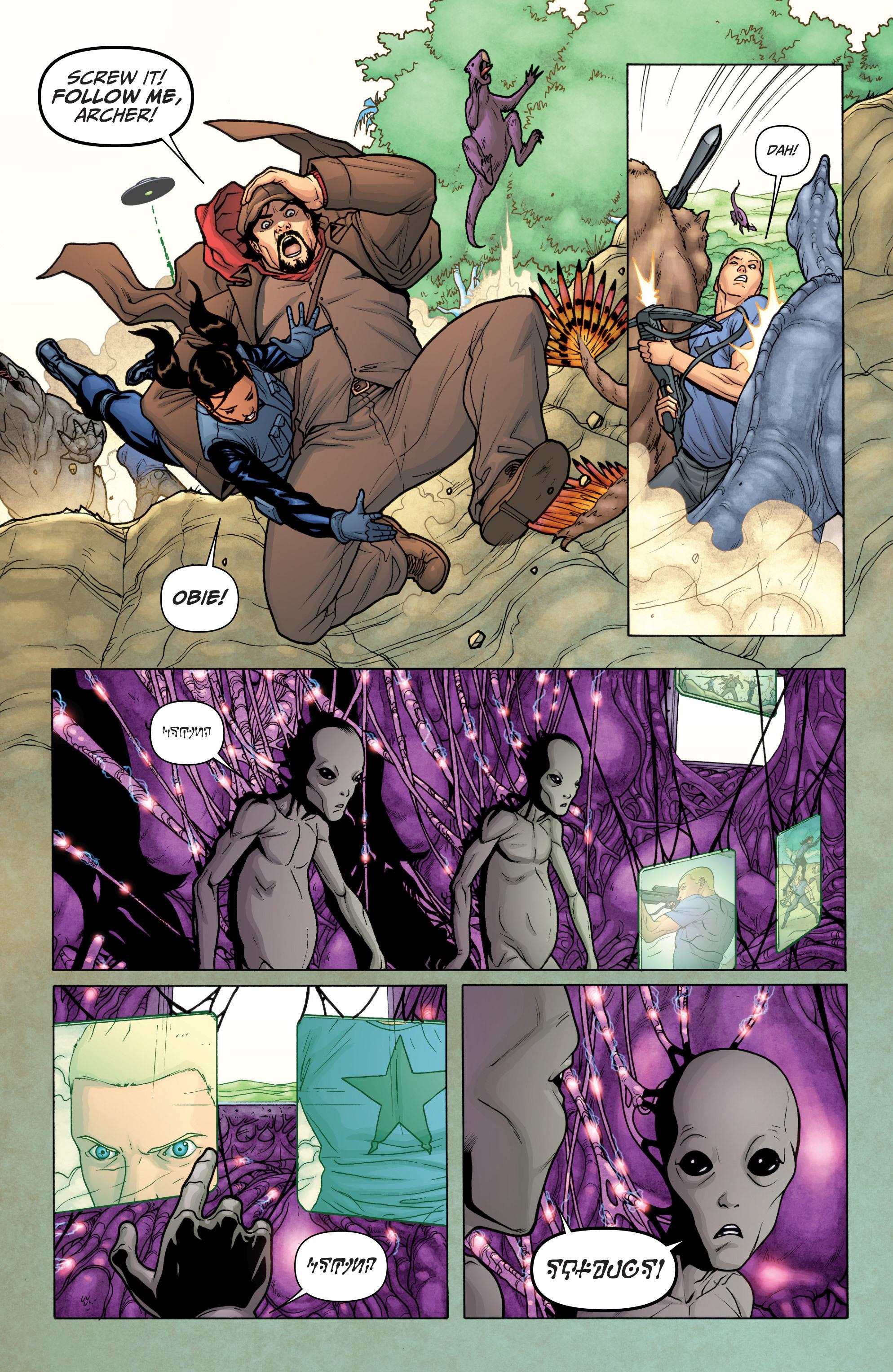 One of the narrative joys of dealing with an immortal, as we are with Armstrong, is the story possibilities this opens up, and Fred Van Lente stakes an ambitious claim in the opening chapter by narrating Armstrong’s participation in the Babylonian epic of Gilgamesh. This begins by separating exploits credited to Gilgamesh alone among Armstrong and his two brothers, whom we’ve already seen during the course of The Michelangelo Code and The Wrath of the Eternal Warrior. It’s clever, and it ties into the backstory of the strip to date.

The remainder of the book journeys deep into Nevada’s Area 51, long believed by some to have connections with alien sightings, and where Archer has been led to believe he may have a destiny. So, how bad can any story involving aliens, dinosaurs, mysterious weapons and a power crazy paranoid patriot be? You’d have to be some numpty to make a mess of that menu, and Van Lente’s no numpty. The patriot’s a military man based on General Douglas MacArthur, and Van Lente makes the most of his extraordinary personality for both some forceful and hilarious moments – “You should not fear their anal probing as I first did… I ask them to probe me three or four times a day now.” He, though, isn’t the most interesting cast member (beyond the title characters of course), which is Mary-Maria, Archer’s adopted sister who’s changed somewhat since last seen.

Clayton Henry illustrated the first book in the series, and here returns for the first chapter, but it’s Pere Pérez who continues the series tradition to date of accomplished and versatile artists capable of producing credible pages from anything Van Lente throws at them. He adds more characters, a few of whom have been trapped in time, sets some against each other, makes the space for a philosophical debate between Archer and his followers (you’ll see) and explains some elements of the inexplicable, and that should be enough enjoyment for any graphic novel.

There is, however, a price to be paid, and that leads into Sect Civil War. This collection is gathered with the two previous volumes in oversized hardcover as the first Archer & Armstrong Deluxe Edition.