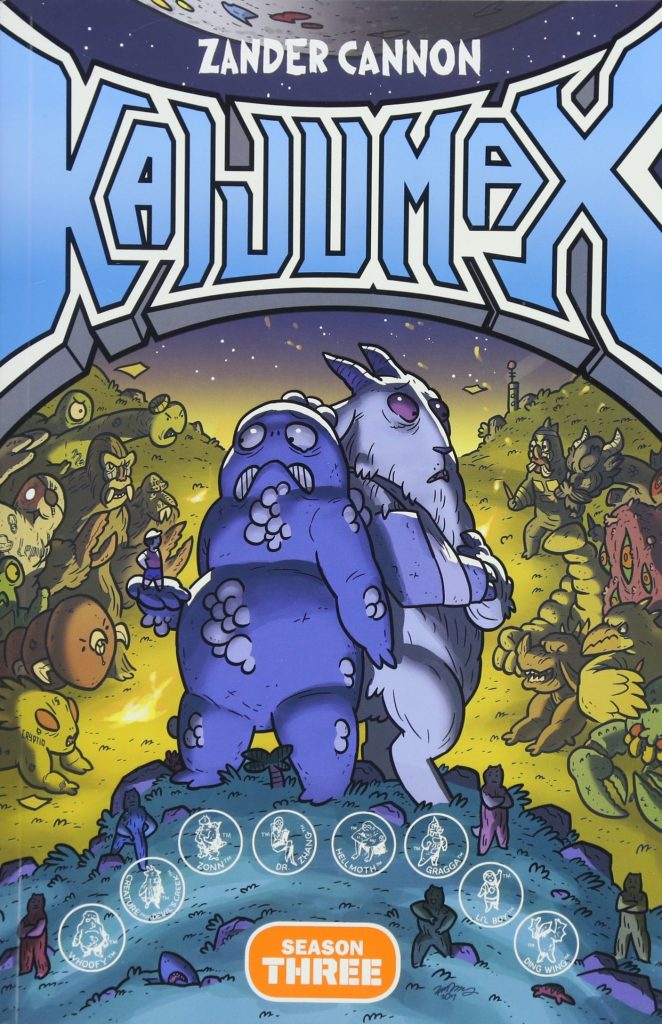 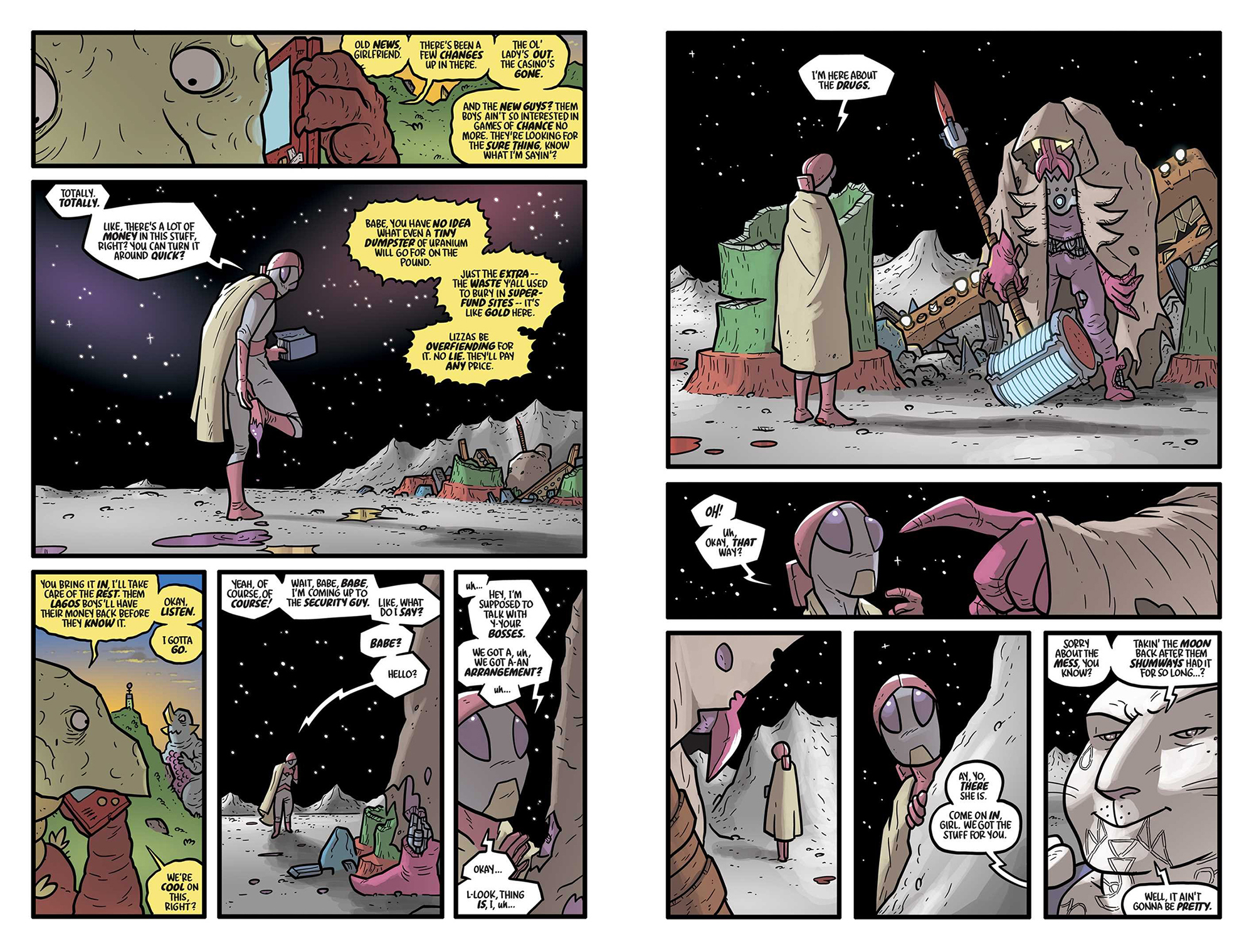 If Kaijumax had only been two volumes long, the downbeat ending of The Seamy Underbelly would have been a good place to leave it, with some major character storylines resolved amid the smoking ruins of a monster battleground. There was a huge amount left unexplored, however, and this third collection of Zander Cannon’s giant creature prison drama continues directly on, with the spotlight falling upon the Creature from Devil’s Creek. As a member of the near-mythical cryptid class of beings who have roots in the supernatural, the revelation of his name and origins are an ‘aha’ moment for readers who know anything about the Occult. It also hints at an intriguing potential reversal of fortunes for Daniel, should he find the resolve to use what he had formerly refused to acknowledge. Meanwhile, Dr Zhang finds herself under the spell of brutish fixer Zonn, who exploits her infatuation to turn her into a drug mule, ferrying uranium from the Moon to supply the lucrative trade in illegal highs that has enmeshed guards and inmates alike. But the alliances that enable this corrupt sideline are straining at the seams. All the prison gangs want to control it, and with warden Kang occupied elsewhere, what can prevent a total all-out gang war as species hatred hypes the inmates up into a frenzy?

King of the Monstas does a great job of continually pulling the rug out from under each character in this series, leaving the reader off-balance and never allowing us to relax for long. Nobody is safe from becoming enmeshed in blackmail or some other kind of exploitation because if they have a secret or a weakness that can be uncovered, someone will find it. It makes for a breathless, roller-coaster read as the reversals and upsets just keep coming. Everyone is a target. Who’s next? 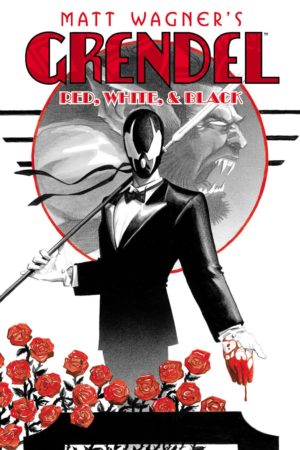 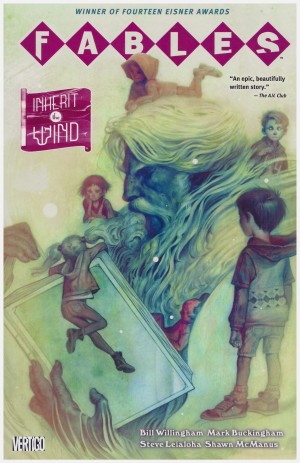