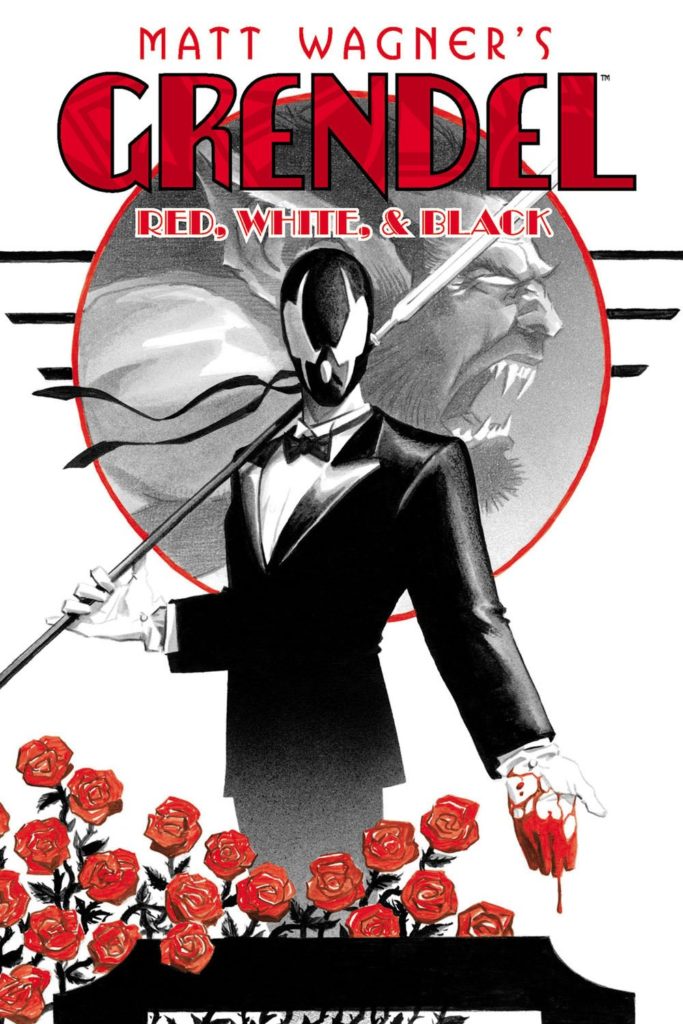 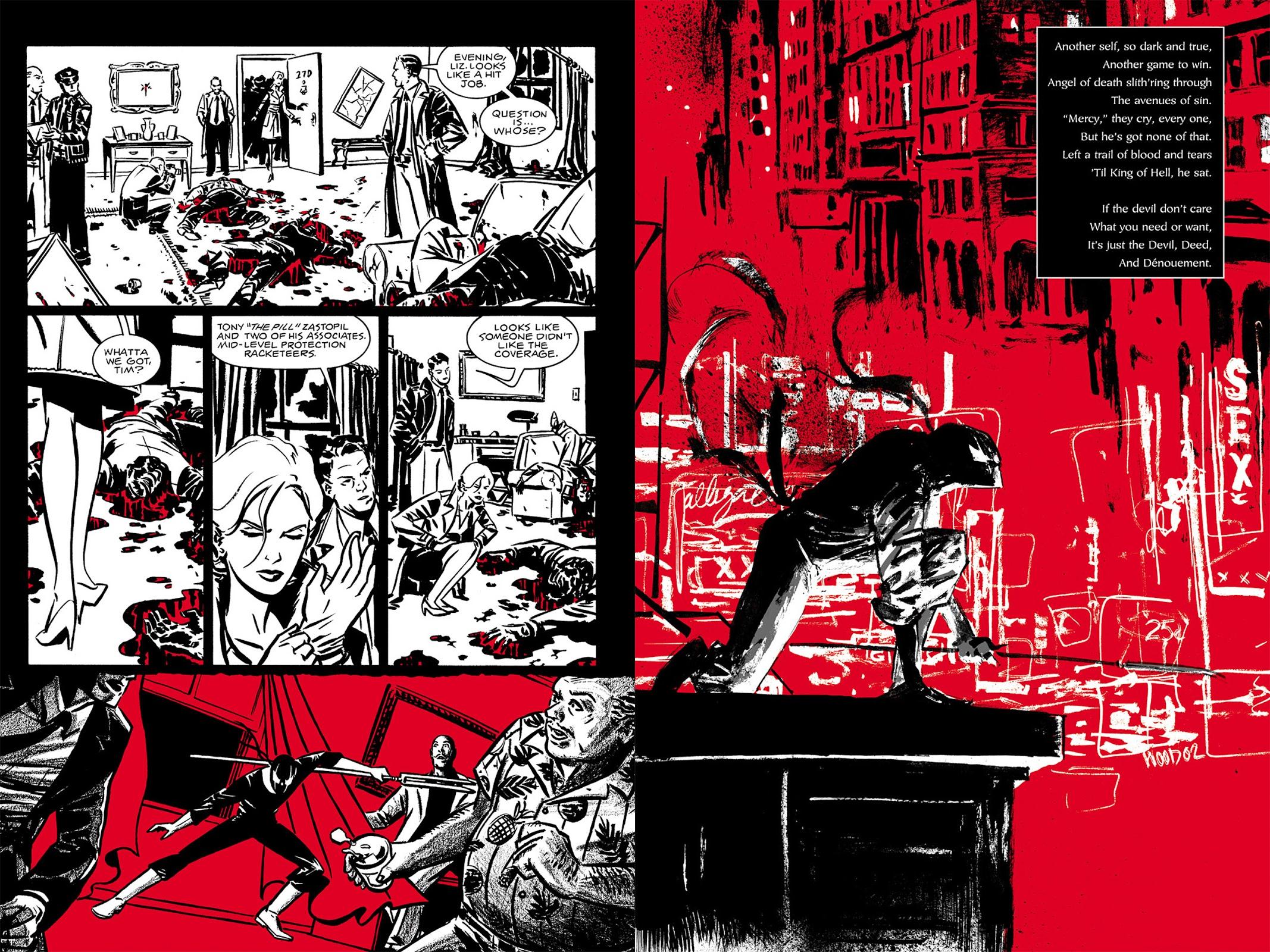 With Grendel: Black, White & Red being a well received creative success, a sequel was a no-brainer, and there’s no altering a winning formula. We have twenty short stories about the Hunter Rose version of Grendel, illustrated by twenty different artists, each of them illuminating some aspect of Rose’s life or wider world. The first selection was excellent, but collectively these stories are even better, Wagner on virtuoso form as he ducks and dives around his themes. It’s an even broader approach than previously, Wagner extending both form and techniques, one story a selection of haikus illustrated by Andi Watson, another being seven brief prose recollections accompanied by Phil Noto’s portraits, each using a distinct voice. Wagner’s very good at that. His dialogue differentiates between a frightened gangster (“Are you gonna shoot the fucking envelope? Put that goddamn thing away”), a doctor (“Finally a bookie suggested a more lasting solution to my chronic gambling debts”), and the fantasies of a disturbed mind (“Between them stood a li’l angel naive and pure”).

That’s beautifully drawn by Jill Thompson in storybook mode. All the art is good. Not every style will be to all tastes, but none of it fails at what’s intended, another aspect making this slightly better than Black, White & Red. Thompson, Stan Sakai and Mike Huddleston have wildly divergent styles, yet Wagner tailors his story neatly to their strengths, and each delivers. Overall, however, the selection of art is slightly less individual this time. The sample spread combines Cliff Chiang’s economy with Ashley Wood’s tortured fine art.

Wagner dances around known scenarios, adding a final conversation preceding Barry Palumbo’s death, a reworking of the battle with Argent that followed Stacy Palumbo’s rescue, this starkly drawn by Michael Avon Oeming, and Grendel’s own death as defined by Michael Zulli. As always, Wagner works “devil” into every title, most of which appear on the first page of any given story setting the anticipation. ‘Devil’s Dash’ accompanies Tom Fowler’s fine illustration of a 427 pound congressman. We can immediately see he won’t be dashing anywhere. The devil title also reinforces Hunter Rose for what he is. In both Grendel Archives and Devil by the Deed there’s not exactly an ambiguity about him, but while he’s a killer, we can’t have much sympathy for his victims either, and there was considerable distancing. There’s no concealing the truth of his sociopathic nature in these stories, as it’s not just those some might consider deserving cases served as victims. Some are, with a few stories about Grendel’s days as the Ciccone mob assassin, and more than once Wagner highlights the mopping up after Grendel’s work, from different perspectives.

Anyone captivated by Grendel in any incarnation will surely appreciate Red, White & Black. If preferred, it’s now been sucked into the larger packaging of Grendel Omnibus Vol. 1: The Hunter Rose Years.