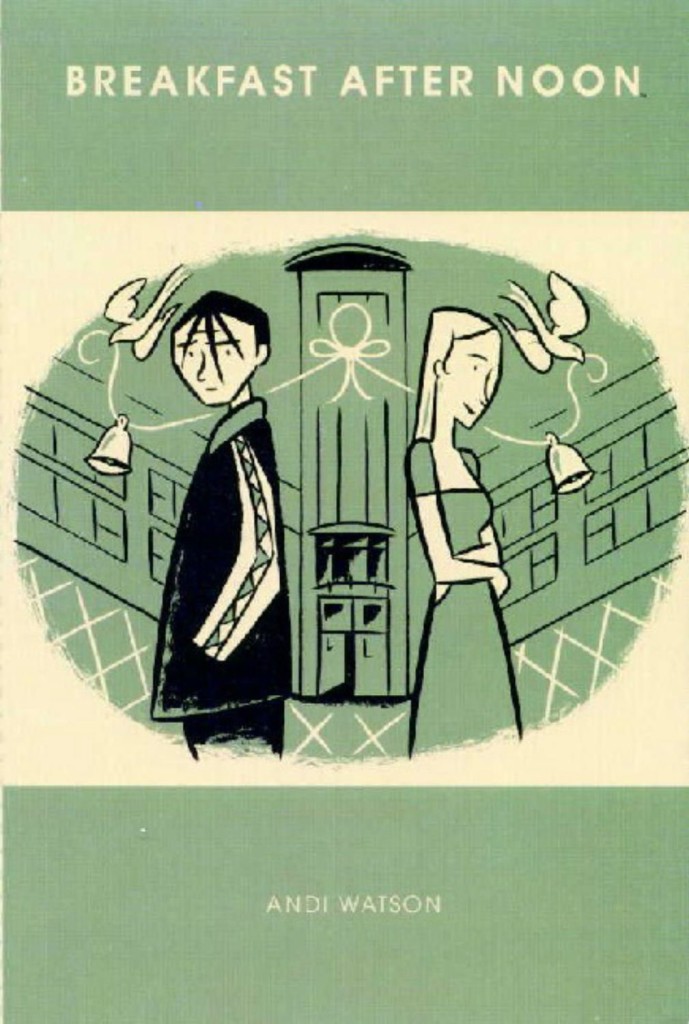 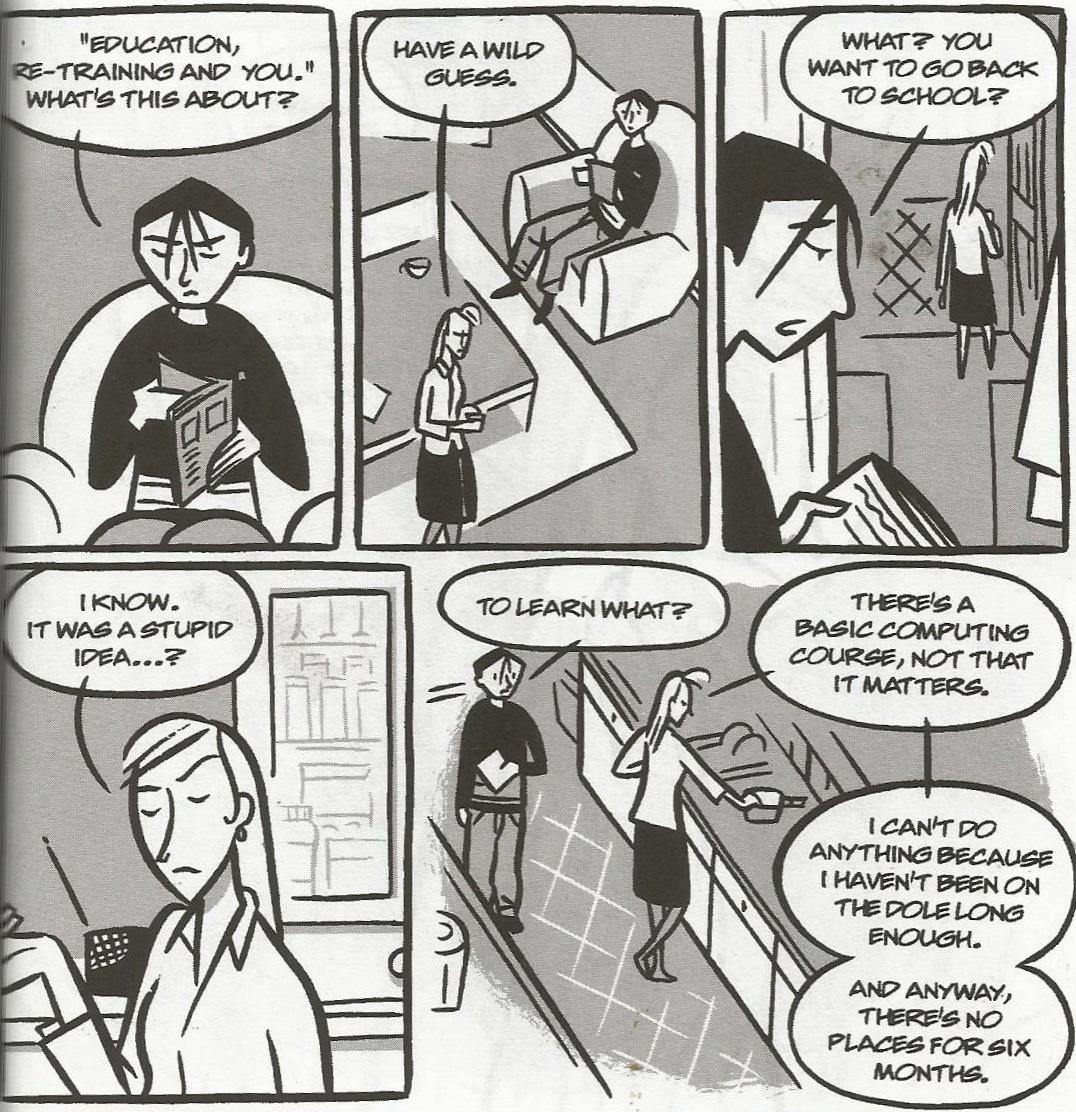 When Windsor Potteries, a small manufacturing company in the Midlands of the UK, faces its last days, most of its employees are made redundant. Two of those employees, engaged couple Rob Grafton and Louise Bright,are forced by their changed circumstances to rethink the planned direction of their lives, with consequences that bring their relationship to a crisis point. Artist/writer Andi Watson focuses on the minutiae of everyday life with this simple but resonant story.

He’s admirably frank about bringing out the worst aspects of our nominal ‘heroes’; Rob’s an egocentric, self-deluding wastrel, Louise is a short-tempered, haranguing snob, and neither of them like their supposed best friends much! Despite this, Watson still manages to invest them with enough appeal that you can understand their mutual attraction (basically, the rocks in his head fit the holes in hers, and vice versa), and the reader comes to care about the outcome of their story.

And what Watson can do, with a few deceptively simple pen strokes, to suggest subtle and complex emotional states, has to be seen to be believed. An unprepossessing subject, it’s nevertheless sadly all too relatable in today’s Britain, even more so than at the time of its release. And despite the initially off-putting protagonists, the tale is presented with clarity, empathy and warmth.

Extras include four pages of sketches, character designs, and the original drawing for the series’ first intended incarnation in a local newspaper office – a setting Watson revisited in his later work, Slow News Day. Also thoughtfully  included is a glossary of slang terms for non-English readers!