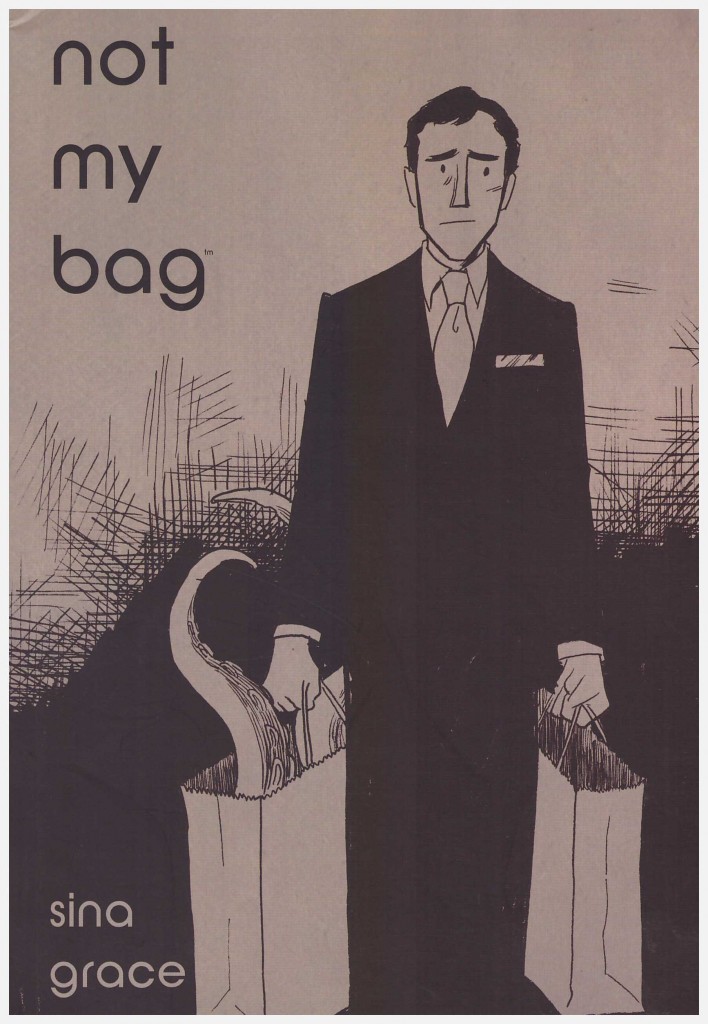 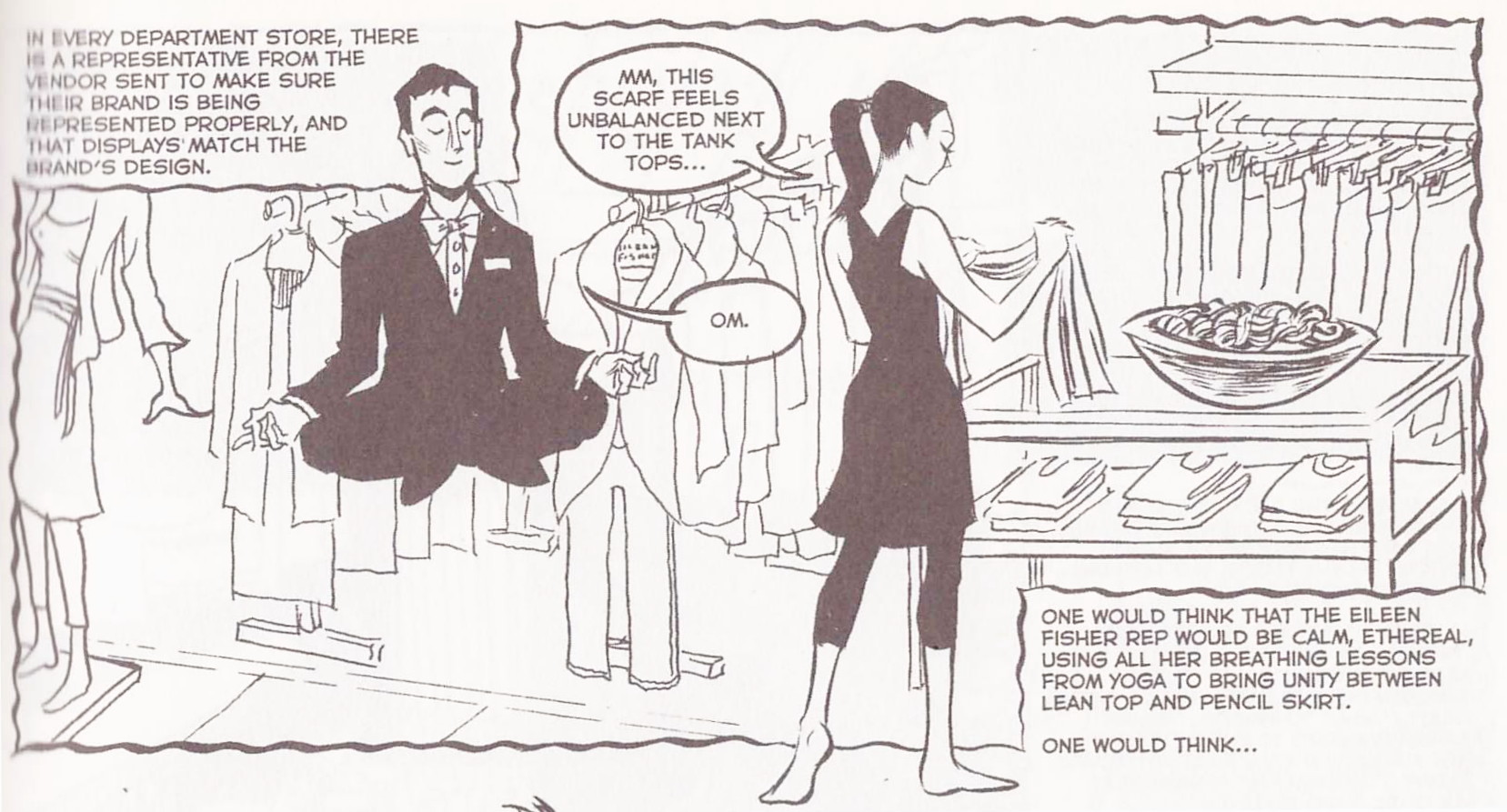 Sina Grace’s detailing of retail hell will strike a chord with anyone who’s worked in large stores or fast food environments. The retail personae non-gratae are all present in Not My Bag. There’s the manipulative boss motivating the staff by dangling promotions, false promises and setting them against each other; the career retail stooge who plays the game and views all other employees as competition; the HR goon, charming on employment but indifferent thereafter; the demanding product reps with their inflated sense of self-importance, and the irritating customers.

It’s never explicitly stated that Not My Bag is autobiographical, but frequent references to producing comics and a break required for the San Diego comic convention indicate that if it isn’t, then it’s skating very close. A first person narrative and the lead character never being named add to the impression, although there are fantasy elements.

Only taking the employment to pay for car repairs, our artist throws himself into his role of promoting the racks of Eileen Fisher designs in the store. They’re described as a “brand that emphasises the luxury of you”, this irony-free babble not Grace’s work, but certainly successful in attracting the wear it once and return it brand of customer. The cut-throat world of women’s fashion retail will be eye-opening to those unfamiliar, with villains to equal any superhero monstrosities.

The artist can relax within a stable relationship, and values the chance to improve his own wardrobe at discount, but the mind games eventually take their toll.

Grace’s simple style of cartooning is expressively excellent, delivering the parade of horrors he encounters in gruesome detail, and capturing personality in assorted ways. If autobiographical, he’s equally unsparing on himself, as the man who endures appalling conditions, amounting to psychological torture, for the opportunity to buy Alexander McQueen suits at below retail.

The negative aspect of Not My Bag is that unless the reader completely buys into the character presented, the density of personal detail drags matters down and has a repetitious quality. This doesn’t outweigh the good, but it delivers dry areas.