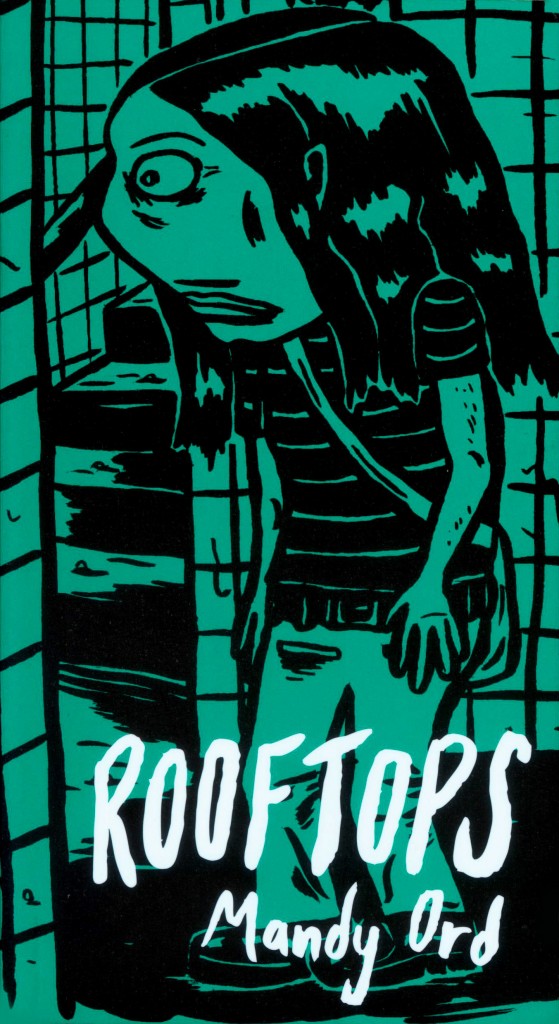 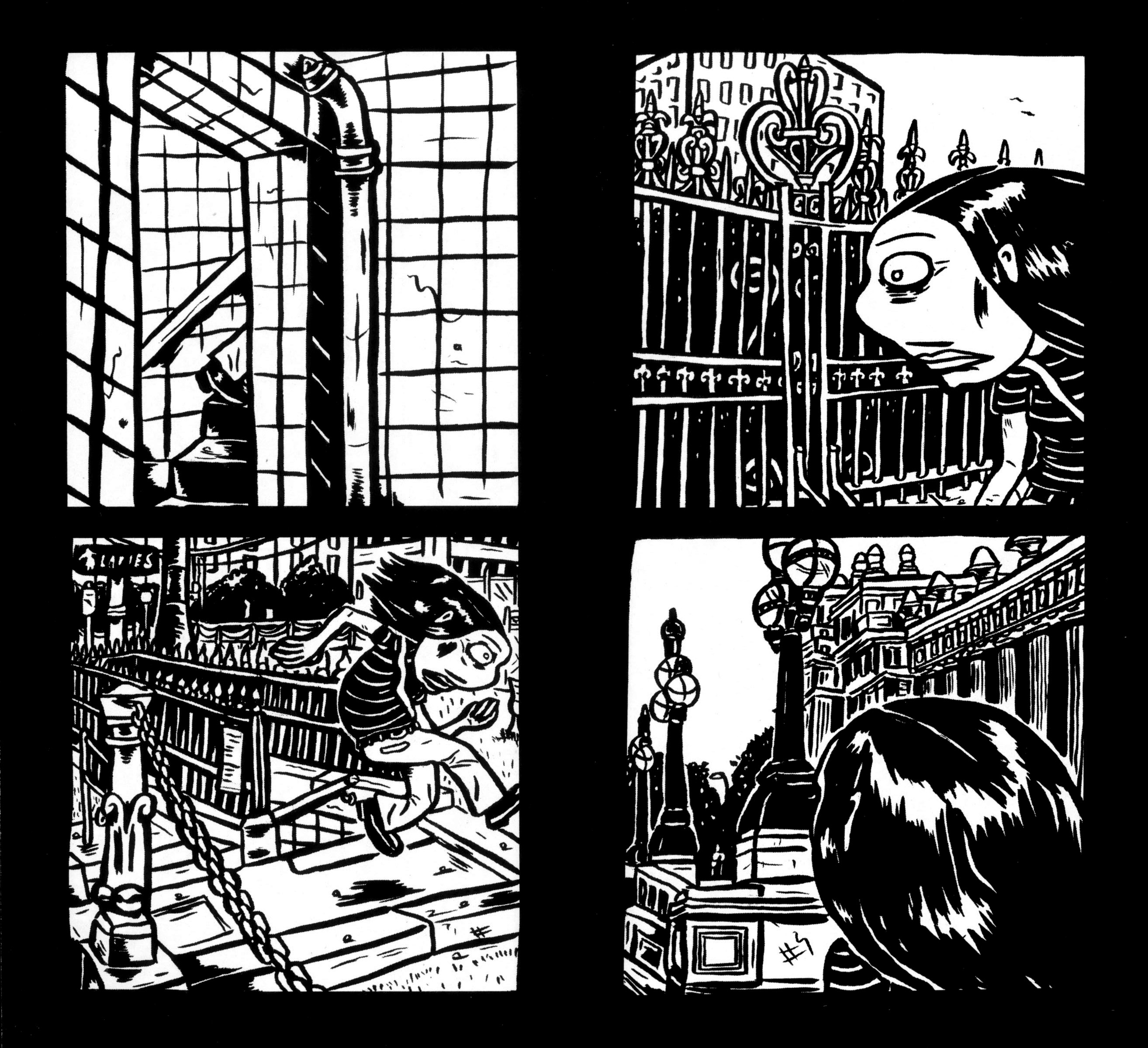 A prolific mini comic artist and fixture on the Melbourne comics scene, Mandy Ord’s Rooftops marks her first foray into graphic novels, a luxury and challenge for someone who has distilled her graphic memoirs into far tighter narratives for over 10 years.

At the start of a lively night in downtown Melbourne, Ord is rushing to meet friends for a screening of Ghostbusters at the Rooftop Cinema, when nature calls. After being waylaid by urban inconveniences – real and imaginary – Ord arrives just in time to admire a unique birds-eye view of the city, before watching a film that still stirs her overactive imagination. In the book’s more contemplative second half, Ghostbusters and its star Bill Murray prompt an existential meditation on coincidence that attempts to the connect the dots between Somerset Maugham’s The Razor’s Edge, the Russian mystic George Gurdjieff’s Meetings with Remarkable Men and Ord’s own spiritual musings.

Ord’s observations and encounters may initially seem too slight and unstructured to warrant the scope afforded by the graphic novel format, and her naturalistic dialogue sometimes feels forced and ill at ease with the book’s more nuanced ambitions. This is always a risk with the slice-of-life genre, where the commonplace can quickly become tedious. But that would be taking the book too literally. Rooftops’ strength resides in what is gleaned rather than revealed, and values the poetic as much as the dramatic impulse. The book is at once a vividly crafted ode to the author’s adopted city and an engaging exploration of her cyclopean comic self’s passions and insecurities.

Ord is especially adept at capturing twilight, inner-city Melbourne from several vantages – street level, below ground and aerial perspectives, and through half-glimpsed, off-kilter compositions. This, allied to her bold brushwork and lush application of ink, creates a seductive yet uneasy surface tension, an effect enhanced by placing some panels on black backgrounds, such that some scenes seem to loom out of the darkness.

While the book occasionally feels like intriguing ideas and loosely linked incidents in search of a compelling storyline, that it holds together as well as it does is all the more remarkable given Ord’s unconventional creative process. Rooftops is comprised of panels drawn at printed size on individual pieces of paper that were numbered and stuck to a wall to ensure narrative continuity, before being sequentially arranged two panels per page for publication. It makes for a quick read, but one that invites a second look.

In Rooftops, Mandy Ord teases out the familiar from the personal, encouraging readers to closely identify with her flighty, fretful doppelganger’s experiences. Ord’s work conflates memory with reverie and reality with re-creation to establish an immediacy and authenticity rare in comics. As such she remains one of Australia’s most distinctive voices.