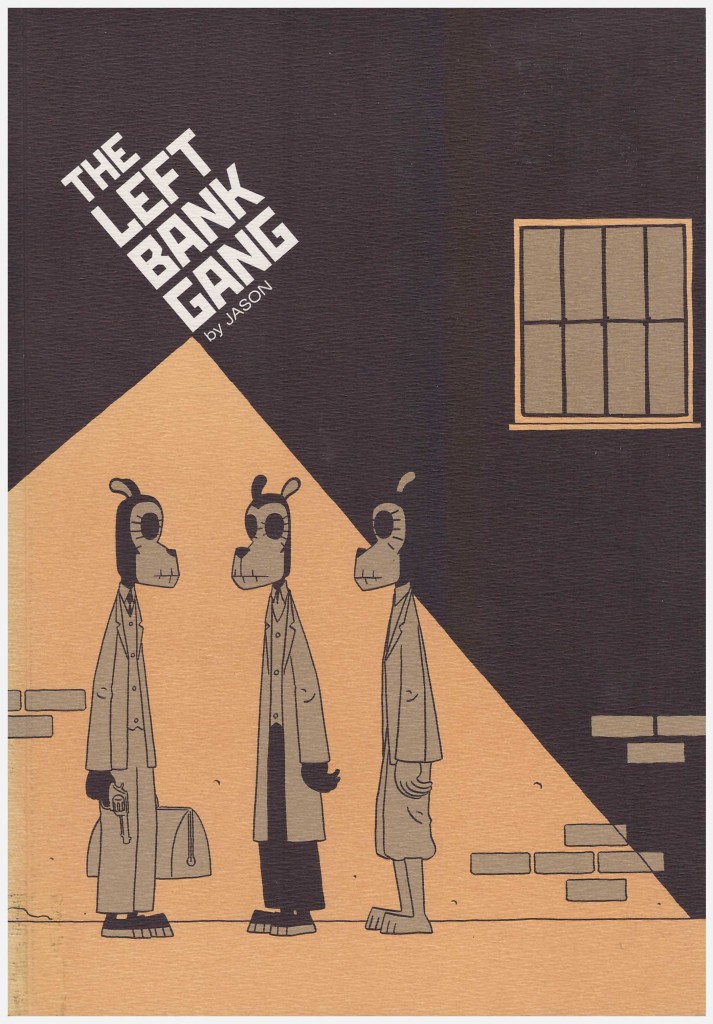 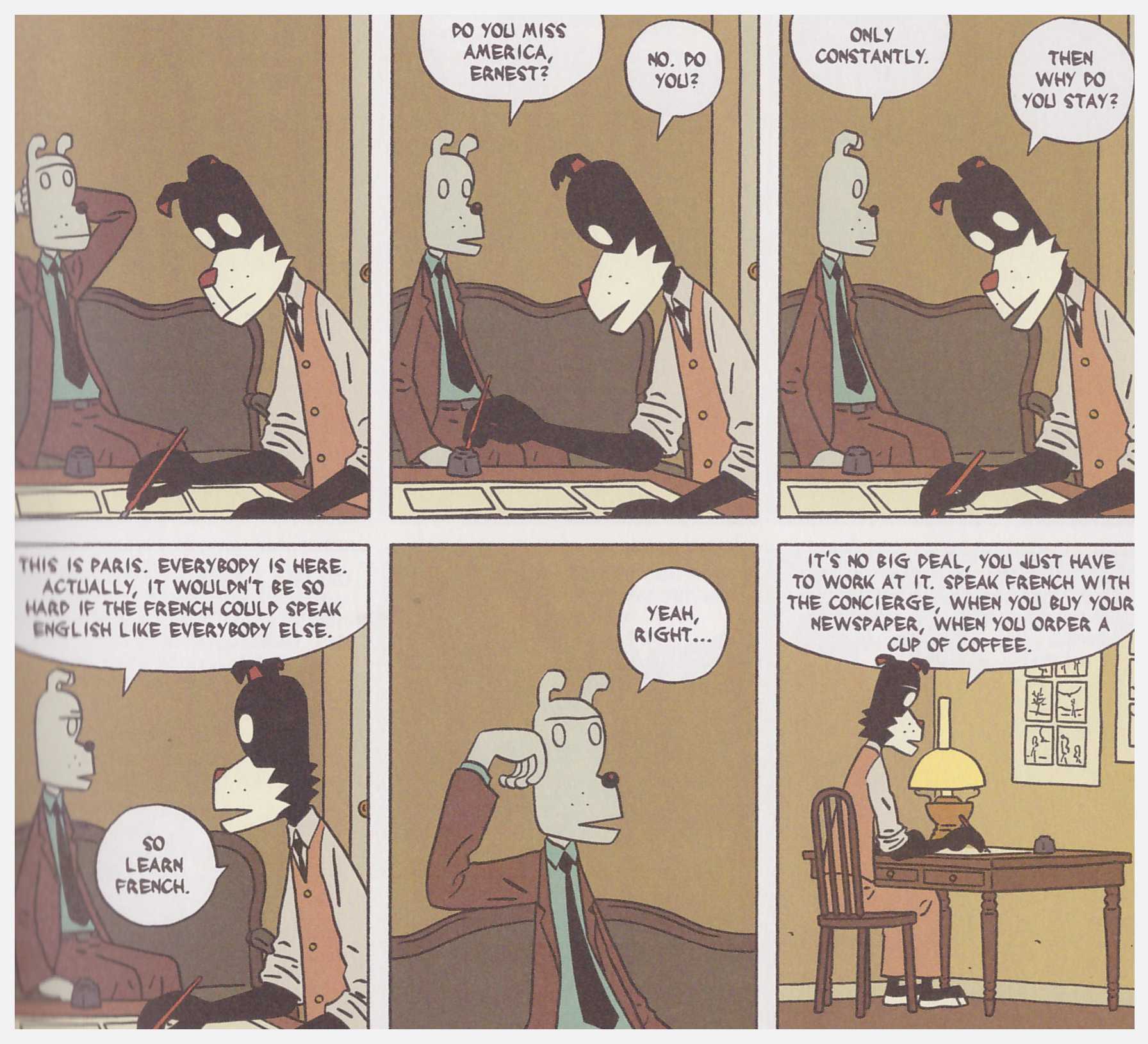 Norwegian creator Jason here re-casts Paris’ ex-pat literati community of the early 1920s as a bunch of struggling comic artists. They pass their days bemoaning their lack of success, jealously looking up to Gertrude Stein, and attempting to advise F. Scott Fitzgerald on his problems with Zelda. She’s sick of the entire scene and finds solace in the company of Jean-Paul Sartre. They’re all perpetually broke, until the gung-ho Ernest Hemingway conceives a method of solving that problem.

Having spotlighted one group of literary heavyweights, Jason then borrows a trick from a later generation to use the Ran or Chronicles of a Death Foretold method of portraying the concluding action from the successive viewpoints of each character involved. These moments are layered, each adding to the complete understanding.

Pulling off the bathos of reality conflicting with later reputation is a trick Jason manages well, despite everyone being drawn in his characteristic slouching animal style, and he also presents well-researched versions of his cast. The emotional underlay that Jason weaves into his material constantly surprises as it’s delivered by his largely impassive creations, although their choice is largely whimsical. The overall plot is no more served by the participation of James Joyce and Ezra Pound than it would be were they to be replaced by David Beckham and Ryan Giggs.

As with most of Jason’s works, this is more a graphic novella at 46 pages, but in common with the remainder of his Fantagraphics material, is presented in a nicely designed package on rich stock that holds the muted colours well.