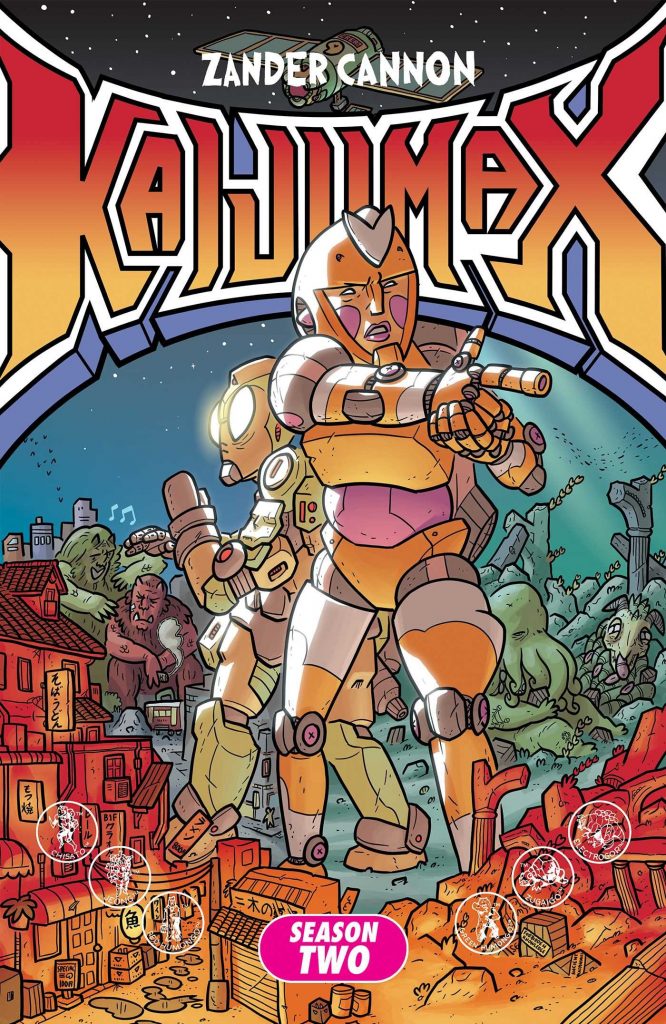 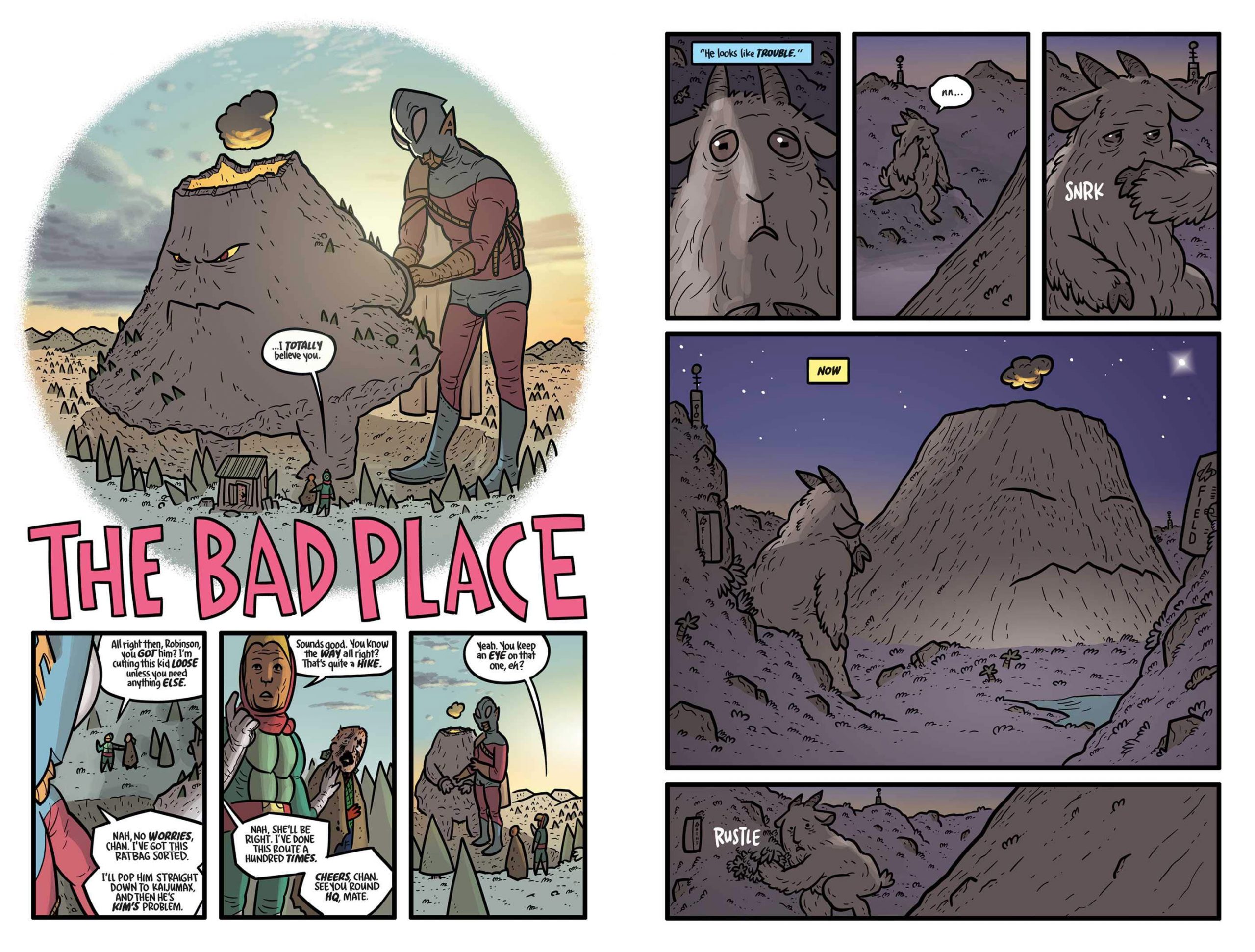 Kang, the warden of high security monster prison Kaijumax, keeps his inmates in line with the fear of being pulverised by his awesomely powerful Ultraman-style alter ego, but Kang is himself kept in line by someone he fears. Kaijumax is in lockdown after the event that ended Terror and Respect. And that means a site visit from Kang’s boss, old-school administrator Dr Matsumoto. She’s definitely not going to be impressed by what she sees. Is she going to demote him and give the prison a negative assessment that could mean disgrace and closure?

Zander Cannon’s genius mixture of vividly cartooned giant monsters plus grim Sopranos and Oz-style criminally violent drama continues in The Seamy Underbelly. The tension and surprises increase as Electrogor, now on the run with a red Humongo, tries to get back to his children while evading capture by the police and fighting other monsters on the way to his undersea lair. But hot on his trail is Chisato, a robot cop assigned to finding this electricity-eating menace. She has has a lot to prove because her brother is none other than Mechazon, criminal leader of all the robot and cybernetic lifeforms locked up in Kaijumax. And then there’s her new partner, Jeong, formerly a guard at Kaijumax who had to be reassigned after a traumatic incident. Nobody knows about the PTSD that keeps him permanently powered up because of his terror of being squished in his tiny human form, but his fear is affecting his judgement. How long can he hide it?

Kaijumax continues in King of the Monstas. You can also find The Seamy Underbelly collected, along with Terror and Respect in the mighty oversized Kaijumax Deluxe Edition Volume 1 which features commentary from author Zander Cannon plus thirty pages of scripts, movie reviews, production material and other extras.