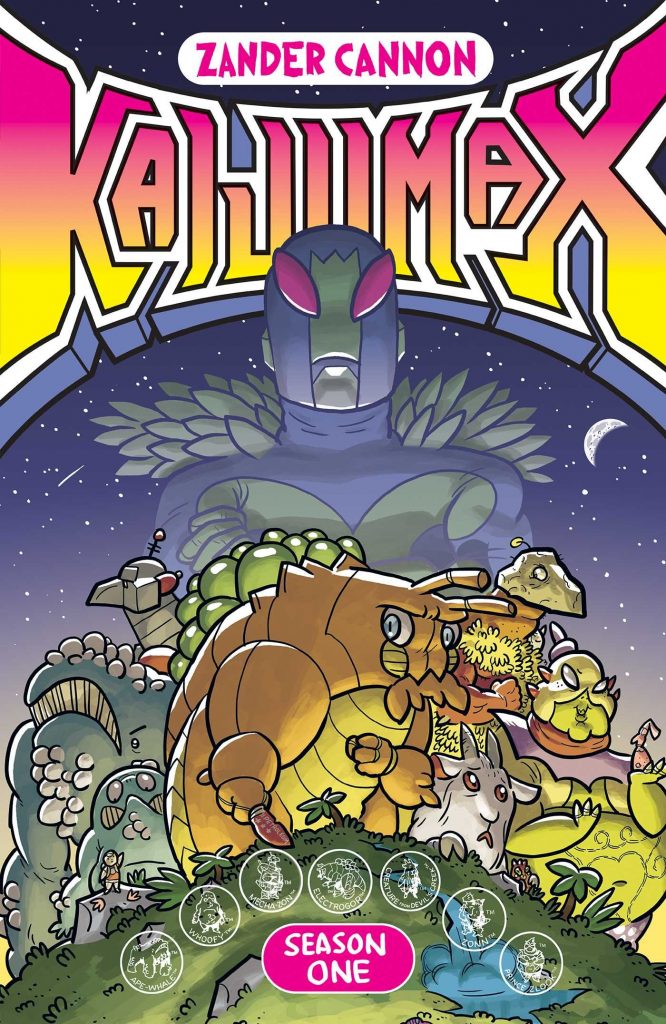 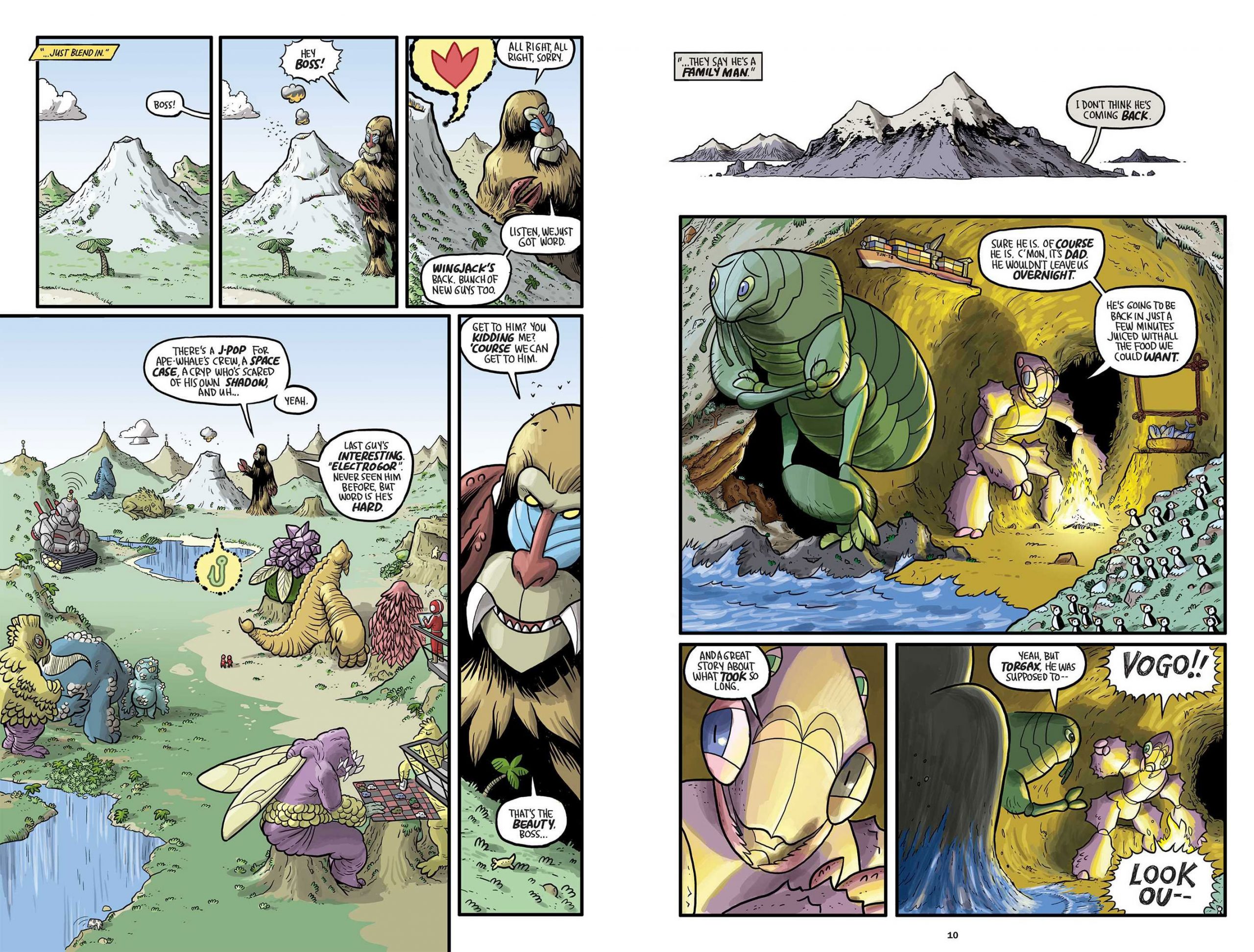 Kaiju is the Japanese word for monsters. Godzilla, Rodan, Mothra and the hundreds of creatures that go up against heroes such as Ultraman, Voltron or the Power Rangers every week on Japanese TV. But have you ever wondered what happens to them all after they’ve been defeated? Zander Cannon gave it some thought, and his high-concept answer is Kaijumax: an isolated, rocky island somewhere in the South Pacific that is a maximum security prison for giant monsters. They don’t wear orange uniforms, but in every other respect the inmates of this jail inhabit a violent, factional world of gangs and unpredictable assaults exactly like gritty prison dramas Oz, Prison Break and Orange is the New Black. It sounds oddly hilarious, especially when you see this facility is contained within a force-field and patrolled by super-powered Ultraman-sized guards, but there’s a lot more to this idea than a wacky, parody mashup.

Kaijumax opens with the arrival of a new group of prisoners to the island prison, among them Electrogor, a yellow Godzilla-esque monster who converts the electricity he feeds on into deadly radioactive uranium pods, and the Creature from Devil’s Creek, a giant goat-like cryptid hidden from sight for 40 years. An immediate demonstration of the prison hierarchies follows via the very different receptions these two receive; Electrogor, with his threatening power levels treated with some respect by the established order while they figure out how to use him, and the largely powerless goat creature instantly dominated and subdued.

Zander Cannon’s particular genius is to take two seemingly incompatible genres and combine them in a way that explores the logical endpoints of such a pairing. His cartooned style presents his megafauna protagonists in classic Saturday morning effect: brightly coloured, dynamic shapes against clearly defined backgrounds filled with visual jokes and easter eggs for monster movie fans. It becomes all the more disturbing when the grim realities of exploitation, corruption and violence among desperate, trapped criminals and sociopaths is acted out by his cast of archetypal monsters. Kaijumax is a great concept, brilliantly executed. If you have never been interested in either of the genres Cannon investigates here, you might find this combination to be the magic spark that ignites your interest in both. The series continues in Kaijumax Season Two: The Seamy Underbelly, and there is also the mighty oversized Kaijumax Deluxe Edition Volume 1 which collects books one and two, along with thirty pages of extras.